Fast back to October when we dashed up to our Idahome to retrieve Dear Lil' Mosey Inn #1.  Naturally, we took the SLO-ROAD back to Ol' Airy Zonie.  Out into Goat Roper Wyoming and down through the West End of The Uintas and sneaking through the back side of the SLC metroplex via Provo and Spanish Fork.  And then we beat feet for Price and points Southerly. 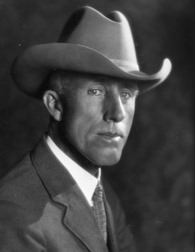 So, we're sitting there in the Center of The Universe and I said to Clair, "Have you ever heard about David Rust?"

Well, no, she hadn't.  But she was curious.  And being curious is a real big asset if you know what I mean.  So we drove on down from The Center of The Universe in Hanksville toward more mundane destinations, including, of course, Hite Crossing.

And it took most of a coupla hours or maybe more...maybe three hours...to tell Clair about David Rust.  You see, David was a most admirable Man.  He was a True Man's Man but he was even more than that.  You can't sum up David Rust just with a few words.  Nope.  It takes a book.  A Big Book naturally called "David Rust."

Well, by and by, Clair got David Rust Religion there a comin' outta The Center of The Universe like we did and she said, "I gotta read that book as soon as I can get my hands on it."  And, by golly and by gee, she grabbed ahold of a librarian and got that book in her hands PRONTO!

Well, when Clair finished the book (after 3 renewals) she burst into tears and sobbed and sobbed.  It was everything I told her it would be.

Tonight, it all came back around for her and she reconnected with the whole Hanksville Initiation Thing. (HIT).  Man, she LOVES David Rust and she LOVES everything she read in his book and it's so powerful and emotional for her.  Man, you can't even imagine.

Well, we're wrapping up TBT for this week and a lookin' forward to more fun stories a week from today.  But a word to the wise is this--if you wanna read something that's gonna knock yer socks clean off, get yer hands on "David Rust!"

Just ask Clair, she'll tell ya straight.
Posted by John Parsons at 10:30 AM