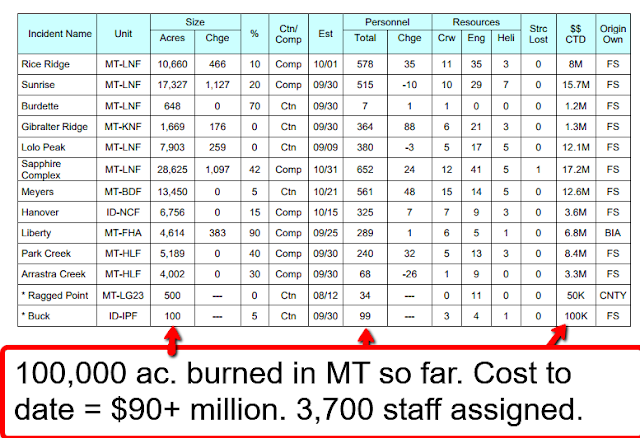 Montana's really been getting hit hard this fire season.  First off, there are some big fires burning on the west side of the state.  Meanwhile, the state is getting hit with smoke from major fires in British Columbia, Oregon and Washington.  Having just returned from that area, we can vouch for just how bad the smoke actually it.  It's really bad.  Meanwhile, Thursday evening lightning sparked several new fires inside Glacier National Park.  We were lucky to get to see Lake McDonald is only semi-smokey conditions the other day.  Now it appears that the picturesque lake is totally smoked in. 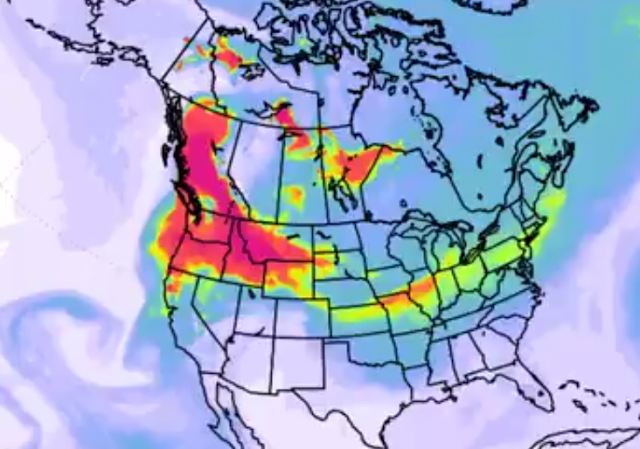 NWS Boise published a great short video showing the extent of the smoke now and how it might clear up in the next few days.  Hopefully, they will get some relief, even if only for a short time period.  Numerous people have been complaining on Twitter calling this year "Montana's Summer Without A Sun."  If you click on this link, you might be able to see the NWS Boise Tweet.  You might possibly be able to see the video from which we took the screen clip above.