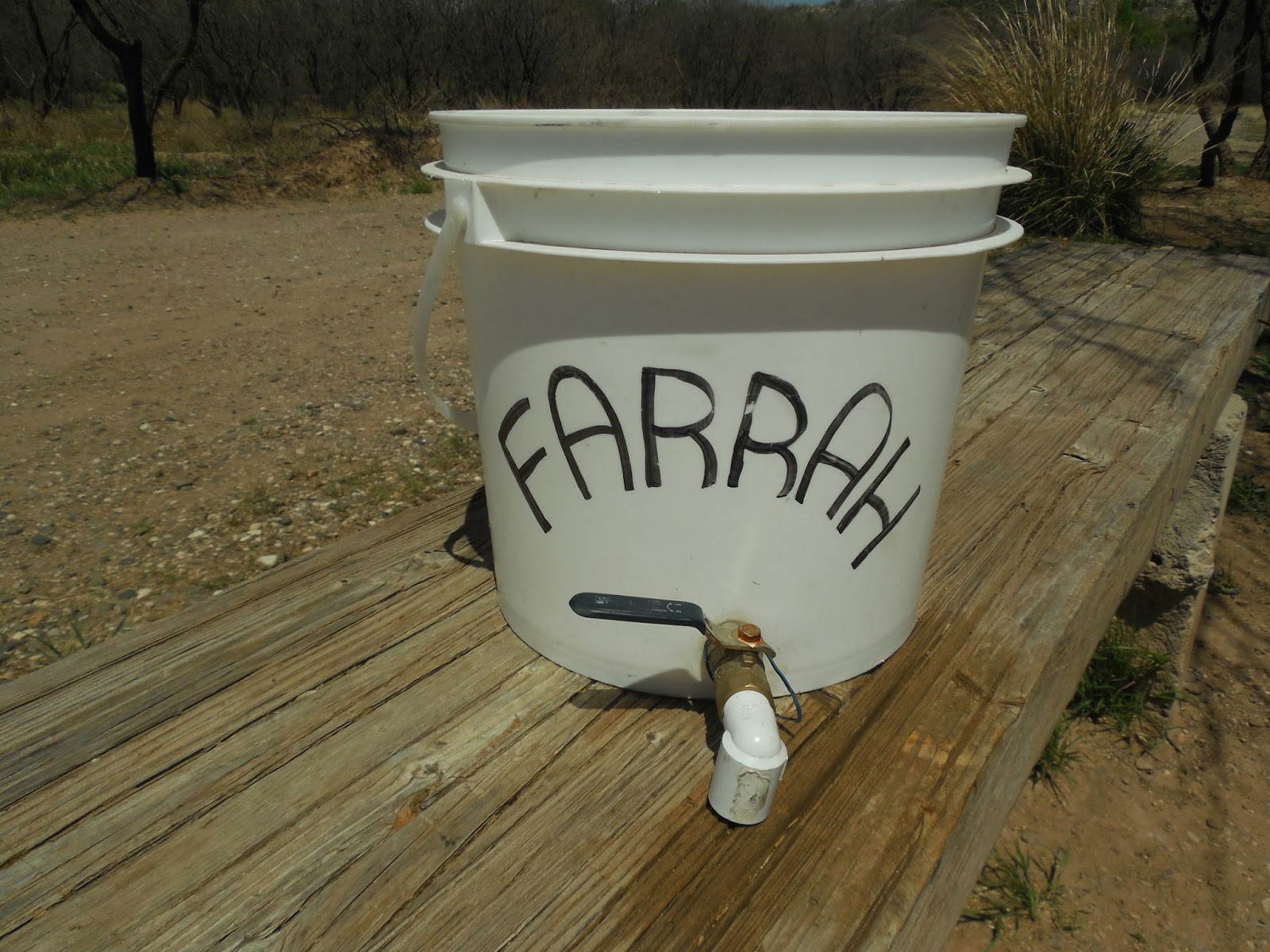 Ten years ago today it was Easter.  The actual calendar date was April 11th in 2004 but it was the second Sunday and that's what today is so we figure this is good enough for an important anniversary story.

Sweetie Susun and I went for an Easter Day Hike ten years ago today.  We hiked a little known trail beside Wet Beaver Creek.  We call it The Dance Trail but that's probably not it's name.  Anyway, we went way down the creek and sat in a beautiful spot and talked about our upcoming Summer of 2004.

After much discussion, we decided we needed a break from Forest Service Volunteering.  Up to that point, we probably had logged about 1700-1800 official hours of volunteering for the USFS.  As we sat in an idyllic spot beside Wet Beaver Creek we decided we both wanted to go spend much of the summer camped on The Aquarius Plateau north of Escalante, Utah.

The more we talked, the more certain that we weren't going to volunteer for Smokey (as we call the Forest Service) in 2004.  As we walked back to the trailhead and our truck, we stopped in the trail and said, "Well, let's just make it a promise to each other and a done deal--NO volunteering this year!"  So we shook hands on it and returned home, happy in the thought that we had made a decision and a plan.

OK, let's jump into the Way Back Time Machine and go to The Jenny Lake Campground in Grand Teton National Park in June 2003.  We were on a long volunteer Secret Shopper "Sue Trip," as we called them in those days.  The trip was maybe 4000 miles in about a month with few breaks.  We happened to be savoring a rare "day off" on that trip by staying at the "tents only" Jenny Lake campground.

Whenever we camp, we always use a handwash bucket called our "Farrah" bucket.  We noticed some guy staring intently at us from another nearby campsite.  After much staring, he soon walked over and introduced himself.  He was a river runner from Casper, Wyoming, who came to run the Snake River through the gorge.  Brett Simic was his name.  Anyway, Brett was enthralled by our Farrah bucket and made notes and talked about how to build one.  We politely exchanged email addresses and we both moved on with our lives.

Fast forward to February 2004.  That's when we received an email from Brett inviting us on a Salt River trip with a group of total strangers.  When Brett got his permit, he simply got online and invited anybody and everybody until he filled his roster.  I brought along Jim Miskol but otherwise didn't know a soul on the trip. It was an awesome trip.

A group of four guys showed up from Arkansas for the trip and they were great.  One of those guys was an Arkansas State Trooper and he and I talked often during the Salt Trip about volunteering for Smokey. He said he wanted to volunteer when he retired. I promised him I would send along the Region 4 Volunteer Guide when I got back home.

Well, upon returning to Rimrock, I realized I didn't have any Region 4 Volunteer Guides so I called Bill Lyons in Ogden and requested some.  Bill dutifully popped them in the mail and, guess what, they arrived on April 12, 2004.

Before I put one in an envelope to send to Lance (the trooper), I thought I'd write a nice long letter about the volunteering process.  In order to make the letter more interesting, I decided to open up the Volunteer Guide and pick volunteer positions purely at random.

Then I would call the Supervisor for that volunteer position and ask three questions.  First, I introduced myself and emphasized I wasn't interested in the position.  I described my letter writing project to Lance and said I was simply collecting some data to make the letter more interesting.

The three questions were:


Everyone was most accommodating and hospitable about these questions.  They provided all kinds of great details to help make my letter to Lance more interesting.  Except the fifth guy...

Now bear in mind, I am making calls TOTALLY at random out of this large booklet.  I closed my eyes and flipped blindly through the many pages and then put my finger on a page and opened my eyes to see what was there.  So, that's how I had made each of the five calls.

On the fifth call, I gave my opening presentation which always ended with, "I am not interested in applying for the position, I am simply collecting data."

Well, there was this incredibly LOOONG pause on the other end of the line and I thought for sure I had offended the individual...or worse.

Finally, the guy on the other end says, "Well, you're not going to believe this but the person who has filled this position for the past few years called an hour ago and told me she won't be coming back, are you interested in taking the position?"

I very carefully repeated that I wasn't interested in the position and then told the guy that the day before I had promised my wife we weren't going to be doing ANY volunteering in 2004.  Period.  Case closed.

Well, that didn't slow down the guy on the other end of the line.  Nope, my statement never slowed him down.  He said, "Well, you should know there's a very large and wonderful hot spring a few minutes from this cabin.  The cabin is surrounded by beautiful mountains.  There's a large, clear stream right in front of the cabin."

I repeated by previous statement but he kept it up, telling me what wondrous things awaited at Bowery Guard Station out on the far south end of The East Fork Road deep in the heart of The Salmon River headwaters.  I mean the guy was like a vacuum cleaner salesman or something.

Finally, I asked him to hold on and spoke out loud to Susun.  "He says there's a hot springs there and we get our own cabin and truck."  Well, Susun perked right up and told me to get some more details and we would "think about it."

So Ed Cannady gave us a few more titillating tidbits about the place and we politely hung up the phone.  Naturally, our conversation immediately turned to our promise made only one day beforehand.  Surely, we couldn't go back on our promise, could we?   Well, the more we talked about it, the more our interest grew.  Naturally, within the hour, we called Ed back and asked more questions and, well...one thing led to another and that's how we wound up volunteering not one, but FOUR summers at Bowery Guard Station in the Sawtooth National Recreation Area.

That 5th and final random phone call truly changed our lives.  And it all began with a humble bucket. 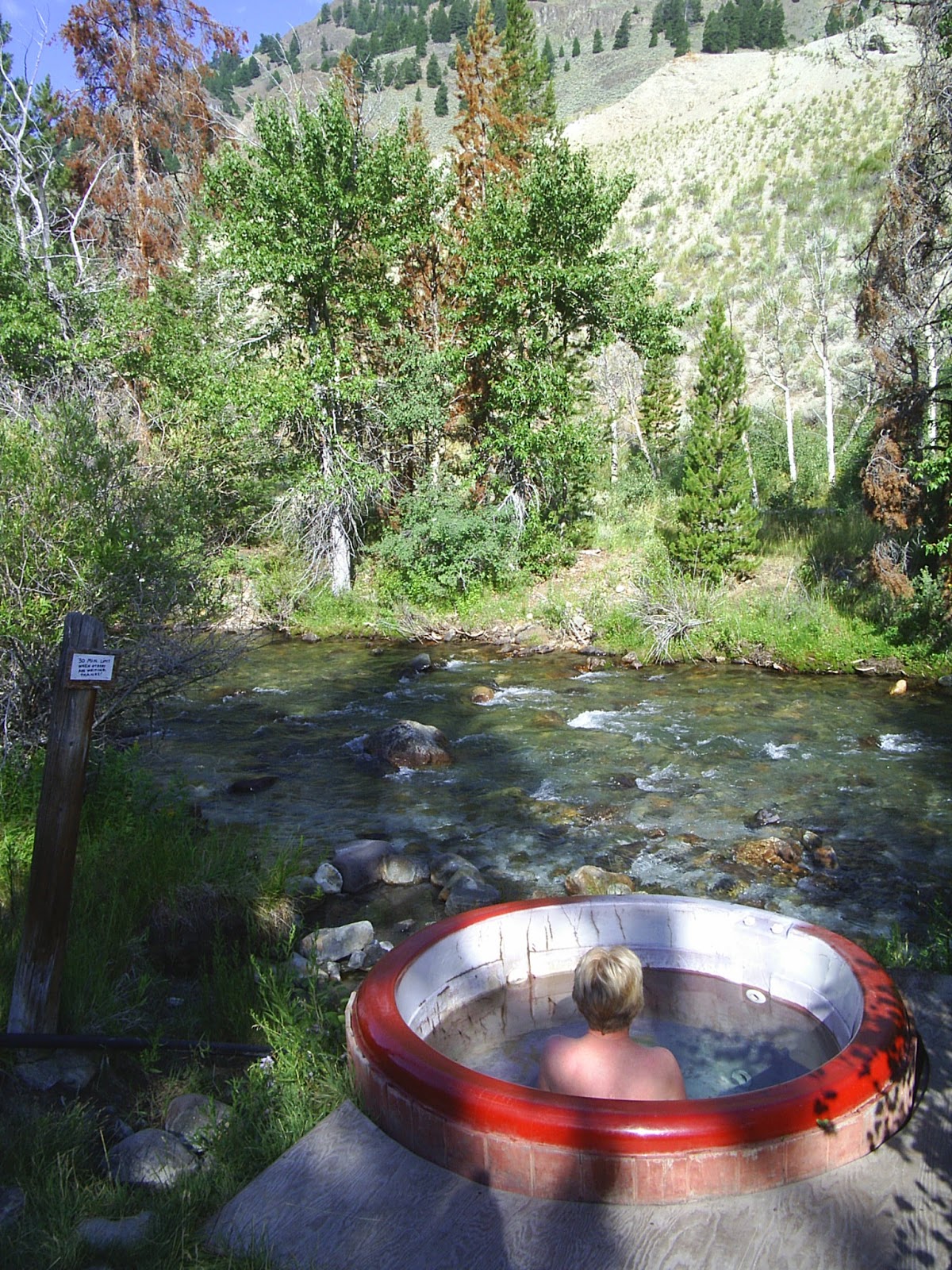 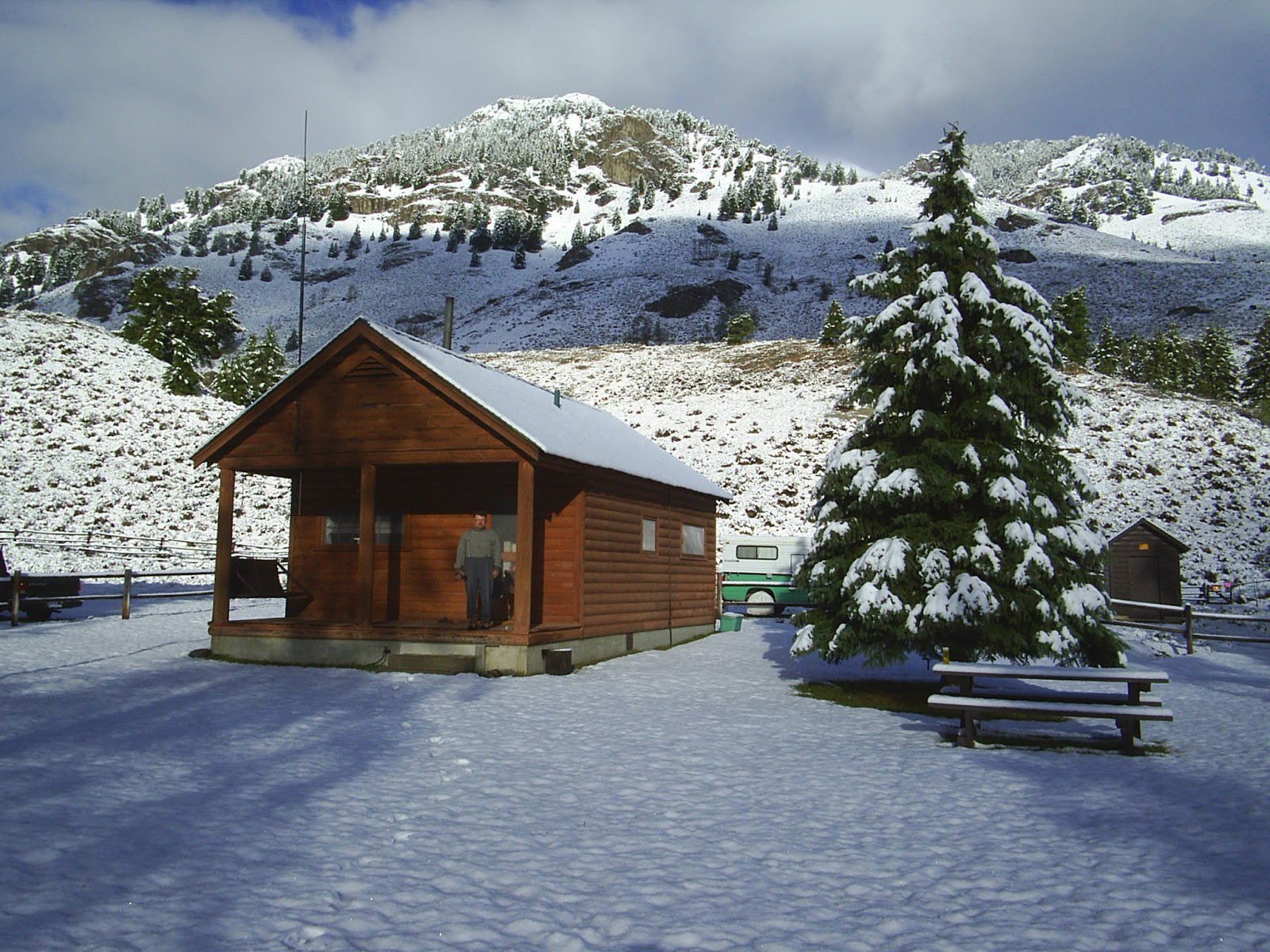 Bowery will always hold a special place in our Hearts. Four awesome summers in Disneyland!
Posted by John Parsons at 2:30 PM

And, had you and Susun not taken that position at Bowery Guard Station, my husband and I may never have had the joy of meeting you both. Friends to the end! East Fork rules!