April in The Tetons 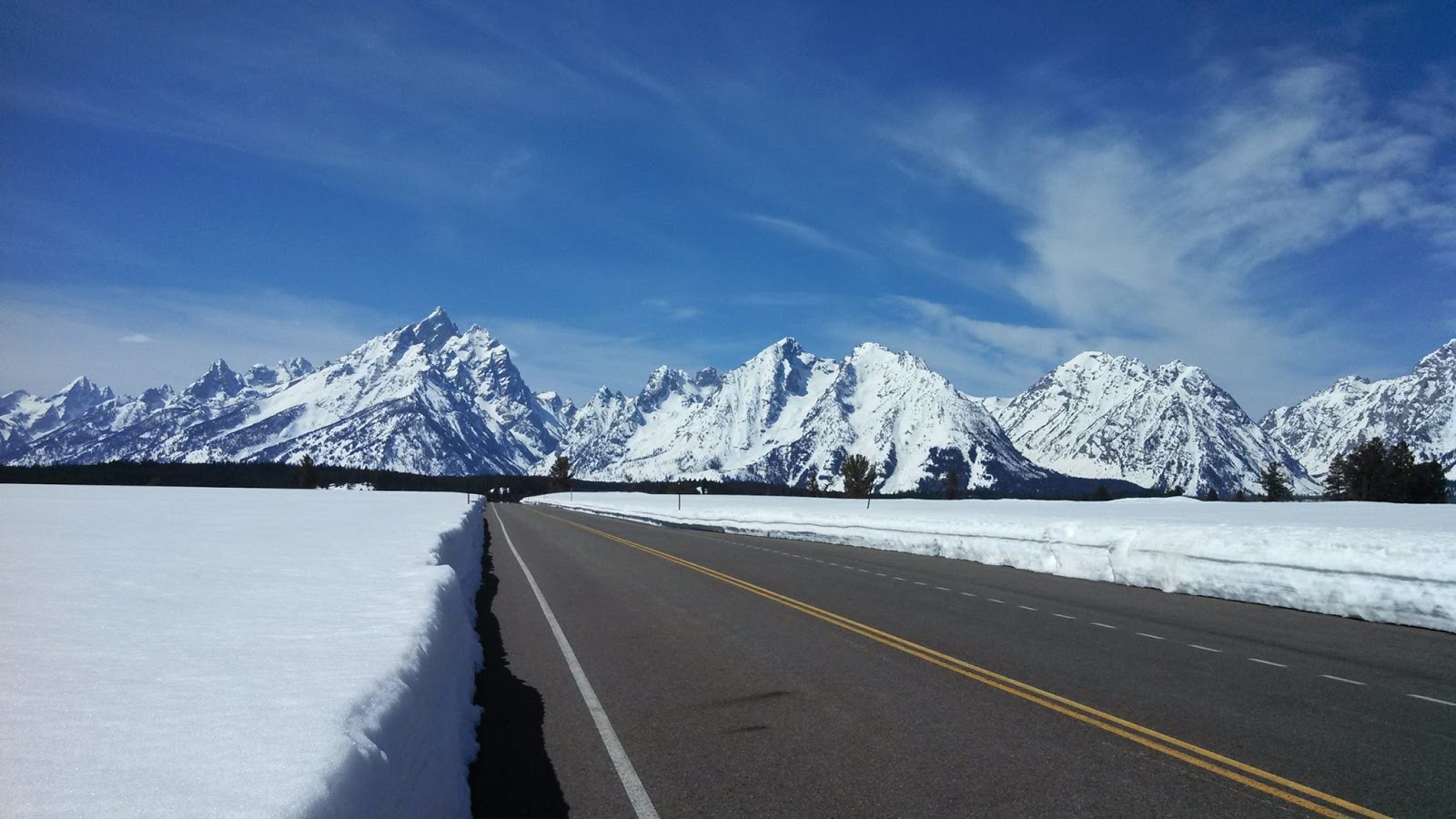 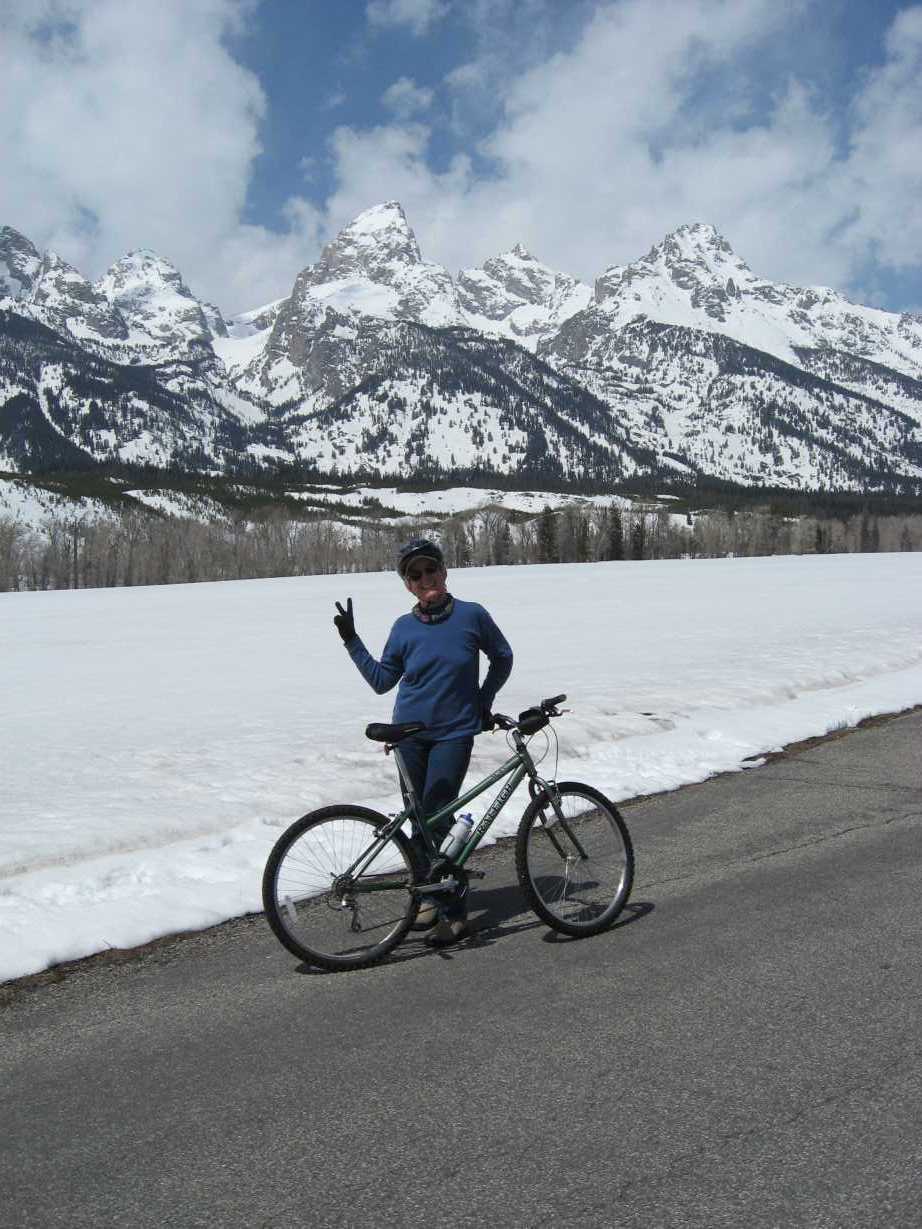 Photo by John Parsons, April 2009
(Editor's Note: This is the text of a narrative we put on our Facebook late today.)

Dear Friend Roger Allen Mayes put up a great post today about something Very Special to us. Roger's FB privacy settings are such that we can't share his post so you could all see it. Anyway, here's the deal:
The Grand Teton National Park plows the Jenny Lake Road early from near Moose, Wyoming back to its northern connection with the state highway. The idea is to let the pavement soak up the sun and let the roadbed dry out before the heavy tour buses wreck the road.
So, according to a long-standing tacit agreement, the NPS opens this road to "non-motorized traffic" April 1-30 and the opens the road to regular gas-guzzling vehicles on May Day. BY non-motorized we mean not only bicycles but roller-bladers, stroller runners, mere walkers, hikers, skateboarders, you name it. If it's non-motorized, it's THERE during April.
Some of the times we've done this road, it's been a human crush of all known human-powered forms of transportation, including things we've never seen before. You simply have absolutely NO IDEA what a joyous and incredible place this is during April. It's like a celebration, except nobody is stopping to party--they are eagerly zipping their way through one of the most spectacular Visions of Paradise on Earth. The smiles are as wide as an ocean and the Joy is tangible. We can't even begin to describe what it feels like to be there and do this.
Well, anyway, Roger posted the first photo (and several other great pictures as well) and we have posted the second photo of Sweetie Susun on that legendary road in April 2009. Below is the comment (in quotes) that we left on Roger's FB:
"Thanks for this GREAT view of one of THE Sweetest of Sweet Secret Sweet Spots--April in GTNP when cars are banned and only human-powered conveyances rule the road! Some of our fondest snow-season memories were created on this stretch of road. There is truly nothing else like it that we know of...anywhere. It is surreal.
In fact, ironically, Roger Allen Mayes, we have been scheming for weeks now to try to get over there as soon as we return to savor these scenes. Normally, April brings down room rates in Jackson to rock bottom. The economy must be doing well because there's no such deep discount this year.
This is a genuine "One-Of-A-Kind" experience you have to witness first hand to be able to grasp the enormity of it all. THANK YOU SO MUCH for sharing your photos and post--and congratulations on a great long ride in Paradise!" 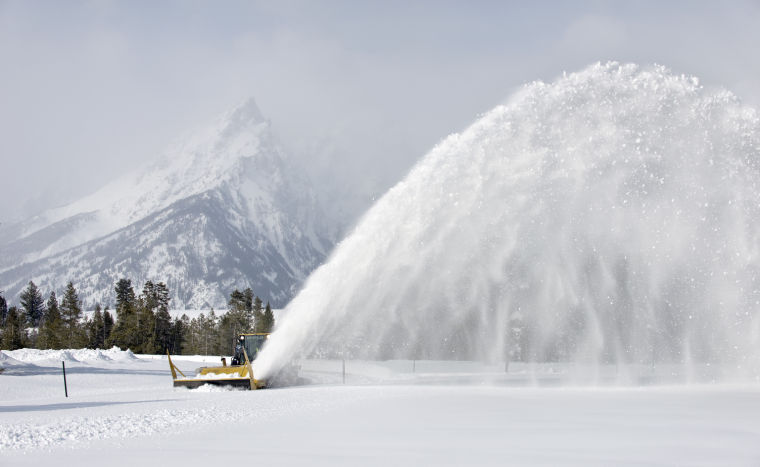 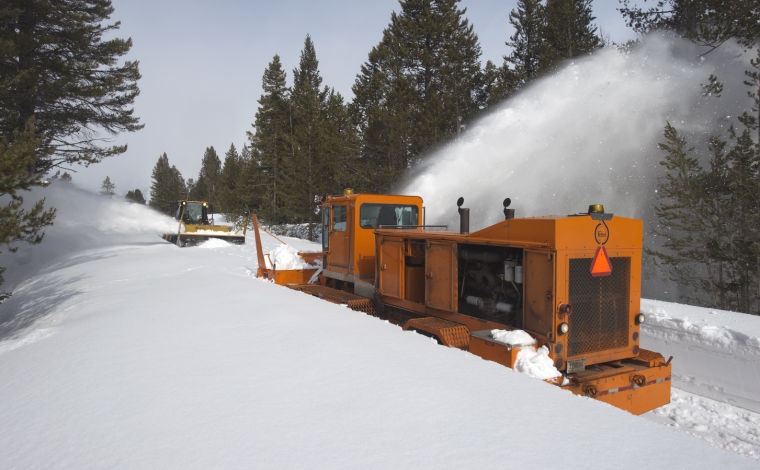