It's mid-February and danged dry here in Arizona.  The temps might hit 80 here today and mayby 90 in Phoenix before we cool back down into the upper 60's this upcoming week.  Whew, relief from the incessant heat!

There will be no Sunday Morning Edition as we are going down to Phoenix to pick up Sweetie Susun upon her return from Kauai.  We presume we will resume the Morning Edition on Monday. 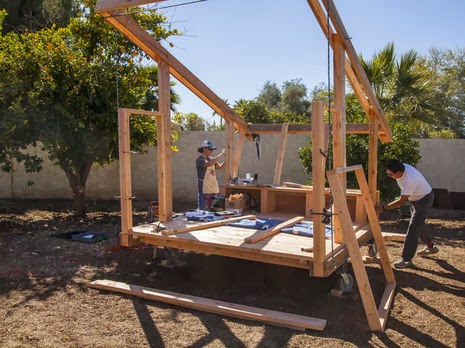 This morning's Arizona Republic carries a long article about Micro houses.  Tiny Houses are all the rage these days.  Supposedly, to qualify as a micro house, the structure has to be less than 600 square feet.  That leaves us out--our place is only 700 square feet.  I guess we are a Mini House, not a Micro House. 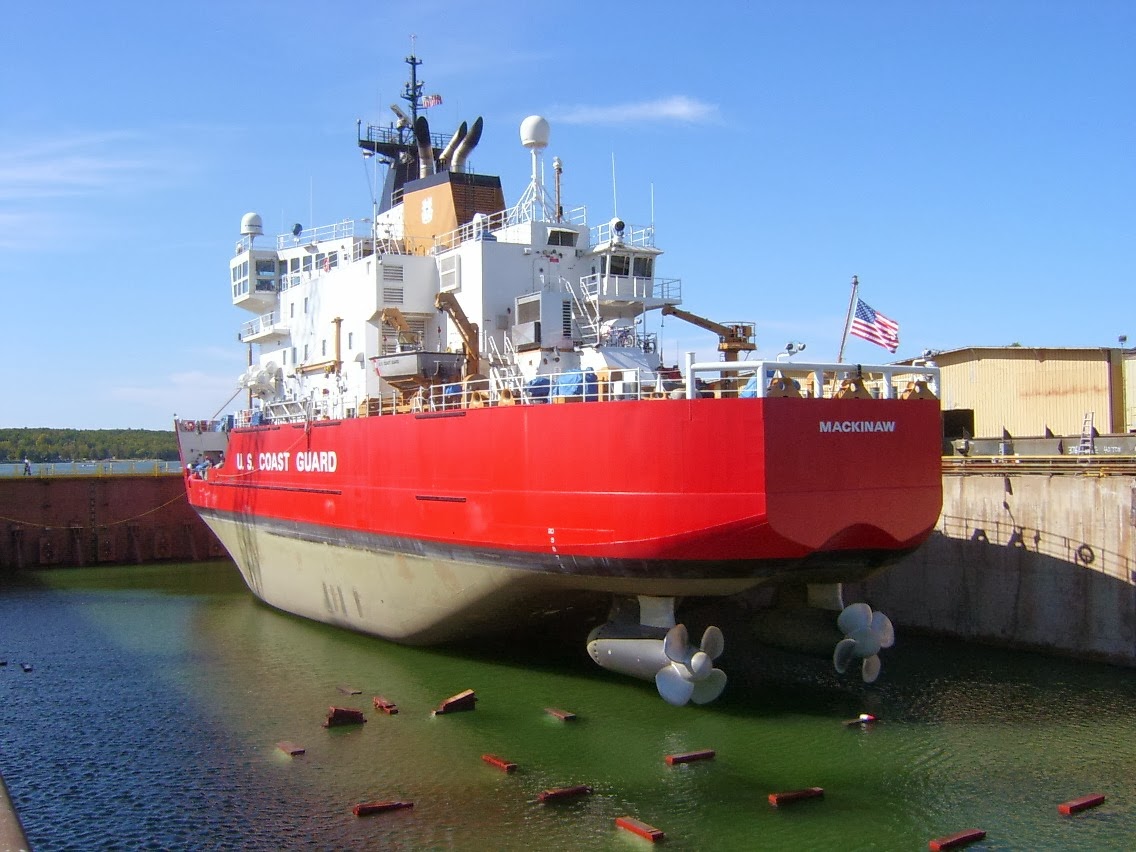 The US Coast Guard doesn't appear in the news very much.  We generally only hear about them when they rescue people.  The Associated Press carried an article about a Coast Guard icebreaker.  Here's a quote from the article, "The 240-foot Mackinaw began its duties Dec. 16 - several weeks earlier than usual - and worked nonstop until Feb. 8."  "As you can imagine, the crew's tired," Cmdr. Michael Davanzo said.

Well, yeah, can you imagine such a long stint head banging ice?  Here's the article and then below we have the specifications and capabilities of the Mackinaw. 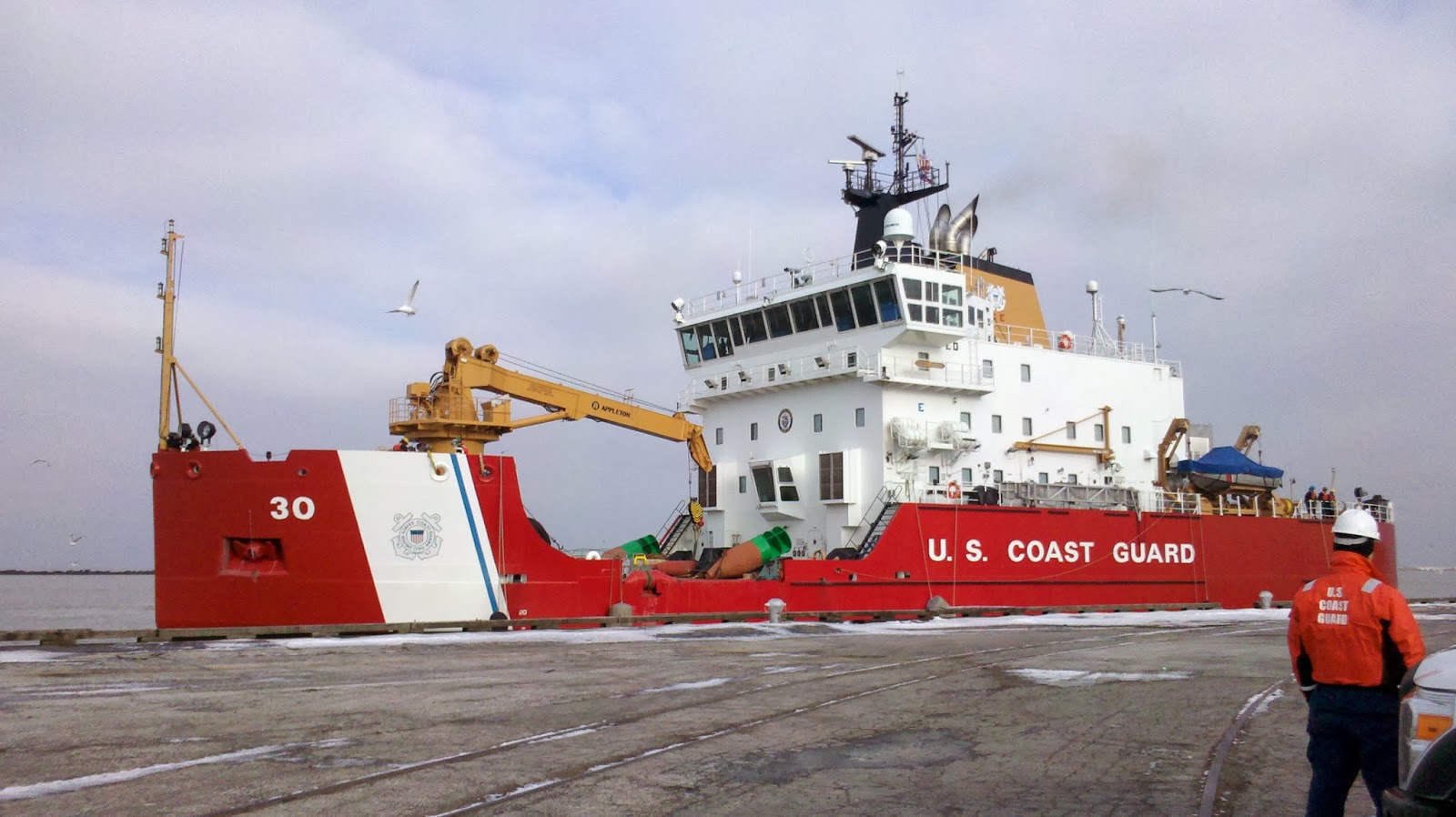 Finally, we simply couldn't resist using this headline of our own: "Three Dog Night Every Day."
Yep, if this new ordinance makes it into law that what we would have in Idaho Falls.
(Copyright 2014 by "The Post-Register")

Idaho Falls residents may soon be limited to keeping no more than three dogs.
City Council members passed, on first reading Thursday, an amendment to the city's Animal Ordinance. The amendment would cap at three the number of dogs that could be kept at homes or businesses. The amendment also would require any dog or cat adopted from the Idaho Falls Animal Shelter to be spayed or neutered within 30 days.
The ordinance currently permits two dogs per household and up to five for those who hold a noncommercial kennel license. The amendment would eliminate the noncommercial kennel license requirement, creating a three-dog maximum for all residents.
During the council's regular meeting Thursday, officials said the noncommercial kennel licenses have caused problems. Those who apply for a license often do so because neighbors complain, Animal Services Manager Irene Brown said.
Limiting the number of animals in the city would reduce nuisance complaints, Police Chief Mark McBride said, and could ultimately lower the number of strays, as well as the number of dogs that are euthanized.
"There just aren't that many places to adopt or rescue shelters to take all those animals," he said. "If you allow more animals in this community it's just going to cause those numbers to rise, too."
Service animals would not count toward a household's total number of dogs. Those with more than three dogs and who hold valid noncommercial kennel licenses would be able to reduce down to compliance numbers as their dogs die naturally.
The amendment requires three separate readings to become law, but the council can suspend that rule if it so chooses. Council members refrained from final passage Thursday because they felt there hadn't been enough public comment on the amendment.
"Passing on first reading is a heads up to the public that we're really looking for input," Councilman Mike Lehto said. "When this is back on the agenda in two weeks, we'll take a look at who shows up, and try to get a general sense of the comments we have from people to make a decision."ay
Posted by John Parsons at 7:43 AM

The time really flew by it seems. Glad your sweetie is coming home. The SacBee graphics were interesting. Such drought. Currently a bit rainy and cloudy in Florida but more sun on the way.