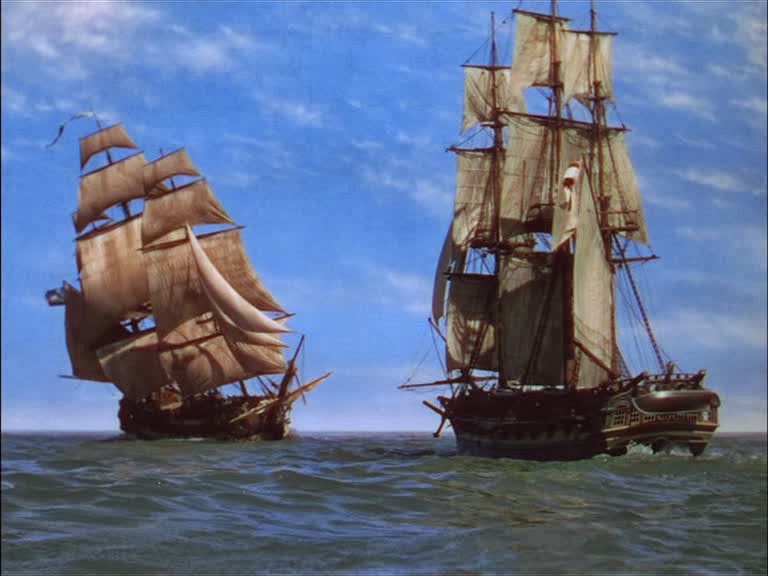 Good Morning!  We hadn't planned to do a Morning Edition today.  However, we didn't sleep well and got up at 4:30 am.  So, what's a guy to do at four thirty in the morning?  "Read N Roam," of course.  Normally, we visit various newspaper and look around for fun stuff.  This morning, we decided to pick on three specific topics--Idaho snowpack; Sue Malone's Blog and last week's Indonesian volcanic eruption.

As always, when one is Readin' & Roamin' one encounters unexpected and often delightful surprises. So it was this morning when we discovered a really fun new blog that goes into incredible detail about the use of model ships in the movie.  There are very few who would get excited about a blog like but we happen to be one of those "very few people."  It is going to be such incredible fun to read the entire blog and then sit back and wait for new posts to appear.  Whoever is doing this blog is unbelievably Type A OCD about their work.  Speaking as a "serial blogger," we know how much work goes into blog posts such as you will see on this site.  We simply can't even imagine the time it's taken this blogger to compile these detail posts.  WOW!

OK, let's move on to the Idaho Scene.  Things are looking MUCH better in the Water Department as we enter the last trimester of February.  Back as this month dawned, it was looking very bleak up in Idaho.  The past two weeks have morphed angst into a collective statewide exhale of relief.  And more relief is on the way!  The first graphic is the 7-day QPF which takes up out to February 25th.  It's pretty evident that Idaho and The Snake River in particular are going to finish the month on a strong note.

In fact, the US NRCS Idaho Water Supply Specialist Ron Abramovich told the Idaho Statesmen that given recent precipitation, the state is only one or two extreme snowstorms from a normal year.

You can read the full article here: 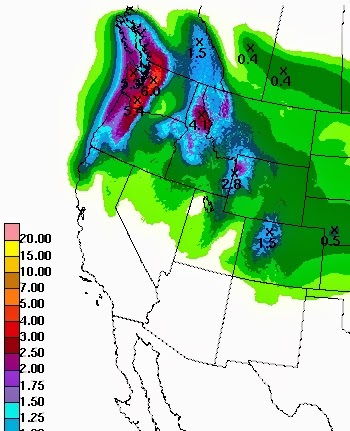 The Middle Fork watershed is looking MUCH better than it was when the results of the lottery were announced earlier this month.  What with new snow on the way, there is definitely going to be a decent river running season there this year.  Our July 12th permit should see some real nice water levels and not the low flow we had feared.  Note that Banner Summit now has over six feet of snowpack. 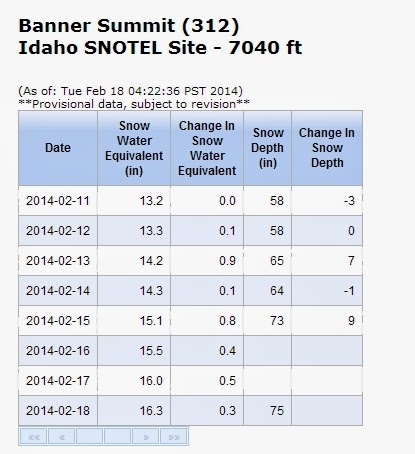 Our final graphic shows the Two Ocean Plateau SNOTEL in Wyoming.  It's inside Yellowstoen National Park at the tippy top headwaters of The Snake River.  It's the single best SNOTEL to watch for snowpack conditions affecting the vast irrigated acreage fed by the Snake.  Note in a mere 11 days, the snowpack has gained two feet of snow and the actual water content contained in that snow increased by over 30%.  All-in-all, this is very good news to a LOT of people.  It greatly reduces the early season fire danger, takes the pressure off fretting farmers and generates some enthusiasm for always-optimistic river runners. 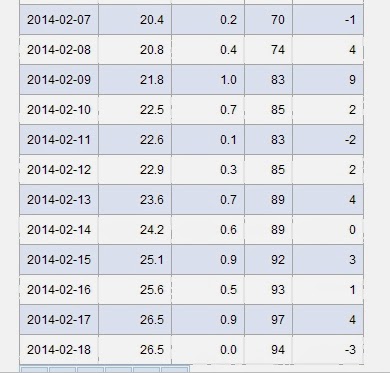 OK, let's move from the frozen, snow-covered Northland to the beaches of Florida, shall we?  Our favorite vagabonds are now enjoying The Good Life under swaying palm trees while they paddle their kayaks amid playful dolphins.  Sue Malone writes blog posts which make armchair, vicarious travel the most such fun we've had in a really long time.  She has put up quite a few posts since we last caught up on her outstanding blog.  Rather than list all the posts individual as we have done in the past, we're simply giving you her main address and sayin' "Go Visit Sue's Blog, kick back and enjoy the stories."  THANKS, Sue, you're doing a great job keeping us vicarious travelers happy and well supplied with reading material and photos. 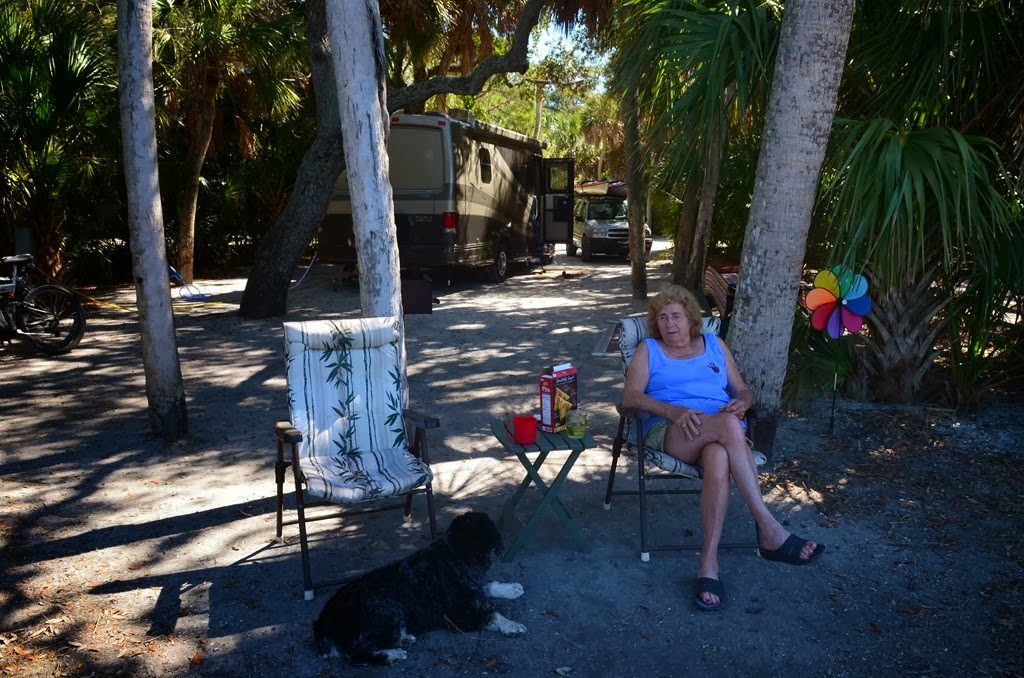 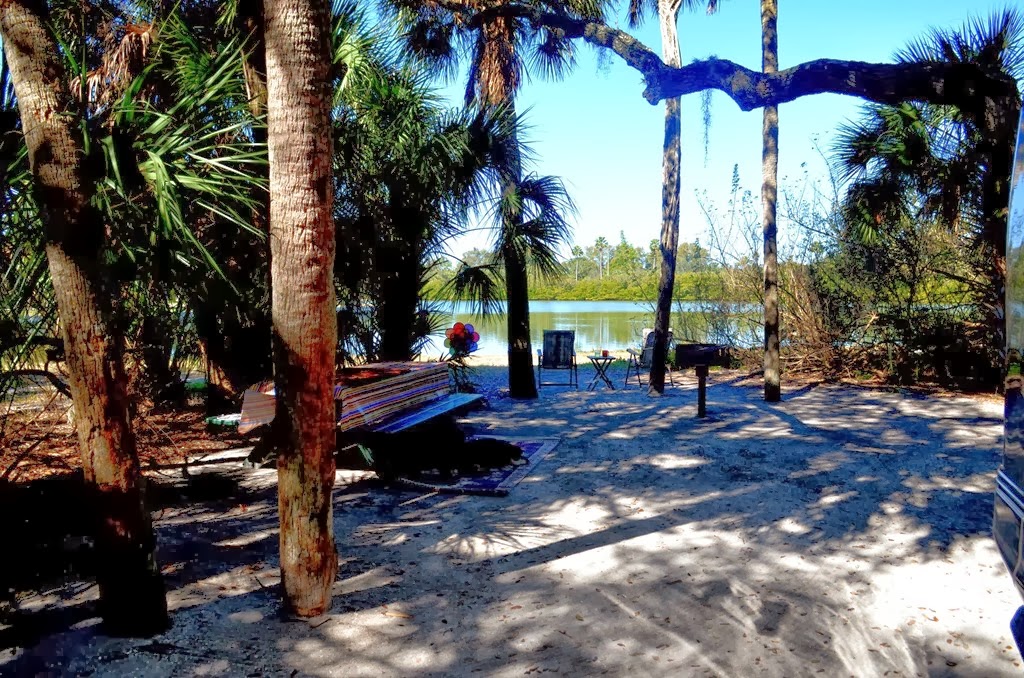 OK, now let's move on to volcanoes. Everybody has heard of Krakatoa's 1883 eruption. It was so huge that average global temperatures fell by as much as 1.2 degrees Celsius in the year following the eruption. Weather patterns continued to be chaotic for years and temperatures did not return to normal until 1888.

Interesting, Krakatoa is located 6 degrees SOUTH of the Equator in the Southern Hemisphere in one of the planet's most active volcanic activity areas--Indonesia.  Last week's major eruption of Mount Kelud certainly wasn't as big as Krakatoa but it was really big.  How big?

Well, it's ash footprint reached a 155 miles in all directions (A 310 mile diameter circle.)  It shot ash practically into space with the ash and gas reaching the very upper limits of the earth's atmosphere.  Kelud is a little farther south of the Equator (8 degrees) but the implications are hard to ignore.  Once a volcano shoots ash and sulfur gas as high as Kelud did last week, that blob of stuff somehow finds a way to mix into the Northern hemisphere's atmosphere as well.

Garden variety volcanoes that erupt frequently in the sprawling Indonesian area don't generally affect the Northern Hemisphere.  We feel fairly certain Kelud will be different.  This morning we were unable to find any reports on the footprint of its ash and gas cloud.  We will continue checking each day because that sort of information usually comes along fairly soon after such a large eruption.

While we were goofing off this morning roaming our three chosen topics, we found these fun photos of the model ship used in a movie about Krakatoa.  That's how we discovered the blog we raved about to begin this Morning Edition.

We also found some interesting facts about the giant Hawaiian volcano...see below. 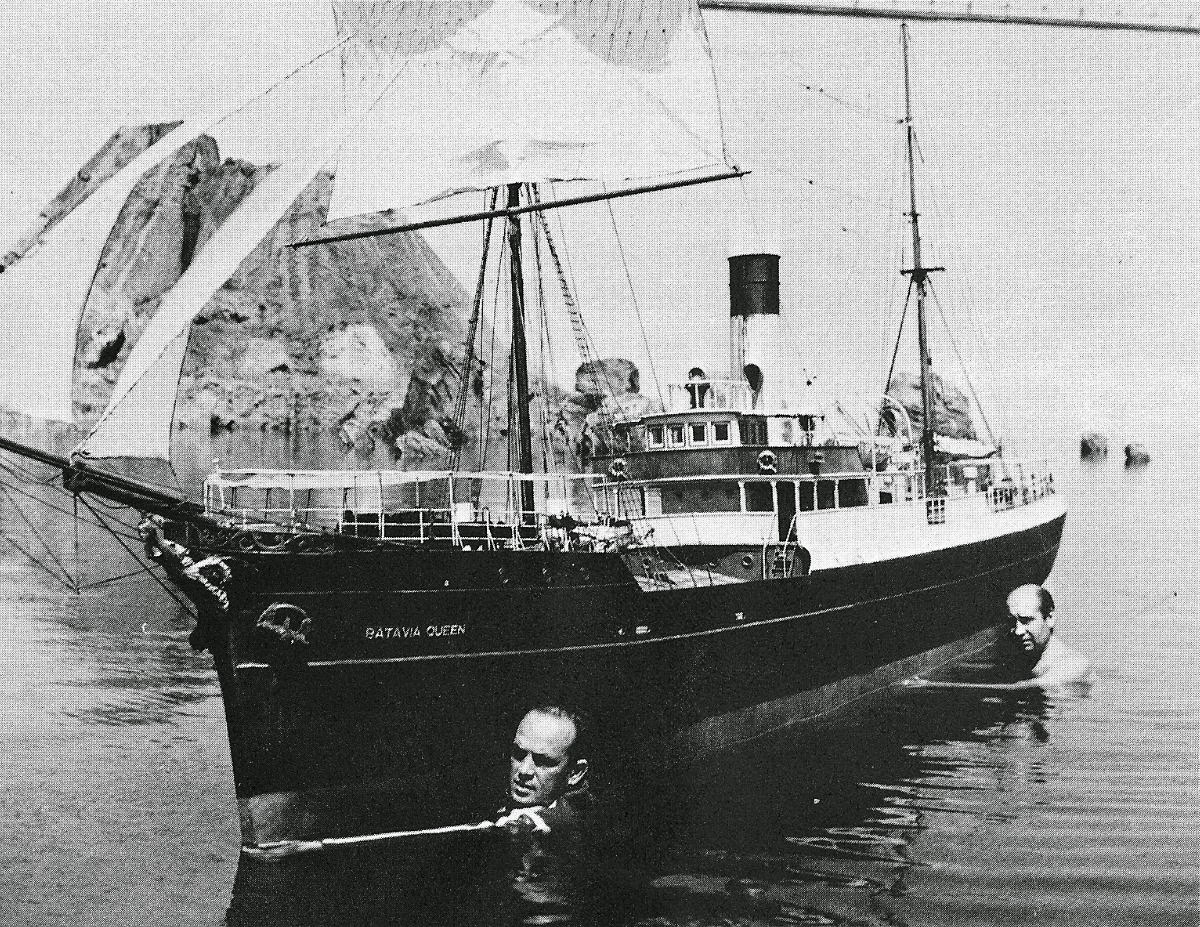 Here's the link to the post about these model ships:
http://modelshipsinthecinema.com/wp/archives/548 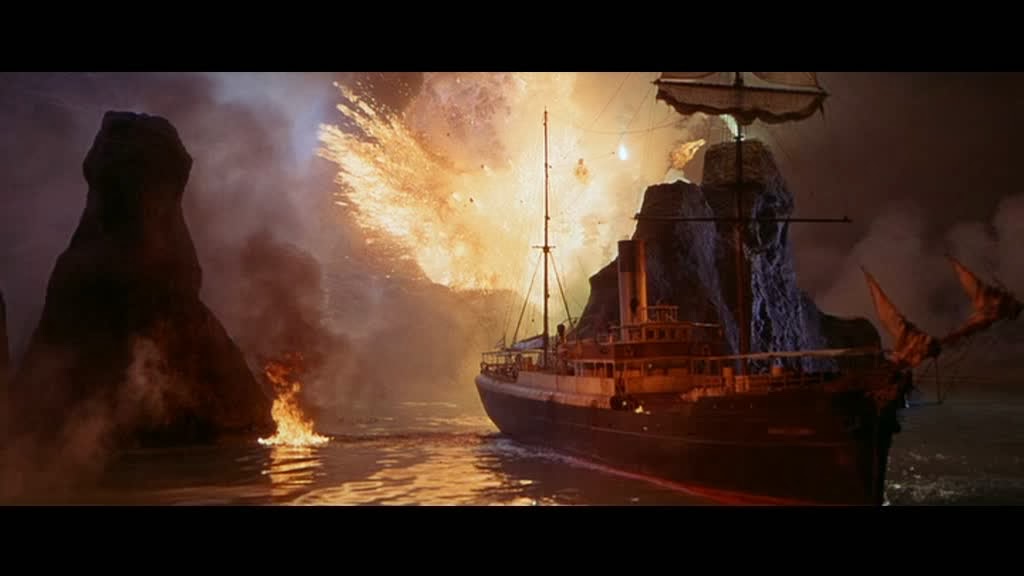 Mauna Loa is the world’s largest active volcano, said Trusdell, noting it extends 13,697 feet above sea level and about 3,100 feet below sea level. Its name meaning “long mountain” in Hawaiian, Mauna Loa covers more than 50 percent of Hawaii Island, extending into Hilo, most of the southern portion of the island and toward Kiholo Bay in North Kona.

“Mauna Loa is so huge that it actually causes the pacific plate it is residing on to sag under the weight of the volcano,” said Trusdell