Happy Valentine's Day!  Today has been an interesting cyber ramble 'round the media from coast-to-coast. This Morning Edition isn't particularly long but it's taken 90 minutes to compile today.  Why's that? Well, we've come across many intriguing stories and "good reads" and so we've spent a lot of time enjoying a wealth of content this fine February 14th.

Much of what we've read  isn't shown here in the Morning Edition.  For example Facebook's 50 genders was a fascinating topic.  Also, the most airline flight cancellations in 25 years.  Yikes.  We spent a LOT of time reading about Sun Valley's Sweetheart, Kaitlyn Farrington.  And then there's the weather, of course.  Always the weather.

We do have a "Game Changer" to report today.  There was a giant Indonesian volcanic explosion today.  It's the kind of eruption that will affect world weather--absolutely NO doubt about it.

But first this pizza story to jump start your Valentine's day: 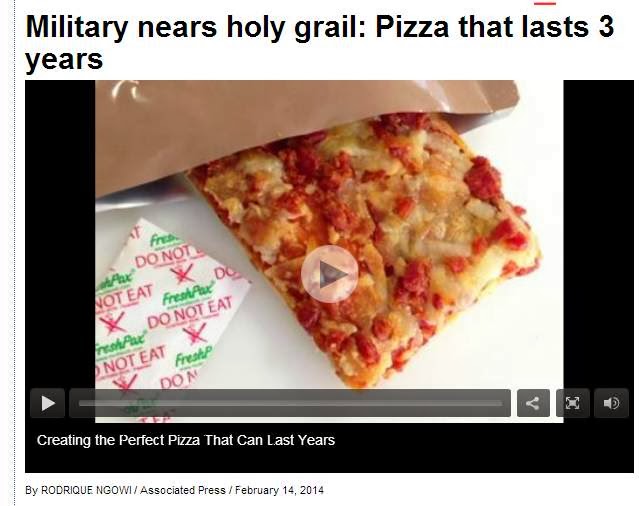 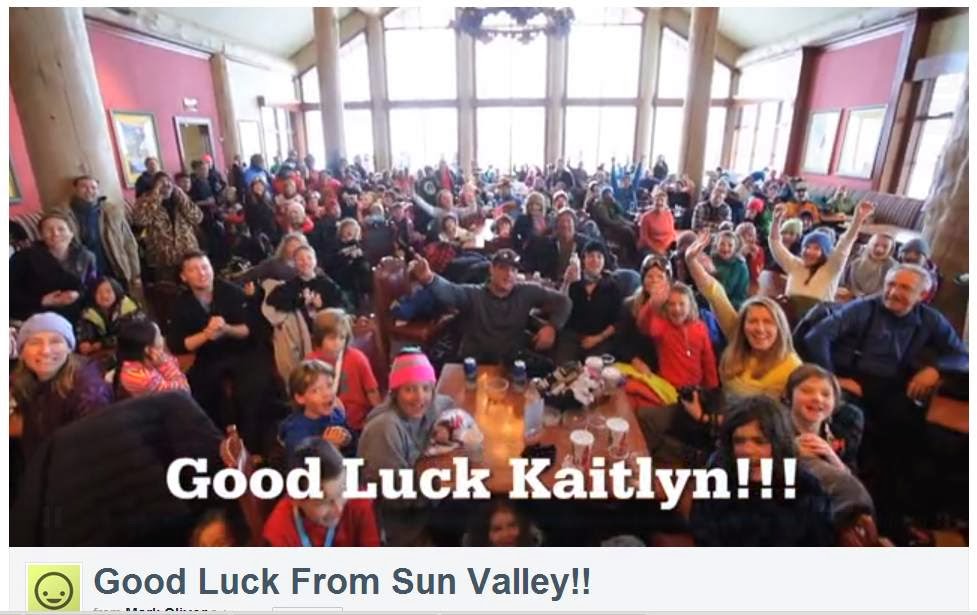 We purposely didn't report on Kaitlyn Farrington's absolutely stunning Gold Medal performance yesterday because we wanted to wait for the media to finish fully reporting on her Olympic Victory.  First, there's the news and then comes "the rest of the story."  That's why we waited until today.

Easily, the most touching, heart-warming, feel-good story is about a video that may just have created that razor thin edge in Kaitlyn Farrington's winning time.  She got to see the video while on the slopes that day and is said to have almost been moved to tears by it.  Well, I can guaranteed you that I was moved to tears by it.

Here is the story describing the role of the video:

It is a really Super Sweet Special Sun Valley production.  Surprisingly, the Vimeo video only has slightly more than 5,000 views.  Here is the link--Enjoy: https://vimeo.com/86472048

Meanwhile, the primary print media in The Wood River Valley did a great story on the historic win.  Ya gotta love a quote like this one from that article:

Well, since we're on the topic of snow, how about these Banner Summit SNOTEL stats?  Things are looking MUCH better for summer flows on The Middle Fork of The Salmon River.  MUCH better! 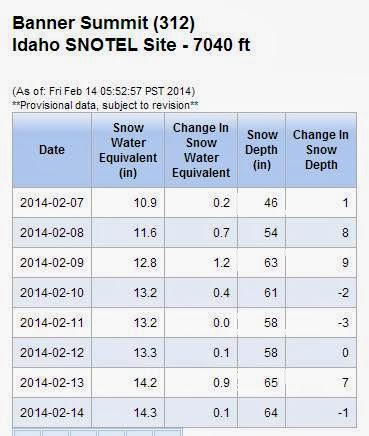 By CODY McDEVITT
(Copyright 2014 by "The Post-Register")

It's not often that an audience gets to sing along with the performers they're watching on a movie screen.

But that experience awaits those who attend the Idaho Falls Arts Council presentation of "Sing-a-Long Sound of Music" at the Colonial Theater on Feb. 21.

"I really believe they're going to enjoy the feeling of community and feeling of togetherness," show host Mike Nelson said. "It's going to be a connected experience. You're going to be sitting next to people who share your passion."

The family-friendly show will feature a costume contest and karaoke-style presentation of the 1965 film that starred Julie Andrews.

"If you're like me, not only do you love show tunes, but you probably haven't seen your favorite musical with 200 other people who love it like you do," Nelson said. "Just like a comic-con, seeing everyone who has a common love is a really cool feeling, singing the words of songs you love with a couple hundred of other people."

Nelson, a radio host for KLCE "Classy 97" in Idaho Falls, will emcee the first half of the show. He described the show as more of a concert than movie-theater experience. The costume contest will kick off the event, with prizes such as T-shirts and a stuffed goat given away to audience members. Afterward, the movie will be shown. It will feature song lyrics displayed on the screen and periodic interjections by an announcer encouraging audience members to sing and dance.

Amber Carmichael, office and rental manager for the Arts Council, plans on wearing an Austrian dirndl, a traditional dress worn in Germany, Bavaria and Austria. She also may wear a wig or braid her hair in pigtails.

"I'm excited to see the interaction of the audience and the video," Carmichael said. "You get to do little things and have fun. The costumes will be cool. It's going to be a new experience. I don't know of any other time that there has been anything like this."

Brandi Newton, executive director of the Arts Council, said the film version of "The Sound of Music" was shown at the Colonial Theater in 1965.

"It's as if it has come full circle," Newton said. "I think it's fun to see an iconic movie like this in its original presentation, and yet have the fun of being with so many friends singing at the top of your lungs."

What: "Sing-a-long Sound of Music"

Tickets: $12. Purchase at www.idahofallsarts.org.
Posted by John Parsons at 7:39 AM

As one of the sponsors of Sound of Music, I wish you could be here. Should be a lot of fun, but wearing short pants and leiderhosen is not really good at this time of the year