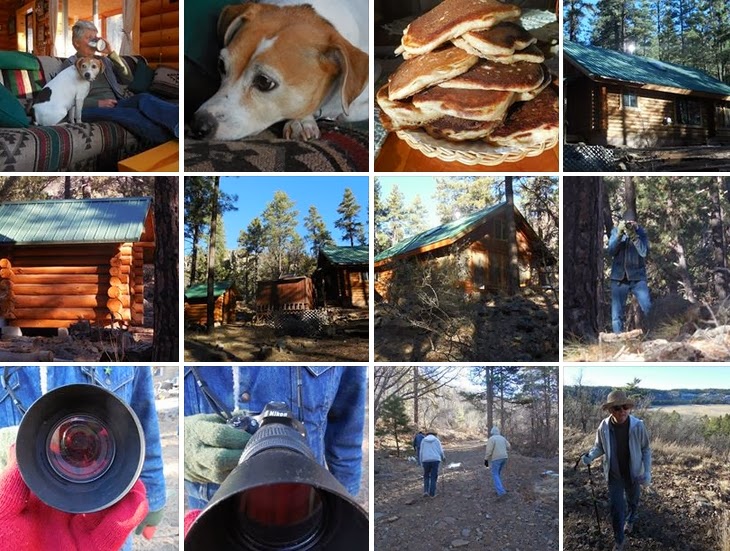 We didn't have a Morning Edition Sunday because we we spent Saturday night at Connie and Michael's Place at Stoneman Lake.  There's no grid power there.  If people want electricity, they have to use solar panels and/or generators.  Since Stoneman sits down in a deep caldera-like bowl, there's absolutely no cell service much less internet.  Connie and Michael like it like that.  Their awesome place provides a welcome break from the fast lane of the information super highway.

Ironically, Connie & Michael built their cabin the same year we built our Straw House so it's a 20th Anniversary for both of us.  In case you missed our Facebook link to the blog post we put up Sunday, click here to go there.  Thanks, Connie & Michael, for an awesome visit! 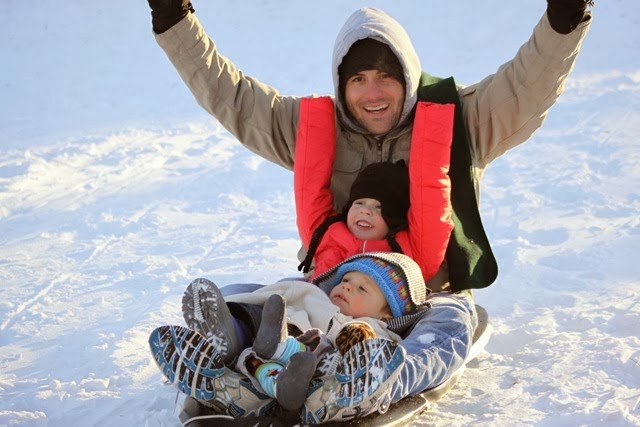 Yea!!!!  Kirsty's Back to Blogging Again! 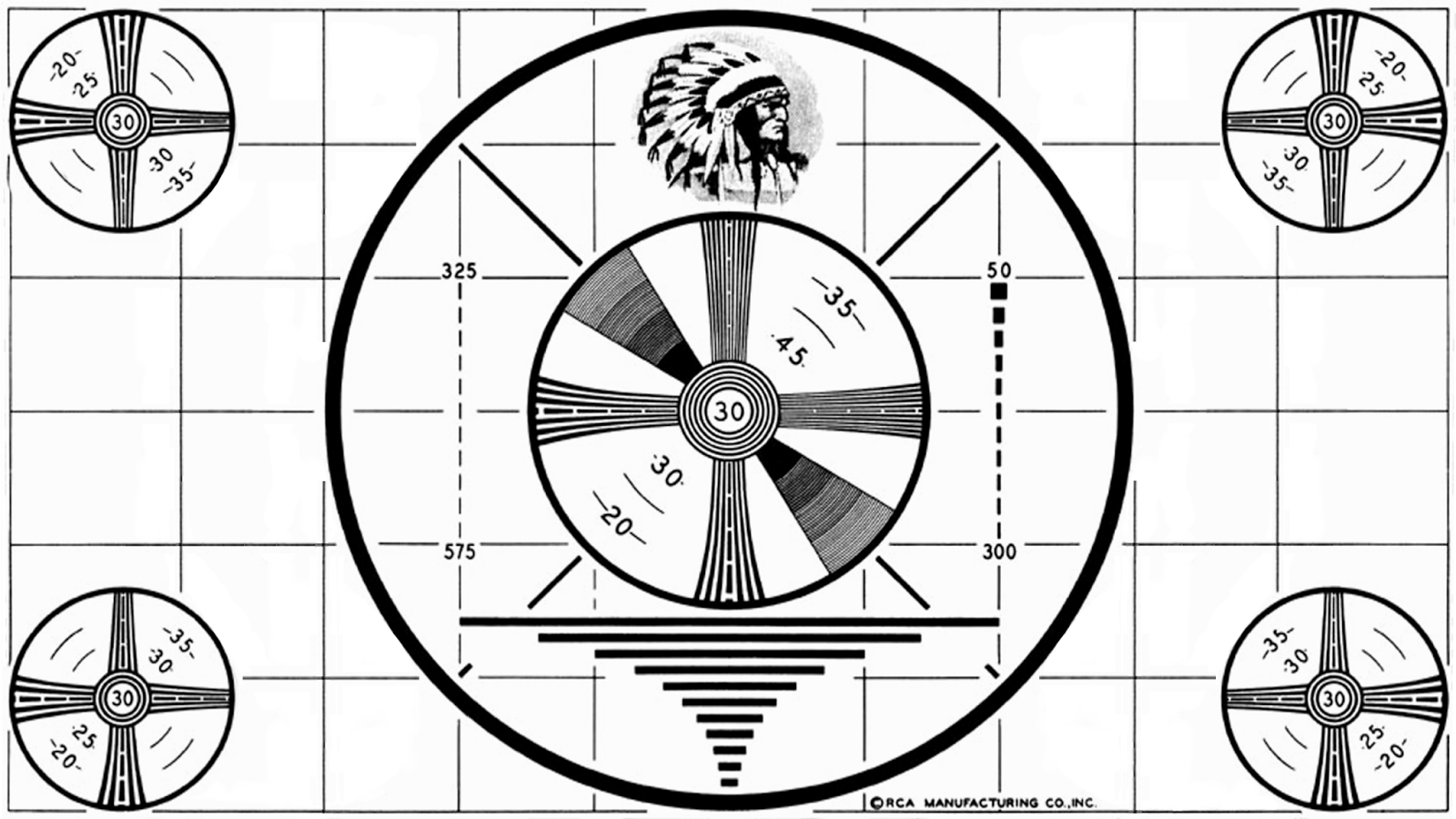 And from "The Did You Know Department,"  we bring you this blast from the past.
http://en.wikipedia.org/wiki/Indian-head_test_pattern

Good Ol' Mount Etna erupted again over the weekend and is once again in the news cycle.  What's not to love about spewing fireworks and oozing lava?  We do have a link for you with some nice video but beware that there's a THIRTY SECOND advertisement prior to the video.  Thirty seconds seems like an eternity when waiting for an online video to play.  There's also a YouTube linked but we're not really certain if it's from this weekend as it purports to be.

Meanwhile, as we were reading  up on Mt. Etna, we discovered back in June 2013, it was named to the prestigious UNESCO World Heritage Site list.  Here's what the official listing has to say:

"Mount Etna is an iconic site encompassing 19,237 uninhabited hectares on the highest part of Mount Etna, on the eastern coast of Sicily. Mount Etna is the highest Mediterranean island mountain and the most active stratovolcano in the world. The eruptive history of the volcano can be traced back 500,000 years and at least 2,700 years of this activity has been documented. The almost continuous eruptive activity of Mount Etna continues to influence volcanology, geophysics and other Earth science disciplines. The volcano also supports important terrestrial ecosystems including endemic flora and fauna and its activity makes it a natural laboratory for the study of ecological and biological processes. The diverse and accessible range of volcanic features such as summit craters, cinder cones, lava flows and the Valle de Bove depression have made the site a prime destination for research and education."

And meanwhile, because of the new designation, we learned this speculation:

"Tourism has been bubbling away in eastern Sicily for some years, but its popularity is set to explode - especially since Mount Etna, Europe's largest active volcano, was added to Unesco's World Heritage List last year. New twice-weekly Ryanair flights from London Stansted to Comiso airport and additional Alitalia services from London airports to Catania are opening up the eastern part of the Italian island." 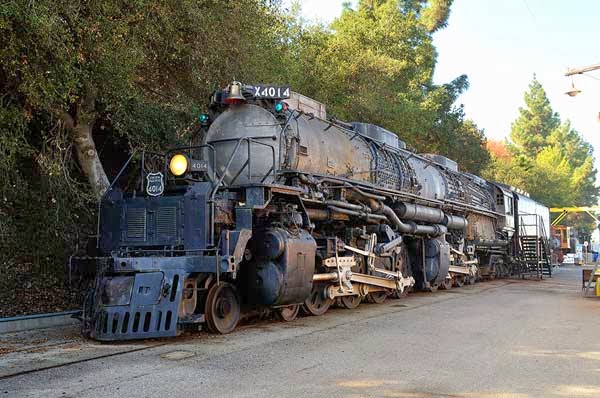 Here's a story certain to please at least one LBR (Terry M.).  It's about The Big Boy.  Yep, that's him above.  We're betting Terry M. may have actually seen The Big Boy in action "back in the day."

Here's another story on the same topic:

OK, OK, if there's one thing we've learned lately is that our Morning Editions are so long, no one actually reads them.  People come here and "take a glance," as they say.  Once in awhile, we hear rumors that someone actually read one of the stories.  So, why do we make them so long when we know perfectly well no one reads them?  Well, Dear LBRs, first and foremost, we are entertaining ourselves here at Live Simple Care Much.  If someone else cares to join the fun and entertainment, GREAT!  If not, well, that's the way it goes.

And, finally, just to see who and if anyone is STILL reading here this late in the Monday Morning Edition, we bring you some of the best extraterrestrial artist's rendering we have seen in a Long Time:

Fun to read the MME from my new phone.

I enjoyed this mornings post. Keep up the good works!!!!! Stephen

Ah yes, the BIG BOY. Haven't seen this one..but saw one years ago that was located in Cheyenne. (of course if you've seen one you've seen them all as they are all alike). Thanks for the pictures make me want to go on a fan trip.

Thank you for this wonderful labour of love and for being my most stalwart supporter! Love your blog :)