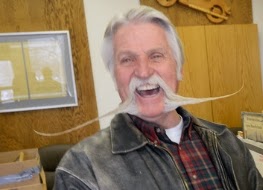 Can you imagine the mayor of your city or town with a stash like this one?  Well, this guy served as mayor (with stash) for 16 years!  It's actually, the best stash I've ever seen.

Yeah, news about the cold weather "back there" continues to dominate the media.  It's pretty amazing.  Most of the Midwest is really cold this morning.  It's -13 in my Home Town and lots colder elsewhere.  The wind chillds are truly chilling, even just to look at the numbers.  Get this, Chicago has received almost three feet of snow this season so far compared to 1.3 inches so far last season.  The 35 inches Chicago has received is more than 3 times normal.  In Lafayette, today could be the coldest January 6th since World War II! 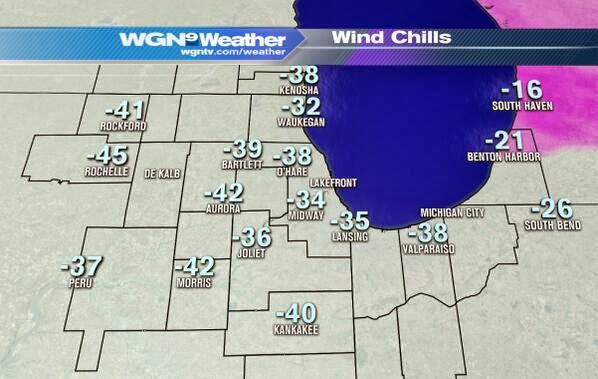 Meanwhile with the Megaload--it got as far as a few miles south of Salmon, Idaho yesterday.  Here's Laura Zuckerman's story in this morning's Post-Register (Copyright 2014).

SALMON - Crowds streamed onto Highway 28 south of Salmon on Sunday to view a massive load of oilfield equipment destined for the tar sands of Alberta, Canada.

It entered Lemhi County and journeyed through Leadore overnight and parked Sunday morning on a roadside pullout about five miles south of downtown Salmon.

Gawkers lined the highway Sunday to view the megaload. The atmosphere was festive, with parents snapping pictures of their children in front of a shipment that is pulled by one truck while two others push it from behind.

Ririe and his family were traveling Highway 28 on Sunday en route to their home in Idaho Falls when they encountered the big rig.

Tony Anderson of Salmon stood on the shoulder of the highway while motorists slowed to navigate the gapers' block.

"I just wanted to see it," he said. "I've been following it on the Internet. It's bigger than I thought and it certainly is causing a stir."

The megaload has been dogged by detractors during its journey from Oregon and along a route in Idaho that will see it log more than 470 miles. But the rig has generated excitement and even admiration in some quarters.

"I've been waiting a long time for this; it's a thrill," said Jeanette Phillips of Salmon.    Megaload protests elsewhere have been tied to worries about the climate implications of expanding oil and gas development and about transforming the Pacific Northwest into so-called "high and wide" industrial corridors.

The outsized load was expected to travel through downtown Salmon on Sunday night. It must cross the bridge over the Salmon River, the only roadway linking the east and west sides of town, before turning right onto U.S. Highway 93 North en route to the Idaho-Montana line.

The giant rig, required to travel in Idaho from 10 p.m. to 6 a.m., must layover in Lemhi County before climbing Lost Trail Pass and crossing into Montana. That state does not expect to issue a permit for the megaload until later this week.

Into the Wild--for a fee, of course.

Boondocking in the Sonoran Desert with Sue Malone:

Not much to report on our end of things.  Spent 7 hours rigging for today's activities.  Will be spending 8 hours staging those activities today.  Busy, Busy.

By the way, THIS is why we moderate comments....it came in as a comment to this post only a few minutes after we put it up.  We would LOVE to let comments go up without moderation but we simply can't allow this kinda stuff on our blog. Thanks for your understanding.

Funny, John, I haven't received any of those weird spammy comments in a long time. I get around 600 hits a day I think in general. I switched my comments to google plus comments, but even before them bloggers spam filter seemed to weed out the bad guys most of the time. Wondering what the difference might be.
Again...once again....we have no TV this morning so I checked your blog and checked your news links for my morning news hit!