A little Happy Hour storm-ette blew though early yesterday evening.  It didn't rain enough to become measurable but it rained enough to snuff the campfire and also to create one of the best evening rainbows we've ever had here at Second Chance Ranch.  The rainbow was so big, so vivid, so bright and so spectacular it knocked our socks off.  The rainbow pulsed with a depth of light so tangible the colors felt like they are alive in a world of their own.

Evening rainbows are rare here, very rare.  It takes a very unique set of circumstances for all the conditions to align correctly.  Everything has to be "just so" to bring out an evening rainbow.  That's why it was even more spectacular than other garden variety rainbows.  One thing that made this one even more amazing was the strange backlighting of The Mogollon Rim behind the rainbow.  The foreground, the rainbow and the background all combined in an unusual optical manner bringing the scene haunting, surreal, 3D-esque affects that seemed to pulse with a heartbeat of their own.  We were totally mesmerized, transfixed and stood in speechless awe of the whole thing.  Luckily, the conditions kept this stunning light show alive for much longer than most rainbows.  We were too riveted to actually time how long this rainbow lasted but it was alive and beaming far longer than any other rainbow we can remember.  It will forever be the rainbow by which all other rainbows will be judged and compared. 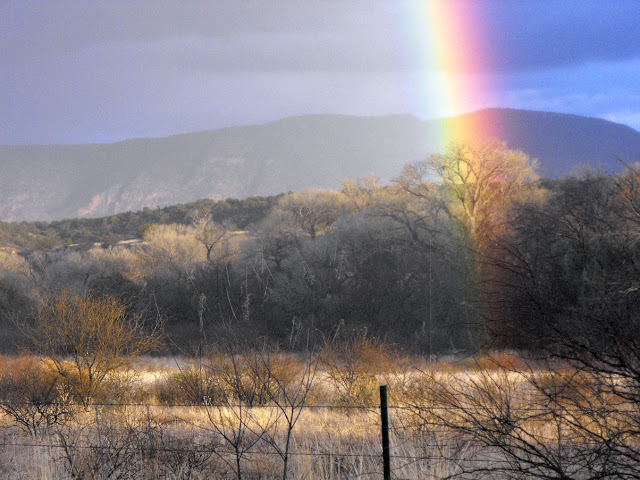 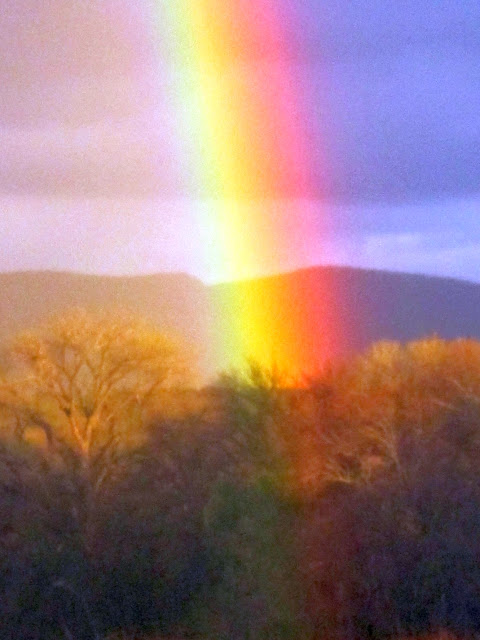 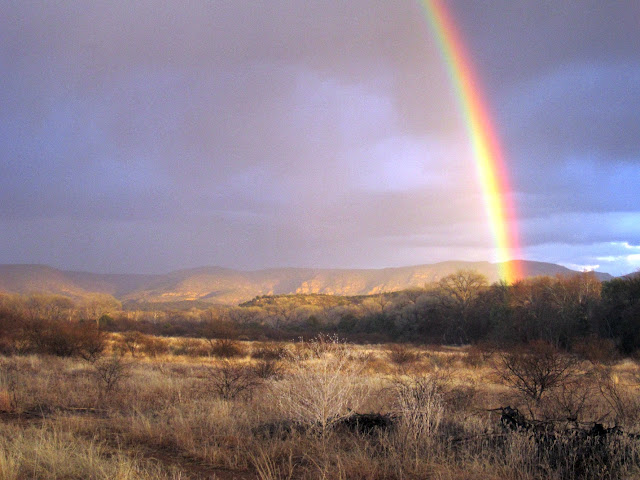 There is no camera we own capable of capturing a rainbow properly.  Any such images pale in comparison to the power and glory of the real thing.  When a rainbow this big comes to play with your eyes and mind, it is as if you are engulfed in the magic of the light and landscape.  It is as if a dream world has suddenly become reality at your fingertips.  There are really no words or photos that can possibly do justice to such visions.
Posted by John Parsons at 7:50 AM