Here's today's rendition of the walking track ou tin the National Monument.  Yesterday's "track interval" was one minute--today's was 15 seconds.  We will try to get it even a little bit better tomorrow using a 5 second data interval.  Anyway, the distance calc'd to be the same--.88 mile.
we have keyed eight photos to points along the track.  Today we realized we might be able to find a creative use for the dormant GoPro camera but using its time lapse function while circling The Old Field. (Click on the map key for a larger version.)

There are eight photos below and the GPS track map above has been "keyed" to show where those pictures were taken.  We walk clockwise (heading east) beginning from a point in front of our house. 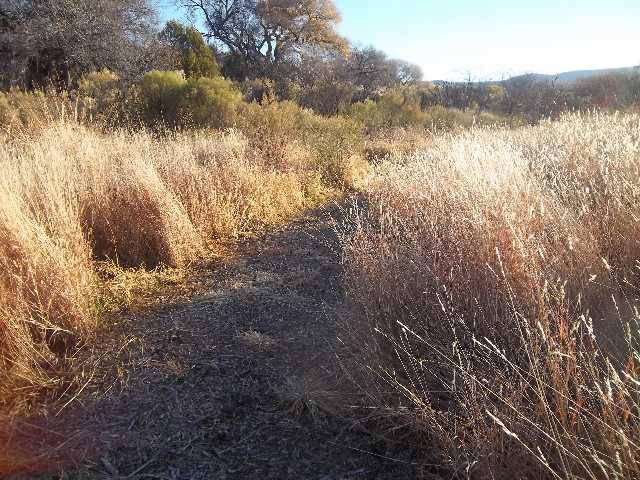 Above is Photo Point #1.  This is an area of really TALL grasses.  Since the NPS shut down irrigating the old pasture in the late 1980's, these grasses have taken over this area.  They are so thick they are almost like a jungle and have made it impossible to use this area for casual walking.  Now the NPS keeps them hacked back and keeps mulch on this wet area through the grasses. 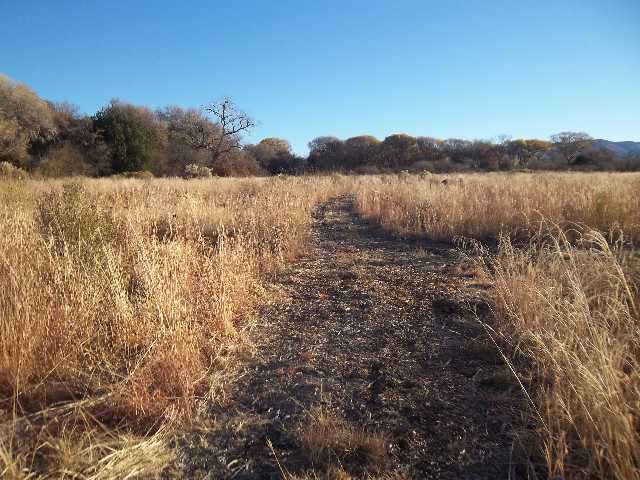 Here's Photo Point #2.  The grasses are a little shorter here due to the relative lack of water compared to the other area.  The view looks toward The Traditional Garden and the Well Picnic Area. 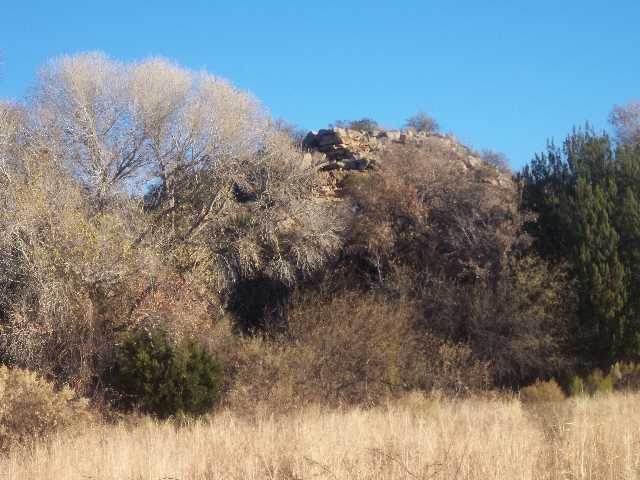 Photo Point #3 shows the travertine outcrop indicated at Point #3a.  It's also NPS property on a bluff that provides a panoramic view of the National Monument. 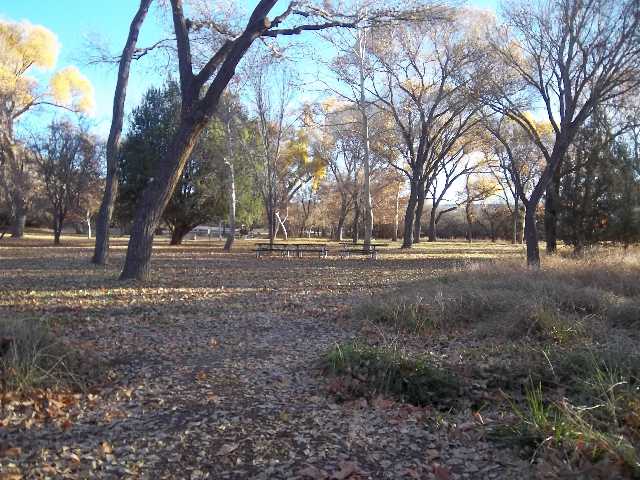 Photo Point #4 looks out into the Well Picnic Area.  The parking lot is on the far side of this shaded, irrigated oasis. 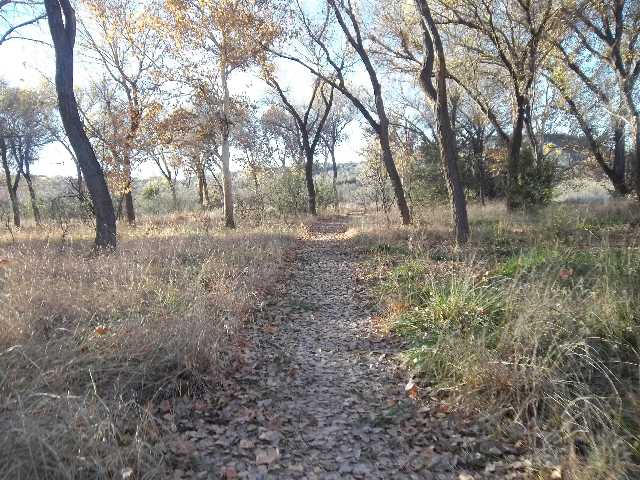 At Photo Point #5, the track turns sharply south to traverse a transition zone between the stately trees of the picnic area into a mature mesquite bosque that is located beside the lush riparian zone of Beaver Creek. 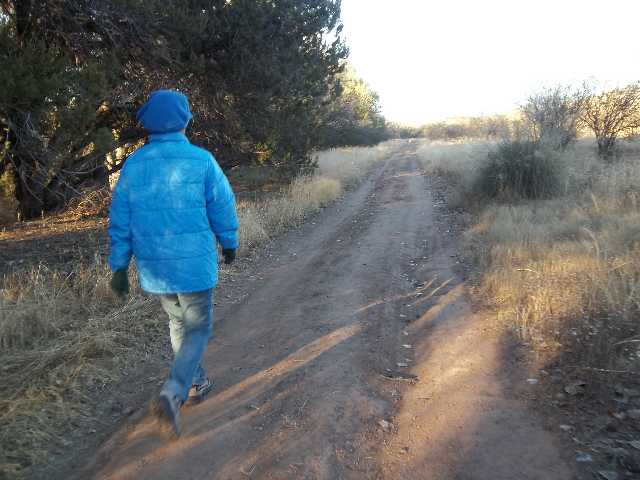 At Point Point #6 the track runs alongside the riparian area (left in photo) it isn't mulched because it doubles as NPS maintenance access for vehicles needing to get into the area. 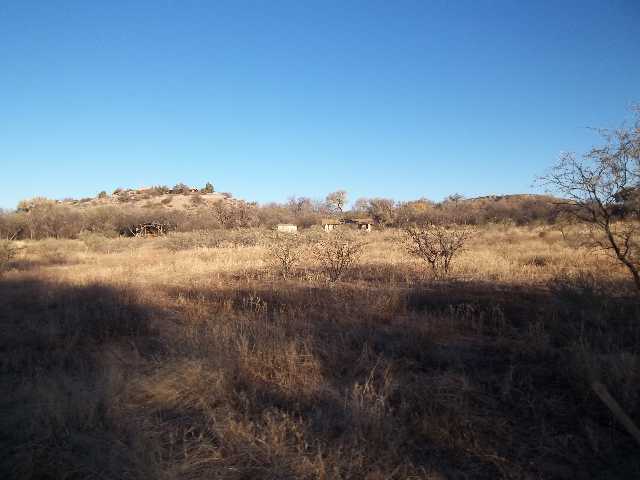 At Photo Point #7 we are looking north across The Old Field to our straw house. 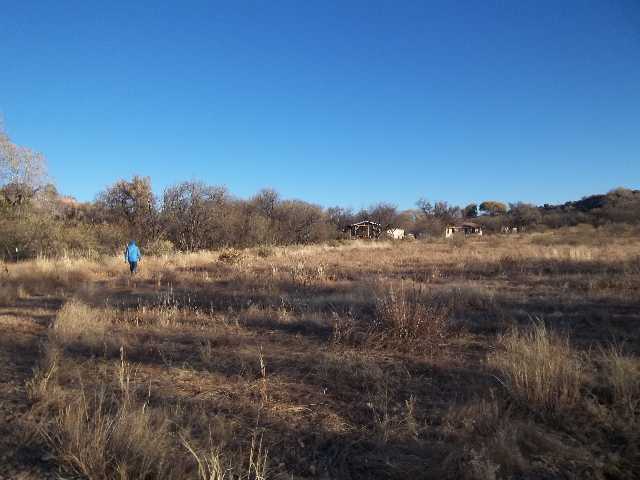 Finally at Photo Point #8, we turn the corner along the west end of The Old Field heading back home.
Posted by John Parsons at 9:06 AM