A lot of Dear Friends ask us how we lost our hearing.  This is a good time to tell that story.  We've decided to not only keep the $2000 hearing aids we bought in March but we're actually upgrading them this week to a $3000 pair.  As you know, it wasn't all that long ago when we had some persistent issues about paying so much for hearing aids.  We have to make the swap prior to Friday.  Finally crossing the line and making the decision to buy and keep the hearing aids is a big step in our lives.  Hence we thought we'd do a retrospective and tell how we actually lost our hearing in the first place.

It happened during the Summer of 1968 at a place called Carson Pass in the Sierra Nevada Mountain range not far from Lake Tahoe.  We actually lived in Lake Tahoe that summer and drove back and forth to the job site at Carson Pass.  Back then I worked each summer for the old federal Bureau of Public Roads, the predecessor to the Federal Highway Administration.

During my first summer in 1966, I lived in Azusa, California and worked running rough survey line for the San Gabriel Highway.  The summer of 1967, I lived in Mormon Lake, Arizona and worked out of Happy Jack, Arizona.  Most of the summer was spent being the scale man at a cinder pit nearby or serving as a "guinea hopper."  The third summer was up in historic Carson Pass.

That summer I was detailed as what's called a "Blast Inspector."  The highway was being carved out of a sheer cliff of solid granite.  It was a huge undertaking that required blasting many times each day.  The whole mountainside was crawling with core drilling rigs.  All of those drill rigs were run by Paiute Indians and everyone of those Indians was totally and completely deaf as a stone.  Bear in mind this was back in the days before the word OSHA had been uttered by human lips.  No one wore ear protection and no one ever even THOUGHT of wearing ear protection.

My job as blast inspector was to hover close to the core drilling rigs and make sure the Paiutes were putting the holes uniformly deep enough for their dynamite charges.  Then, I would have to watch the holes being charged and verify they were ready to blow.  Then, we'd all back off a safe distance and let 'er rip.  After that I had to go hole by hole and certify that the dynamite had actually detonated.  If I found a hole that had not been exploded, I'd have to get the powder monkeys to come and mess around with it until they either blew it up or deemed it safe to work around.  It was a laborious task, to say the least.  Meanwhile, I was exposed for most of the summer to that incredible ear-destroying noise of the core-drilling rigs.  Once in awhile they let me work on various survey crews and that's where the two photos here were taken.

Carson Pass Lake is in the background of the top photo.  In the photo below, you can see the cliff in the background where most of the drilling and blasting was taking place.  Compared to today's safety conscious work environment, the job site was incredibly dangerous and primitive.  One guy did die in front of my eyes that summer but we will leave those details off this blog.  At least all I lost was my hearing and not my life.

Well, anyway, when I went back to Purdue, the incessant ringing in my ears was terrible so I went to the infirmary.  The Doctor who examined me was blunt.  He said, "You've destroyed your hearing.  It cannot be recovered.  Your hearing will get worst each year of your life.  By the time you are in your mid-60's you will need to buy and use hearing aids."

Well, I am 64 and that's pretty close to mid-60's wouldn't you say?  The Doc must have been a psychic or something.  He made that prediction in September 1968!  Amazing.

Have a great day & Many Cheers! 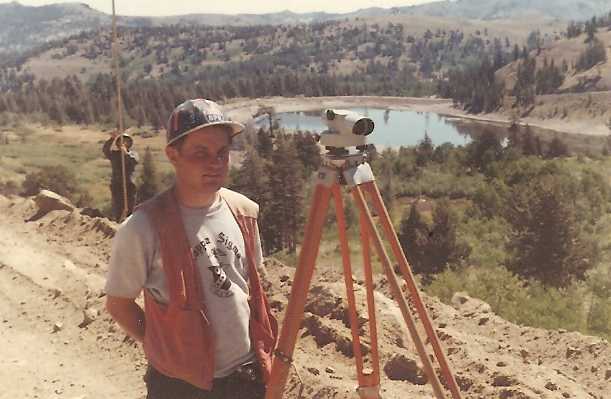 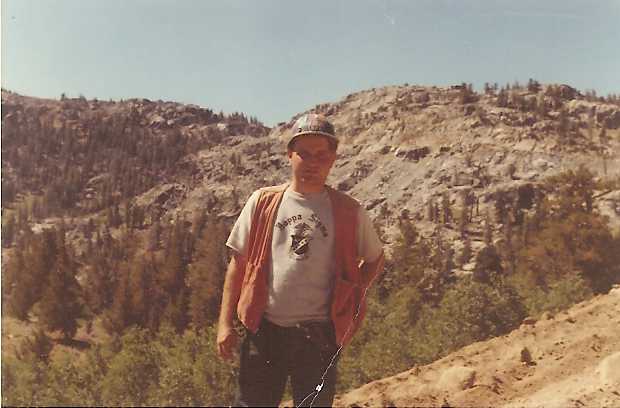 These are awesome photos and we want more history on this blog! Great story.