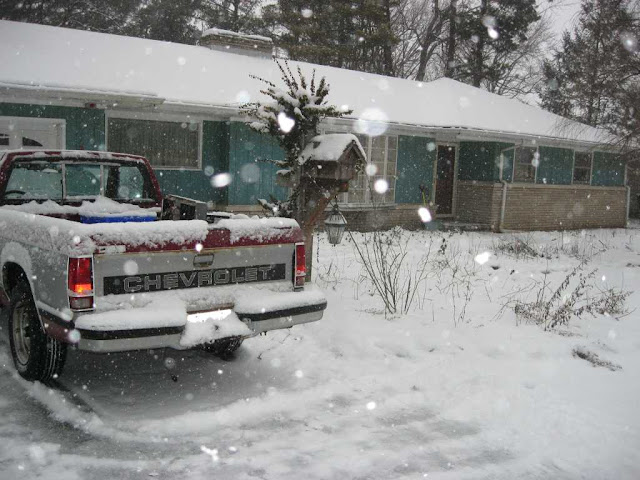 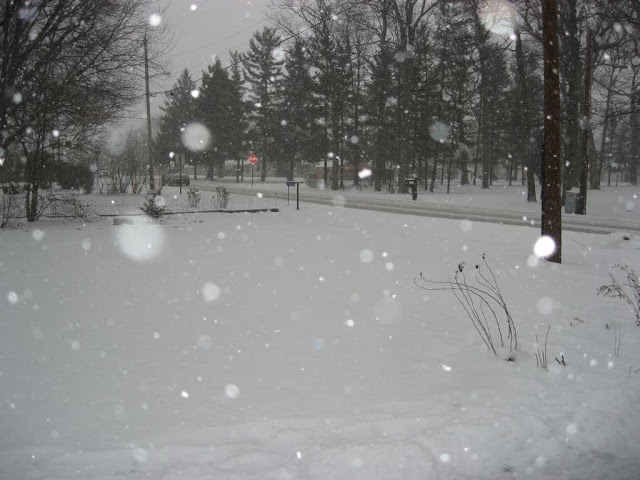 The late Thursday afternoon view north on 9th Street from the driveway. 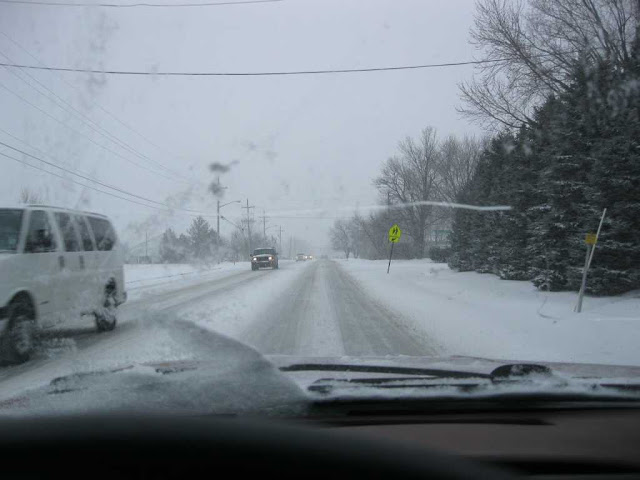 What you see above is a fairly typical Indiana January day.  The snow is doing its job and everyone scurries around doing their job.  Traffic crawls along in slow motion on skating rink roads.  People know that with any speed at all, they will spin out and wreck their vehicle and ruin their day.

This week has been very busy at Mom's house.  I've been working steady 10 hour days with one 12 hours one throw in just for fun.  This morning, I got up at 2 am and went out there to check on things since the temperature was zero degrees and I wanted to make sure everything was OK.  I keep having nightmares that a pipe will burst and flood the place.  There has been a steady stream of workmen coming and going at the place all week.  It is mostly cleaned up--half the kitchen floor remains.  Two more moppings of the place will be necessary.  At least four workmen will be there today--two will be working on termite damage in the garage and two will be painting the roached out ceilings in the utility room, entry area and hallways.  They might be doing some wall paper steaming, too.  We think we have a line on a good used Jenn Air counter top stove to put into the kitchen.  That might get done today as well.  A lot of electrical work will get done this weekend and we might even start on demolishing the concrete in the north half of the garage.  It settled about six inches and it is tilted toward the sunken side and looks terrible.  Hopefully, we can get that done in a few days.  It's a big job.  Well, obviously, I am not coming back to Ol' Airy Zonie on January 21 as hoped. Nope, we are now booked on flights on January 28 instead.  Each week we hope to get out of here and then the week goes by and we are still here for yet another week.  Interestingly, if we do leave next Saturday, we will have been here in Indiana the same number of days that we were in Arizona after we came down from Idaho and before we received the news of Mom's death.