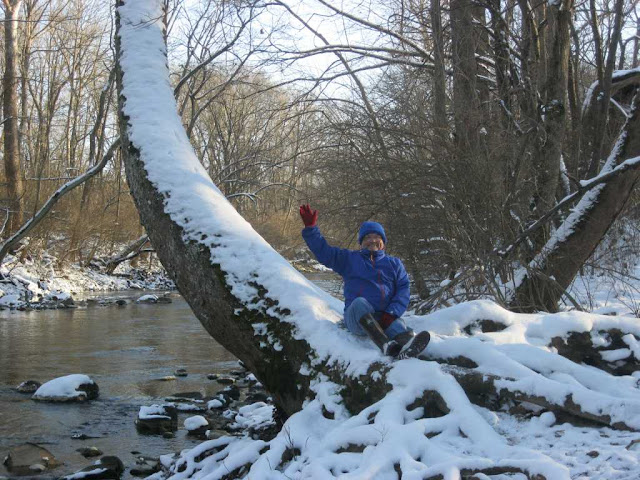 It's beginning to look like we might make it out of our Ground Hog Day movie life here.  As you know, we are fond of making comparisons between episodes in our life that mimic scene from the cult classic movie "Groundhog Day.  You can read all about the film by clicking here.  Clearly, I have a few more intense days trapped in the movie mentality.  However, we really, really do expect to be out of here on Saturday, if not sooner.  There is NO way we are going to miss Sweetie Susun's 65th birthday on Ground Hog Day.  Gee, isn't that swapping one Ground Hog Day for another?  Maybe so.

We also have our biggest party of our Arizona Season coming up on February 4th.  Last year, we staged that party on Super Bowl Sunday.  This year we're moving it to the day before so more people can attend.  We sure don't want to miss that.  For me, it will be the equivalent of a Welcome Home party or maybe a party similar to what people probably do when they get paroled or serve their sentence or whatever.  I won't go so far as to compare my departure from here to a jailbreak but the analogy is tempting.

Much, much work remains before we board American Airlines Flight #4148 at 2:15 pm next Saturday.  To look at the long list of tasks remaining is to be overwhelmed by their enormity.  However, we persist in believing that we will be free to roam once again in less than a week.

Basically, here's how we are going to do it.  We're cutting off all our work at the job site (AKA: Mom's House) on Thursday afternoon.  What isn't done won't get done.  Period.  Then we're spending Friday packing and dealing with last minute legal paperwork, reimbursements, etc.  Saturday morning we tidy up our rented room and catch the airport shuttle at 11:15 am.  Piece o' cake, eh?  The key is in being able to let go of everything on Thursday afternoon.  No matter what we get done between now and 5 pm Thursday, there will STILL be a long list of things we coulda, shoulda, mighta and probably oughta done.  But enough already.  We have long since hit the wall here and it's time to jump out the door and pull the rip cord and parachute back down into the real world we know and love.  What is...simply is.  What might have been will no longer matter and we won't look back on how we could have played the hand we were dealt.  Nope, The Home Stretch really, truly looms in the week ahead.  We couldn't be more excited about the prospect.

One very esoteric task that remains is the presentation of a Japanese battle flag from World War II to Angel Lynn.  Chances are we will make the presentation down on the bank of the Wea Creek at Lynn's Sycamore Tree. (Shown in photos accompanying this blog post.)  The Wea Creek holds special meaning to both of us. Lynn's tree has been his special spiritual spot for many, many years.  He has taken me to his tree twice.  Once on a blissful day that resembled mid-April weather and once when it was freezing cold and covered with snow and ice.  We need to go there one more time to present him the flag.

I feared the flag was long lost when the agonizing house cleaning process began December 26th.  My some minor miracle, I stumbled on the flag before it was sent off to the landfill  in one of the nine dump truck loads we filled with garbage from the house.  In April Mom said she had given the flag to someone a few years ago.  Luckily her memory was faulty on that score and the flag surfaced in the nick of time.

Well, there's a long story behind this flag.  When young Japanese men were sent off to fight the Americans in WWII, their family and friends would present them with a special silk flag of the Rising Sun.  People from all walks of life would sign the flag.  SUpposedly, the flag would protect the warrior from being killed or wounded.  Well, the flags didn't work very well for that purpose but, true to the call of duty, every Japanese soldier or airman who actually had a flag really did wear the flag into battle.  One of my Uncles from my Mom's side was a sailor who served in the US Navy from just after Pearl Harbor all the way through the War in The Pacific.  He had one ship blown to piece and sunk beneath him and finished his war duty as the enlisted man in charge of the crew of one of the battleship USS Wisconsin's giant 16-inch three gun turrets.  Each of the three barrels on these mighty turrets could hurl a 2,700 pound projectile over 20 miles.  (Interestingly, each of those barrels were individually tested out on what's now the Idaho National Laboratory near Idaho Falls!)

Well, the story that Teddy told everyone when we returned from the war zone was that one day a kamakazi airplane crashed into the base of his gun turret but did not explode because the bomb was a dud.  It also did not burst into flames as it had run out of gas and glided into the battleship.  Someone stripped the flag from the dead Japanese pilot and his crew presented it to him as a token of their admiration and respect for his charismatic leadership.  That's the story foisted on me my whole life and the story I believed right up until the last few weeks.

Well, it turns out Lynn's Dad was a front line soldier in numerous of the epic hand-to-hand combat Pacific island battles.  Lynn's Dad told stories of mass death and destruction during battles beyond what Hollywood has been able to depict.  I can't repeat them here, they are too terrible to tell.  Anyway, Lynn's Dad's combat unit would periodically get sent to the rear lines for some rest.  Before they would pull out for the safety of the island beach, they would collect as much "war booty" as they could find from the dead Japanese soldiers.  Then they sent word to the naval ships standing offshore and barter the war souvenirs for hot food from a ship's galley.  The sailors would bring a launch to shore filled with big pots of steaming real food and then carry a boatload of war souvenirs back to the ship.  There the souvenirs would be traded back and forth, bet in card games and so forth. In this manner, large quantities of Japanese relics and artifacts would make their way into the hands of ordinary seamen.  It was a lively trade and one that the island-based grunts eagerly anticipated as a welcome change from the boring C-rations they were otherwise forced to eat.

Well, Lynn spotted this flag and really wants it to augment the memorial he is building to his Father.  He offered to pay upwards of $200 for the flag but I am giving it to him for free.  It's not fair or ethical to sell stuff like this under these circumstances.  Meanwhile, Lynn and I have been doing a lot of research.  The USS Wisconsin is now permanently moored on the East Coast as a museum.  Every single thing that ever happened to the giant ship is documented with incredibly descriptive detail.  No kamakazi airplane ever hit the mighty vessel. Nope, it never happened.  It was a "make believe" story invented by my Uncle Teddy.  How else could a sailor have wound up with a Japanese battle flag?  He could simply say he got it in a card game.  Nope, Teddy was too proud for that honesty.  He HAD to make up an impressive story for his Friends & Family.  Well, Teddy was killed September 15, 1947, in a race car accident in Kokomo so dead men tell no tales and we will never know how he got the flag.  Lynn's Dad's story offers some clue as to how it might have happened.

Meanwhile Lynn is busy finding a local Japanese person to interpret the flag and tell us what it says.  Hopefully that will happen this week before we take the flag down to the Sycamore Tree for a formal presentation to Lynn.  We both have studied was involved in finding the family of the fallen warrior.  These days odds are astronomically slim that such a connection can be made and the lucky ones who do often spend 2-3 years in the process and then thousands of dollars in the transfer.  We're not going that route. 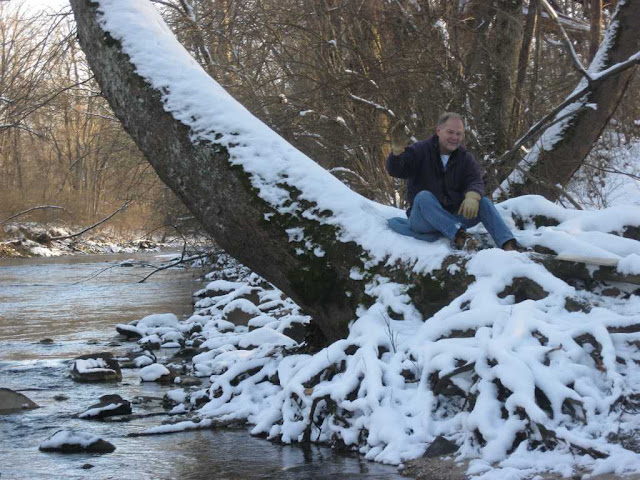 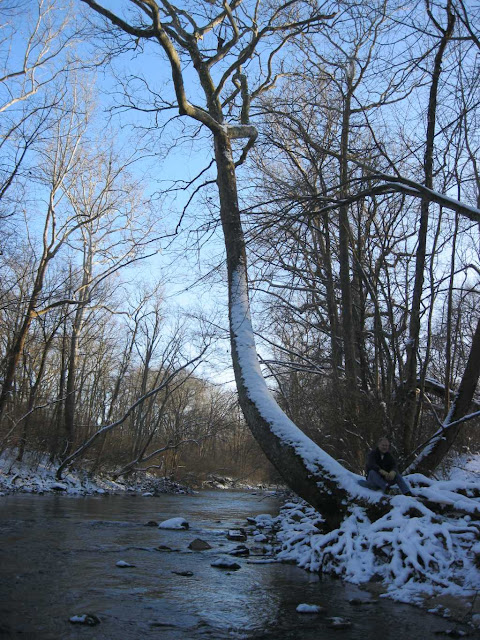 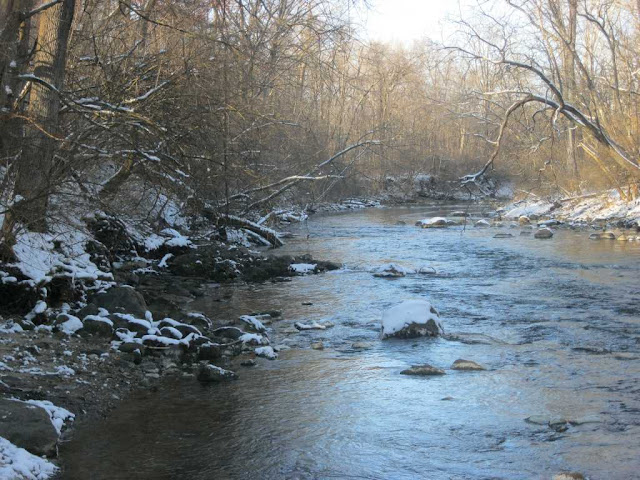