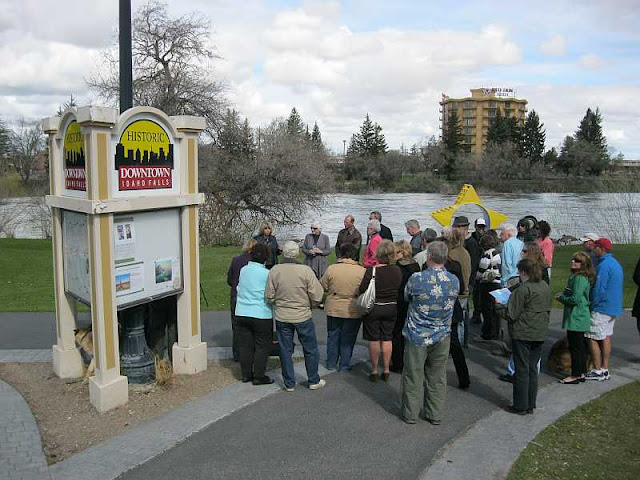 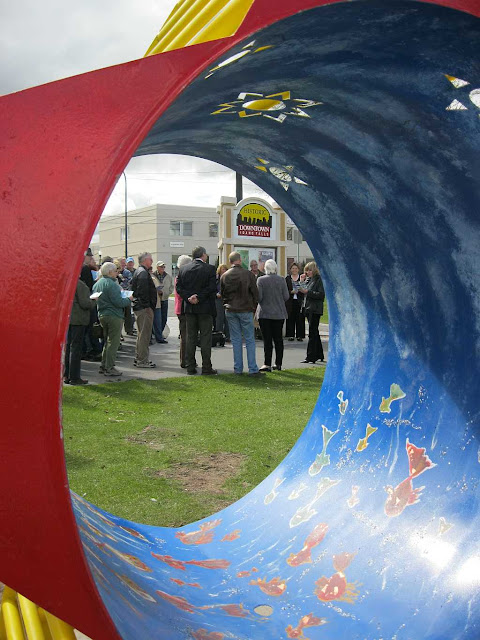 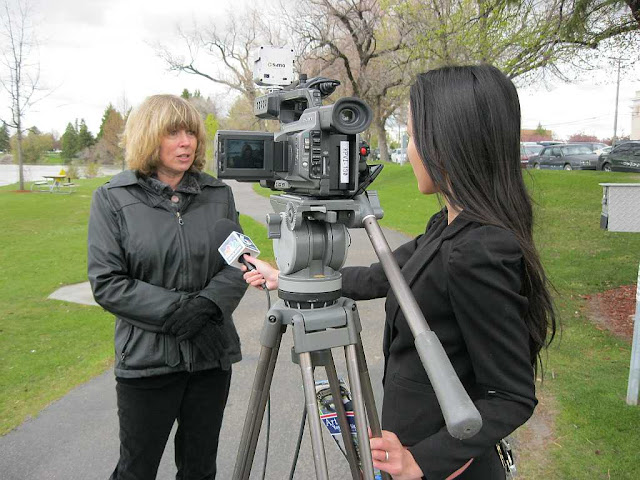 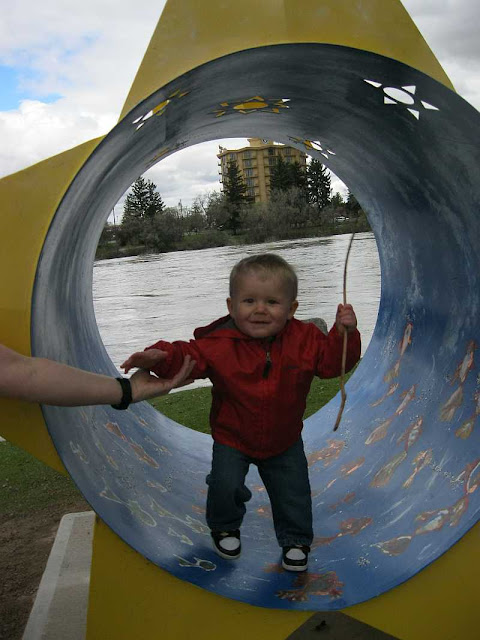 Susun went off to her workout early yesterday.  After she returned, we went down to the Greenbelt at 10 am for the dedication of phase two of the Art Bench Project.  It was a blustery, cold morning that tried to spritz some sprinkles on.  A goodly group of people listened to Carrie's presentation and two TV stations showed up to tape the proceedings. Susun even spoke up to the group asking for their help to plant the Hilda garden on the first Saturday in June. Afterwards, Susun and I joined Carrie and Jerry at the Villa Coffee House.

Normally, we wouldn't mention going to the Villa here but it was an "all in a day's karma gig," so it merits a paragraph.  After a fun visit with Carrie & Jerry, we prepared to leave.  I walked over to the bar and idly noticed a flyer about a cribbage tournament on June 3rd.  As I reached out to pick up the flyer, some guy sitting there said, "You play crib?"  Well, it turns out that the organizer of the tournament was distributing the flyers.  His name is Reese and he's a cribbage fanatic.  He organized a weekly cribbage league this winter and boosted its membership upward of 20 players on busy weeks during the winter.  Susun and I chatted excitedly with Reese for quite awhile.  It's so exciting to think that we might get together with other cribbage players here soon.  We will need to practice our game during the next few days.  Without Carrie's invitation to join them for a cuppa joe, we would have never crossed paths with Reese.  Way cool.

By and By, we headed over to EICAP, arriving near 12:30 pm.  Susun and I helped Emily H. get ready for Debby D.'s retirement party that commenced shortly after 1 pm.  Friday's are sparsely attended days at EICAP so there were only about 20 people who showed up.  Emily had a real nice cake for Debby.  Don J. gave some remarks, I lead the group in a song and EICAP Director Russ S. presented Debby with a nice plaque.  Debby seemed to be happy about the whole thing but we can't help wondering how much she will miss her involvement with a group of people who became like family to her over the past 7+ years.  We wish her well with all her newfound free time ahead.  We know she will find new and creative ways to stay busy and involved with the community here.  Bon voyage, Debby!

The remainder of the afternoon was spent nosing around Deseret Industries (we spent only 50 cents); shopping at the WINCO Spa & Relaxation Center; browsing Lowe's and attempting to organize the garage.

Susun, of course, busied herself with the ongoing ritual of spring flower planting.  It's a good thing spring only comes around once a year.  Otherwise, Susun would have be potting plants 24/7/365!!!!

Today it's back to the Farmers Market.  It's a near perfect spring morning to visit the market--nary a breath of wind so far and pretty, partly cloudy skies.  The gang taggers hit another alley nearby so we will be mobilizing to eradicate their strange symbols.  We're going to tackle Phase One of the garage Extreme Makeover and, undoubtedly, there will be other impulse activities to give the day at least a hint of unpredictability. 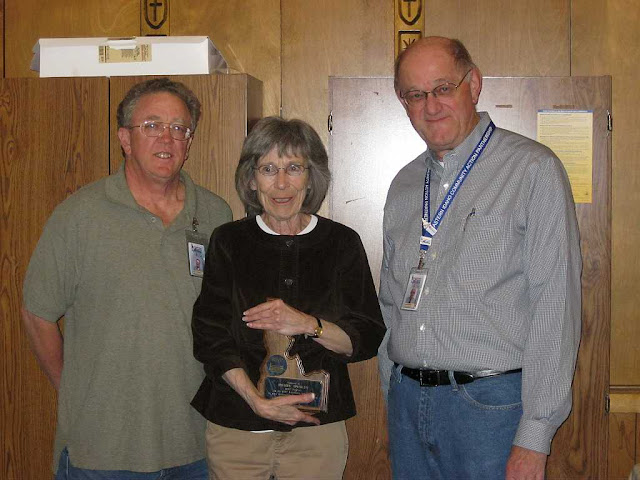