SuziQ gets a New Doo! 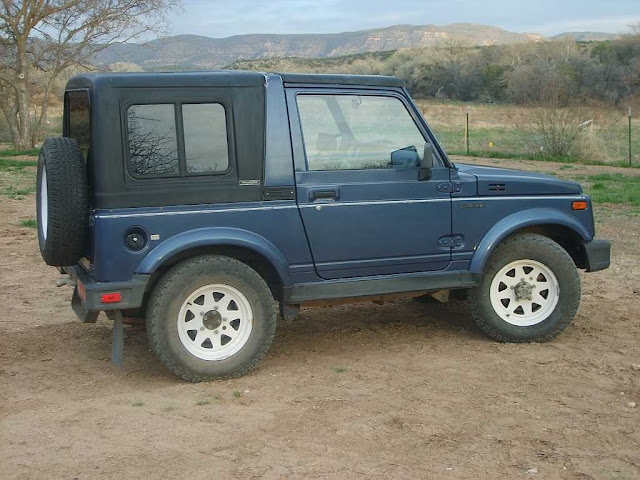 So, this is how the day shook out.  I got tired of taking practice exams.  I hate to utter this word but I got BORED!  I mean how many times came you score in the mid-90 percentile before your forehead hits the desktop.  Anyway, after a few hours of that, I had to run screaming from The Straw House.  What to do?  How to settle down?  Ah, Zuki Fever, of course.  First, I ran off to Myron's Place.  That's a lot like playing Tom Sawyer and Huckleberry Finn.  Myron waved a magic wand over SuziQ and singlehandedly saved her transmission from certain death.

Then I came back home and after testing out between 94-97% on a few more exams, I chucked the whole kit and ka-boodle.  Either I pass or I fail tomorrow.  How many more practice exams can a guy handle anyway?

That's when I decided to install the hardtop we bought yesterday at our local rendition of Area 51.  You can see the AFTER above and the BEFORE below.  We both think SuziQ's new doo looks awesome and fantastic and is far more becoming for her than her old doo.  What "DOO" you think?

It was actually quite a "chore" to swap tops on SuziQ.  It took far more work and thought and cuss words than I thought it would.  However, we finished everything up by 6 pm and had all our tools and gear stored away and got a campfire lit by 6:20 pm, which is mere minutes before visual sunset.  Gary came over and the three of us had a fine time.

You Old People out there---Can you remember when somebody "tripped you out?"  It's a 60's phrase and only Old People would recognize it.  Well, Gary tripped us out tonight.  It was the coolest of the cool trip out we've had in Modern Times.

Here's how it unfolded.  First off, Gary was standing beside the campfire acting real nonchalant and feng shui as Gary is wont to do and be.  Meanwhile, his cell phone rings.  He VERY casually glances at his cell phone and then appears to ignore the call.  He folds the phone and puts it away.  A short time passes.  Meanwhile, Gary suddenly becomes agitated.  He starts pointing at the sky and saying, "The Magnetic Field, can YOU FEEL IT?"  He gets real dramatic in a mode that's unusual for Gary and he starts pointing at the sky to a specific spot and says,  "I FEEL IT AND I SEE IT RIGHT THERE!"

Needless to say, this is very unusual behavior for Gary.  He doesn't normally act this way.  It was somewhat disturbing for both of us and we were straining to see and understand what it was that Gary was feeling from The Universe. He kept it up and he kept saying, "IT'S RIGHT THERE, IT'S RIGHT THERE."

All of a sudden this incredible bright light appeared in the night sky.  It was like a shooting star only it didn't shoot.  It just stayed on one spot and got brighter and then suddenly disappeared.   We were both  momentarily stunned.  I had never seen anything like it before.  Susun was speechless.  How could you possibly explain such clairvoyance?  For a few precious moments, we were both TOTALLY TRIPPED OUT!

However, knowing Gary as I have for 30+ years, I immediately smelled a skunk and I turned to him and said, "OK, how did you pull that one off?"  I demanded to know his secret.  Gary being Gary, he couldn't keep the secret for more than a few moments.  His cell phone call had been an alert to an "iridium display" from an orbiting satellite.  If one knows the secrets of satellites, one can have their secrets sent to one's cell phone.  The phone call had actually been an alert that the light would be fully reflecting off a certain satellite's solar array at such and such a place in space and time at a specific location and Gary could look like a genius and trip us both totally OUT!  Well, it worked.  It was awesome.  Neither of us have been treated to such a trick in a really long time. It was simply flat out amazing.

After we recovered, we congratulated Gary on his precise stage management and choreography.  He played the game perfectly.  He played to his cues and his pacing was awesome.  His timing was perfect and he suckered us like no one has in a really, really LOOONG time!  Way to go, Gary!  "Ya dun good!"

The full moon tomorrow is being called a Super Moon.  We will resist the powerful temptation to play with those words.  It will be whatever it will be, Super Moons being what they are, of course.  We trust that you will each enjoy the Super Moon in a Super Context at the end of a Super Day with Super Family and Super Friends and a Super Saturday Night dinner.  May your Day tomorrow be as Super as the Super Moon that is supposed to bring bright light to Saturday's Grand Finale! 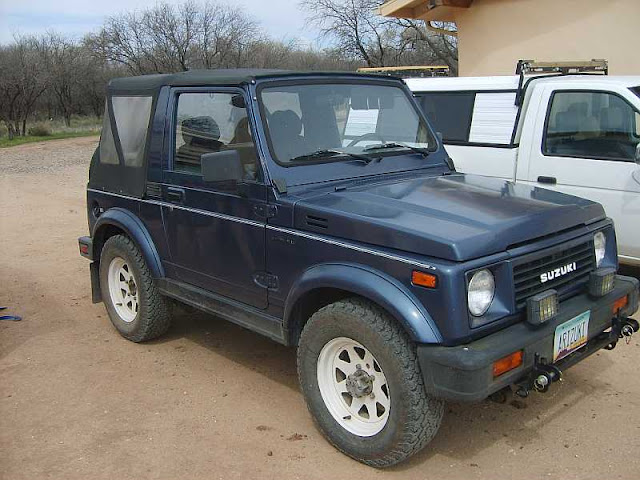 Hope the exam went great! I'm sure it did. I am counting on the supermoon to lure my baby out :D