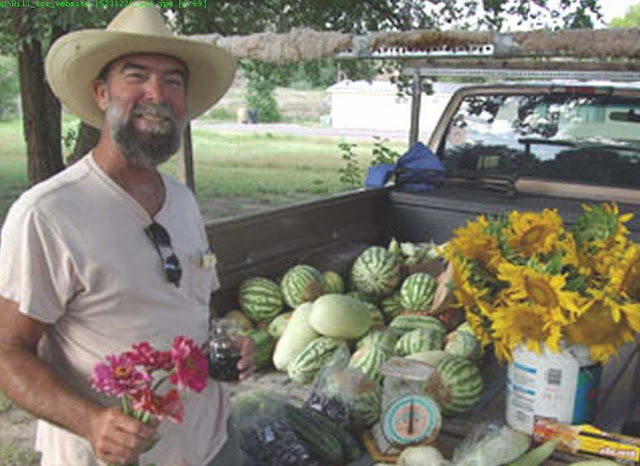 Labor Day is one of contrived holidays that really don't seem "holiday worthy."  Yeah, I suppose maybe there ought to be a holiday to mark the official end of summer and Labor Day just kind of fit the bill.  Maybe it's a holiday that marks return to work.  Um...that would be a dubious distinction.  Whenever I wish anyone a "happy holiday weekend" it always rings rather hollow.  Sometimes I even get quizzical looks from people when I say "Have a Happy Holiday Weekend."  For most people this is just another weekend, albeit a 3-day weekend.
Columbus Day and President's Day are also three day weekend but they aren't really considered "holidays" in the same sense that Labor Day is.  Well, enough ruminating on Labor Day.  It's here.  We'll deal with it.  With that in mind, what's in store for Susun & John this weekend?

Susun's on a great exercise routine.  She's now doing two walking sessions each day.  Way to GO, Girl!  I imagine she will really max out the exercise regime this weekend.  Snake River Landing (SRL) is having their Harvest Days gig today.  Yep, it's pretty early for Harvest Days, you got that right.  But if they wait until the normal time to have a Harvest Days Festival the weather will be crummy and no one will come.  So, give SRL's marketing gals and guys an A+ for perking up a normally dull Labor Day Saturday.  Early September is the peak of produce at the local Farmers Markets.  Down on Ol' Airy Zonie, Verde Valley sweet corn comes on about July 4th.  Here it's Labor Day--local sweet corn is available on many street corners right now.  The Farmers Markets will be full of it, too.  Corn, that is.

OK, I know LBRs are sick of this four letter word but we might even play a little golf.  The key word here is "little."  Yesterday, we actually ventured out all by lonesome little self and played the Sand Creek Short Course (AKA: The Kiddie Course.)  It's six holes.  Total yardage is 553.  The longest hole is 128 yards and the shortest is 58.  Sand Creek itself was packed--the packed lot was perhaps 3/4ths full.  As I suspected, teh Kiddie Course was completely vacant, nary a soul in sight.  And it stayed vacant for the entire 60+ minutes that I goofed off there.  It was the most fun I've had for $3.25 in a long time.  Three dollars and twenty five cents really doesn't buy much any more.  Back in the day, it once would buy a six pack but those days are long gone!  It probably would buy a medium decent cuppa coffee.  Maybe, maybe not.  It won't even buy a Subway sandwich.  It buys a a little more than a gallon of gas.  Well, I has a real gas with my $3.25 out on that deserted kiddie course yesterday.  Heck, it was so deserted I even cheated--repeatedly.
Instead of teeing off just one ball like you're supposed to do, I hit four balls off each tee.  I played out each ball and then took my "best ball" score to write down on the little kiddie golf card.  The holes are so short, you only need an 8 and 9 iron, a wedge and a putter.  Anything taller than an 8 iron is overkill.  It was great no having anyone looking over my shoulder or waiting impatiently for me to play ball.  Who knows?  We might even go do it again today.  Today's the last chance for to enjoy such stuff as kiddie golf.

Well, Da Weather's falling apart on us beginning tonight.  Here's the Wonky Talk from the NWS Pokemon:
LOOK FOR STRONG WEST TO NORTHWEST WINDS OF 20 TO 25 MPH WITH GUSTS OF 35 TO 40 MPH BEHIND THE THE FRONT SUNDAY AFTERNOON INTO EARLY EVENING. LOOK FOR SUNDAY DAY TIME HIGHS TO DROP 20 TO 25 DEGREES FROM SATURDAY HIGHS.

Jeff & Suzanne are slated to come for Sunday Brunch tomorrow morning.  It will be interesting to see if conditions are favorable for outside dining or if we have to huddle indoors while chattering our teeth about the wind and cold.

As you might expect, through this weekend, we will continue packing for the Jenny Lake trip.  We made good strides yesterday but much remains to be done. It's really ironic that the past two Labor Day weekend have been very similar to the forecast for this one.  The bad weather peaked each of the last two years on Labor day itself and then the skies parted and we had beautiful weather for our Jenny Lake trips.  It looks like the same exact thing will happen this year.  Monday's weather is progged to be pretty crummy but Tuesday looks like another glorious Blue Bird Day.  Go figure.

Hey, here's a story for ya.  One of our Dear Friends is a fella named Bill Cook.  If you ever met Bill, you'd never furrgit him.  To say Bill is a "character" is one colossal understatement of intergalactic magnitude.  Yep, when Bill goes through the Pearly Gates, St. Peter is gonna pull him aside and say, "Stay right here, Bill, I need some entertainment!"  Bill is the proverbial Jack of All Trades.  You name it, Bill has either done it, is doing it or plans to do it soon.  Our life paths were once very heavily intertwined.  When we sold our Arizona property, contact with Bill became far less frequent and now it's been maybe two years since we've heard Bill's rip-roarin' WHA-WHOO voice on a telephone.  When we moved to Idaho, Bill moved his road show way out yonder in Duncan, Arizona.  Where the h*** is Duncan, you ask?  You'll have to use Mapquest or Google Maps to answer that question.  It's somewhere in the Far East (of Arizona, that is).

Well, this morning, I was curious as to how many Virgo People we know and I was consulting our Birthday Book.  Debby D and Susun's brother Roger were born on the 2nd.  Lo and behold, Cookie (AKA: Bill Cook) is celebrating his birthday today.  That's what got me thinking about Bill. (Other Virgos are: Jim Bishop (9/6), Betty Martin (9/11) Richard Hyde (9/12) and The Goatherder (9/19).

OK, so I got to wondering whazzup with Ol' Bill and I figgered no task is too tall or too arcane for the Google search engines.  Afterall, as gregarious as Bill is, he should show up someplace in Cyberspace.  Sure enough, it didn't even take me 60 second to pin him down.  He's got hisself right up front and center with the Duncan Farmers Market.  Yep, Ol' Bill shore is dependable, ain't he?  Pull yer mouse up, sonny, and click right here to see Ol' Bill.  Just scroll right down yonder webpage to see his grinning face and a pickup load o' produce, too.  (Heck, I decided to blow up that little tiny thumbnail and put it atop this post.  The picture is blurry because the original was the size of a postage stamp. That's what happens when you blown up stamps.) Wouldn't ya know it, Ol' Bill even put his phone number right smack dab on teh page, too.  So, now, we'll get to call him and sing Happy Birthday.  Man, ya gotta LUV Google's search engines!

Have a great day and Cheers!  jp
Posted by John Parsons at 7:44 AM