Is this a cooking show on some foodie channel or what? 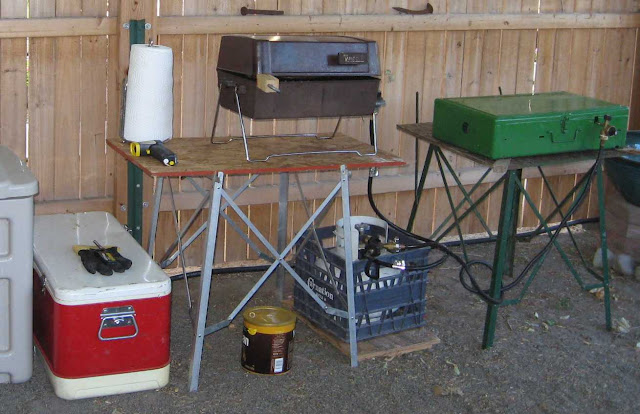 Gee, what's up with all these posts on food?  Ah, not much, we get OCD about cooking sometimes and become blinded to most other realities.  It's a fad, it will pass.  However, you can expect more cooking posts coming to your neighborhood blog soon.  Maybe we will rename the blog "y2eat!"

In spite of eating all this Sinner Food, as Low Carb Devotees call any food with high carbs, my weight is 3.5 pounds lower than on 01JAN10 and is also at its lowest of Year 2010 (AKA: Y2Ten).  That's good news.  I will go back on the Atkins Boot Camp diet when Susun goes to San Diego and maybe drop a few more pounds, too.  Eating copious amounts of sinner food this week certainly doesn't bode well for continued weight loss!

We spent a lot of time yesterday morning pecking away at the keyboard and then the afternoon was consumed by obsessive and repeated visited to thrift stores.  No kidding, we made SIX visits to the thrift stores.  Why?  Well, it started out innocently enough at the Idaho Youth Ranch.  For about 3 weeks, I have been looking for a backup 12 volt power unit to use to power the air pump to blow up The Lynx.  Our existing power unit is 4 years old and has a bad habit of quitting halfway through the boat-rigging process.
Hence, the need for a backup unit.  These units are otherwise known as "jump starters" for vehicles.  They sell anywhere from $60-$100 each, depending on their bells and whistles.  Lately, I've been willing to spend $75 on one of them but haven't been able to find a decent unit for that price.  It's been frustrating, of course.
Well, I found a unit exactly like our existing unit at the Youth Ranch for $4! After making sure they would accept it on return if it didn't work, I took it home.  Then the fun began.  The AC adapter was for an iOmega Zip drive, NOT a 12 volt portable power unit.  Opps.  So, I spent the afternoon pawing through piles of tangled AC adapters at the thrift stores--it really taxed my patience.  At one point, I even had two guys laugh out loud at me while I was on the floor wrassling a big pile of AC adapters.  I spent an additional $3 on various adapters and finally cut some wires and patched the correct polarity pin to the a correct charger and got the puppy to take a charge.  It only took a little over 3 hours but it shot the entire afternoon.  This morning, we will determine if it really HELD the charge.  If so, we're in tall clover once again and saved almost $70 to boot.

We're renaming The Turco to "El Turco."  It has a better ring to it and it makes a MUCH better acronym: ET.  How can you beat ET?  ET: The Little Oven That Could!  ET is easily the best camping acquisition of Y2Ten, no doubt about it.  Gone are the messy, hazardous days of charcoal and boat anchor dutch ovens.  Now we can bake almost anything, anywhere with ease, enjoyment and a smile on our face.

Yep, you guessed it, there's more cornbread on tap this morning.  I won't know what's in it until the mix gets poured into the skillet.  We'll do a cornbread deja vu post here later this morning.  Ah, that reminds me once again of my favorite quote from my favorite movie, "Groundhog Day."

Phil: Do you ever have déjà vu, Mrs. Lancaster?
Mrs. Lancaster: I don't think so, but I could check with the kitchen.

Well, we'll check with our kitchen and get back with ya here real soon.  Cheers! jp 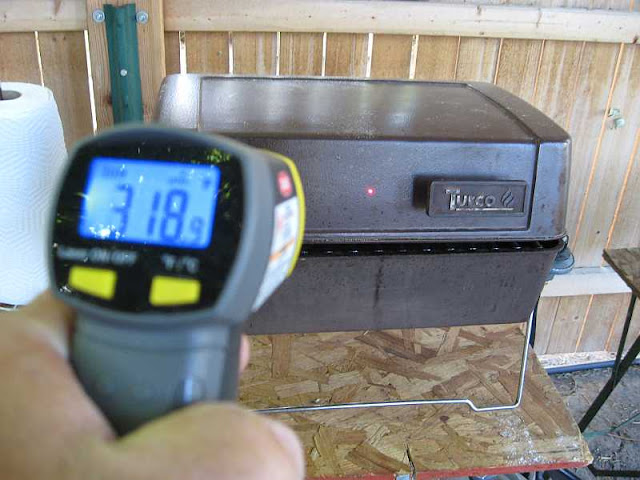