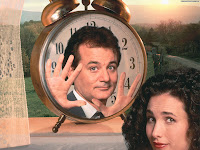 Yes, it's true, I will be spending most of the day shoveling and blowing snow, chipping ice, spreading salt, clearing snow off vehicles and, yes, just dealing with snow, snow, and more snow.

Surprise! We went to sleep last night with clear sidewalks, steps, vehicles, etc. This morning, they look just like they did yesterday--all covered with about the same amount of snow. Somehow, that sneaky snow parachuted in during the dark of night and blanketed everything we own. So, it's back to the future behind a snorting snowblower while facing the prospect of putting my aching back into action once again. Once again we will have the obligatory avalanches from the metal roof. Once again, we will be shoveling snow away from the basement stem wall.

Yep, Ground Hog Day. Actually, it's not so bad--at least we are warm and cozy and looking outside at the snow. We have all the right tools and we're healthy and happy. We have hot coffee and food in the fridge and, besides, I even have this computer ad blog to play with.

During the movie, Phil (Bill Murray) really fights and struggles to get out of his daily trap. Finally, he calms down and accepts his fate and realizes that's his life--over and over and over again. Instead of hurling invective or making fun of hte local people, he finds respect for them and his circumstances.

Early in Phil's circumstances, he says, "This is pitiful. A thousand people freezing their butts off waiting to worship a rat. What a hype. Groundhog Day used to mean something in this town. They used to pull the hog out, and they used to eat it. You're hypocrites, all of you!"

Later, when Phil is at peace with his fate, he makes a tender speech and states, "When Chekhov saw the long winter, he saw a winter bleak and dark and bereft of hope. Yet we know that winter is just another step in the cycle of life. But standing here among the people of Punxsutawney and basking in the warmth of their hearths and hearts, I couldn't imagine a better fate than a long and lustrous winter."