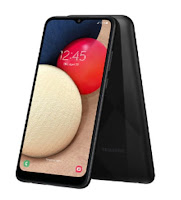 We're Thankful....
OK. Astute readers know we ordered our Black Friday item on Monday, November 22, right about 5 PM, Arizona Time. That's right. Friday morphed to Monday.
So get this: the Samsung Galaxy A02 Android phone we ordered will be delivered to Rimrock TODAY. If I read my calendar correctly, that's the day BEFORE Thanksgiving. Weird...but Good!
Remember the old Wild West Daze of Black Friday? People had to go out in the total dark of night and fall into huge, long lines snaking through parking lots. Many years ago, Clair and I purposely drove past a Best Buy in the Mesa, Arizona, area. The line was perhaps a quarter mile long. Some people had been waiting in lines for days. They had camps set up with BBQ's sofas and party decorations. They generally wore Hawaiian party outfits. It was C-R-A-Z-Y! Me, myself and I actually participated in such madness. When decent digital cameras were then a "thing," I joined a line at 4 AM in front of the Mesa Target store. We were maybe #5 in line. (Target deals weren't worthy of a conga party line.) The other people in line were multi-year veterans of Black Friday hand-to-hand combat. They swapped horror stories of their battle scars. When the doors swung open, a surge of humanity pulsed through and everybody (including me) took off running. It was a cross between roller blade, ice hockey, sandlot football and wrestle mania. People (including me) were throwing elbows and trying to trip their competitors. There were no rules and politeness and civility were not part of the Game Plan. The general idea was "firstest gets the mostest." Well, that night, I won. I got my whopping FOUR megapixel digital camera. Even as a Black Friday deal it wasn't cheap by today's standards. I think it cost me $125. HA! Now you can't even give away four megapixel digital camera--unless someone wants a trendy tire chock. We've had lots of other hair-raisin' Black Friday experiences plus one that was (and remains) absolutely hilarious. But that night at Target is unforgettable. I had to throw not one but TWO body blocks on two guys to get them out of my way. Quite frankly, I'm surprised it didn't come to outright brawlin'. In today's contentious cultural climate, I suspect it WOULD come to brawlin'...or worse. Thank Goodness stores have come to realize their liability for enabling and encouraging such egregious behaviors. It's quite fun to sit here in a straw house on a cozy Monday afternoon and score a Black Friday deal with a few mouse clicks. And it's even more fun to know that my Black Friday deal will arrive today. PS: Here's the Hilarious Story. It was at the Prescott Costco many years ago. I needed a new laptop and Costco had a truly incredible deal on a hot laptop. Even though I knew my odds of actually getting the laptop were Slim & None, I drove over to Prescott, knowing Costco was going to open at 10 AM and not a minute sooner. Well, the line stretched way past Tires but my intuition told me to stay the course. As soon as the scrum huffed and puffed their way into the store, I beat feet for the computer area. Sure enuf, maybe 50 people were crammed together trying to get the laptops. I quickly noticed there were NO laptops but then realized it was a "hang tag deal." That's right. You had to bring the hang tag to the register to get the computer. Well, while everyone was looking down and wailing about "where's the laptops," I looked up and, LO! There was the hang tag number, easily visible. I memorized it and hot-footed it to a register and asked for that number. The Staff quickly went and picked up a laptop and brought it back. I paid and walked out of the store while those 50 people were still wailing and moaning at the site. One of them saw me leaving the store with the laptop and yelled out, " LOOK! That guy's got ONE!" And the whole crowd of 50-some people turned slack-jawed to stare at me. I smiled and waved and tried my best to look like the Zip-Zag man "just passin' through." HAHAHA! I can't help myself. I STILL laugh at that one. It was a red hot, Super Sweet Black Friday triumph.
Posted by John Parsons at 6:40 AM