If we leave on Saturday, October 23rd, we would camp at Willard Bay State Park on the very north tip of the 100-mile-long Salt Lake Metroplex and then drive I-15 through the gauntlet on Sunday morning when everyone is in Church.

However, if have to leave early, there is NO WAY we would drive The Gauntlet on a weekday.  Absolutely NO WAY.  So, we would then have to drive on the east side of The Wasatch Front.  The route variations are below. 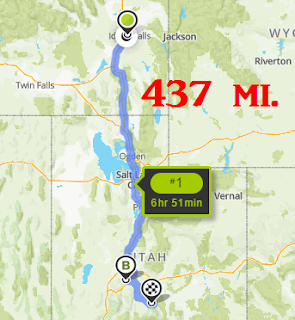 Here's the normal and most direct route from Idaho Falls to Capitol Reef National Park.  EZPZ.  We jump I-15 and drive to Nephi, then head south through Levan and Gunnison to Salida.  Then over to Segurd and thence South to Torrey, Utah. 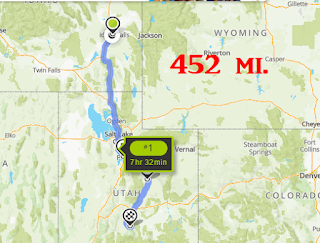 A second alternate is to get on US 6 at Spanish Fork and go over Soldier Summit to Helper/Price and thence south to Ferron and take a paved backroad to Loa and then to Torrey.  It's only a few miles different than the most direct route. 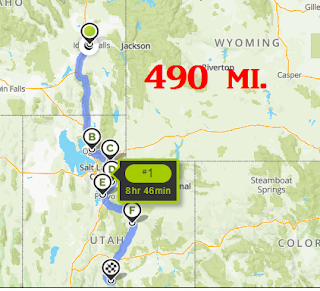 The route that entirely bypasses the Salt Lake Metroplex is about 50 miles longer. We'd turn East at Ogden and then south at Echo to Heber City and then to Provo.  We'd take side streets (AKA: Old US 89) to Spanish Fork and then up and over Soldier Summit to Helper/Price  and then to Ferron, etc.  There is another ALT version of this going from Heber to Duchesne to Helper but the long, steep downhill off that plateau is wickedly scary so we won't be doing that.