All throughout The West there's a common refrain: "Only two kinds of people predict weather here,  newcomers and fools."

Well, we're not a newcomer so that leave only one other possible description for us.  Luckily, we've never shied away from weather predicting just because we're foolish.  We enjoy the intricate challenges of weather prediction and so we foolishly forge on.

Our weather predicting penchant periodically ebbs and flows according to a fairly predictable annual cycle.  At some times of the year, we're silent and don't bother with weather.  Generally, we're most active in the wet seasons.  However, our forecasting typically comes alive right about now in early August as we attempt to read the tea leaves portending the changes of seasons from Summer to Fall.

In Arizona, that would be a colossal waste of time and truly foolish!  Here in Eastern Idaho, it's quite a bit of fun since it is SO subtle, SO inscrutable and yet SO real.  You see, Fall tends to come early here in Eastern Idaho and it typically catches people by surprise.  Why?  Well, the biggest factor is almost certainly the juxtaposition of Hellacious High Heat when a sudden stealthy surge of tell tale Fall weather conditions.

For example, a week ago we were quite literally cookin' here in Idaho Falls.  In fact, the cook had the oven cranked up and our daily high temps were breaking records.  Any time a summer high temp record gets broken you can pretty well assume is actually, really is HOT!

OK, here we are a mere one week later talking about the onset of Fall.  Is that crazy foolish or what?  On the surface, it seems rather insane but Eastern Idaho is filled with climatic surprises and a sudden shift to Fall weather often happens to be one such surprise.  We suspect such a surprise is in store for Year Twenty Twenty. 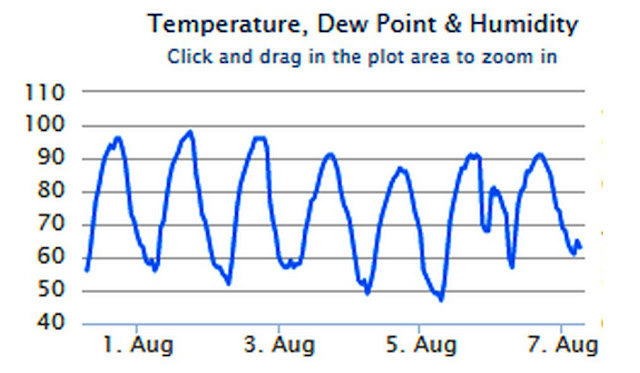 Let's review the current situation and then indulge in some delightful speculation.  First things first.
We believe last week's record-breaking temps were the "high point" of our typical summer heat wave.

There's no evidence or hint in the forecasts that anything approaching those temps seen last week are on the horizon between now and next year.  Yes, we will see occasional temps in the low 90's but that's a far cry from the nearly 100 degrees recorded a week ago.

Meanwhile temps are beginning to trend downward, especially in the mid and high elevations.  Everybody knows Fall usually tips its hand by early September.  Pretty much anybody can look up at the sky in mid-September and nod knowingly and pontificate that "Fall Is Here."

If we look at the Climate Prediction Center's 8-14 day forecast, we see below normal temps are forecast.  Meanwhile the Old Farmer's Almanac concurs that seasonal cooling is very likely. Those are the high cards in our poker hand to predict the onset of Fall.  It's nearly guaranteed we will be cooling off nicely between now and mid-August.  Once we get to mid-August, it's almost impossible for the mind-melting high temps to return.  Also, needless to say, mid-August is a LOT closer to the time when everybody knows Fall is here.

There will come a time between today, August 7th and September 7th when you will actually be able to "Feel Fall" in the air.  Yes, it does have a tangible feeling.  It also seems to have a tangible smell as well.  There's something that changes in the air quality.

That's why we're just sayin' that we've turned the corner and we're headin' down that good ridin' road to Fall.  It appears our transition from Summer to Fall will be a dry one this year.  In any event, your loco Fool on 12th St. is on record as predictin' Fall is right around the corner. 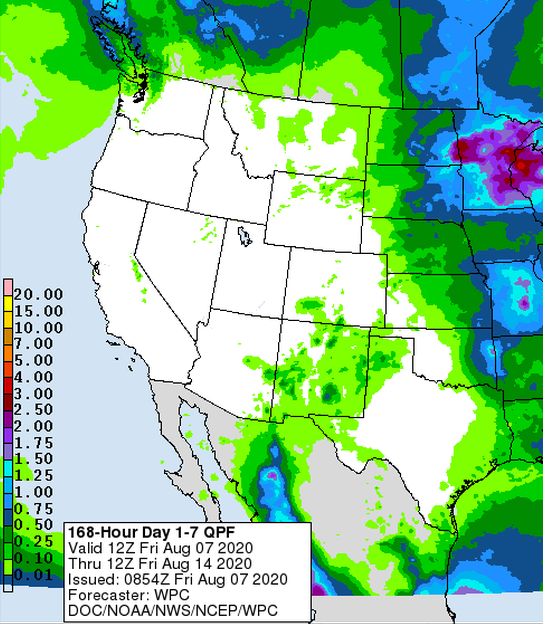