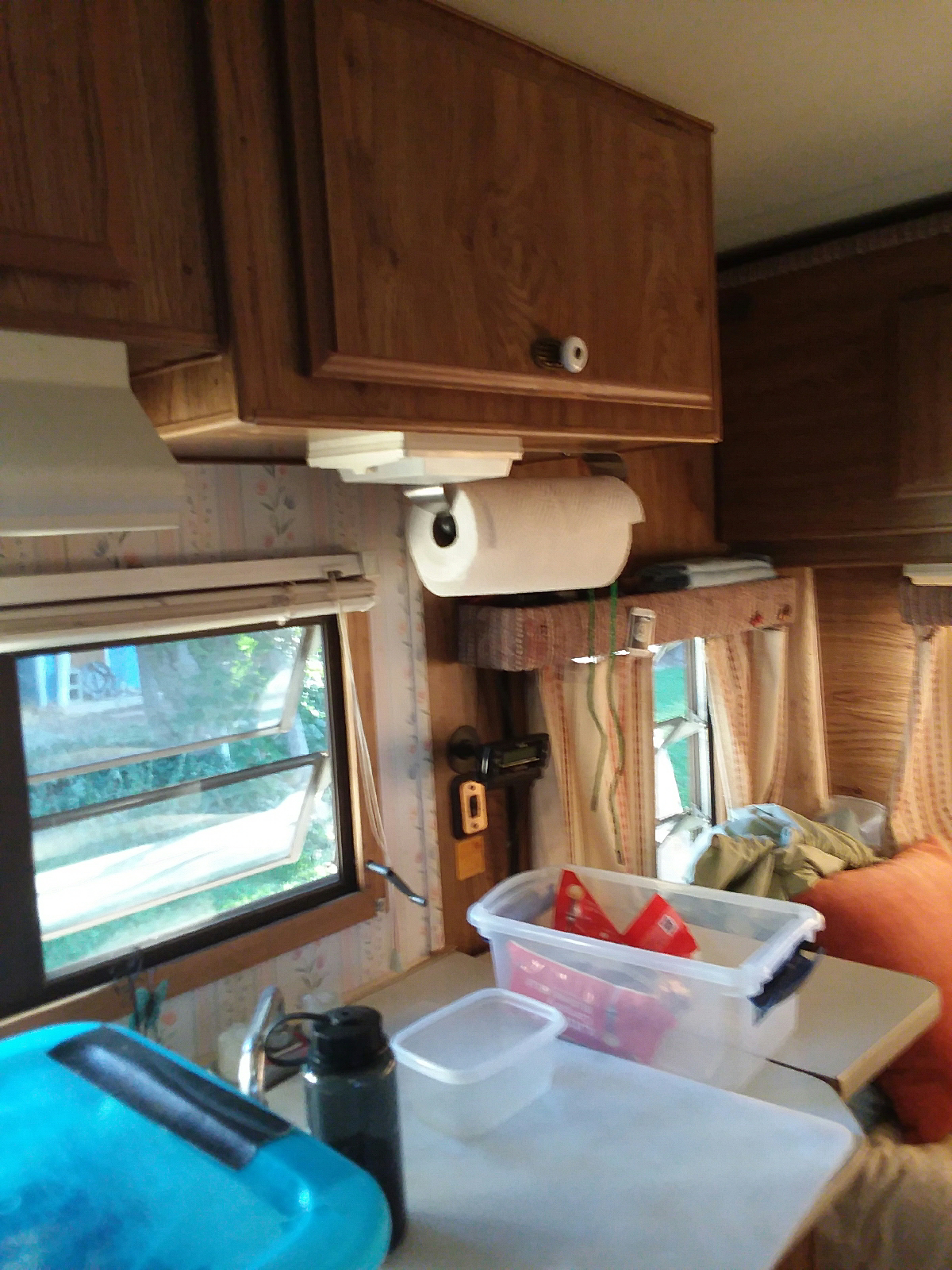 Why and how is it that we can ALWAYS find something to tinker with on, in or related to out 16-foot travel trailer.  You'd think that we would ahve long ago run out of things to tinker with.  It never ceases to amaze me that we tinker with the little things practically everyday.  Of course, we don't begrudge that reality.  Nope, we actually enjoy that reality.  Tinkering is one of our fun nebulous hobbies.  The travel trailer provides a seemingly endless cornucopia of Tinker Toys.

Yesterday is a classic example.  We spent HOURS tinkering with condiments.  Seriously?  Yes, indeed.
You see, space is very limited in such a small travel trailer.  There is only a portion of one small overhead cabinet that can be used for oils and condiments. It's less than one cubic foot....way less.  I can't even begin to quantify the number of hours we've spent tinkering with that small space.

We have a plastic container that's supposed to hold canola oil, olive oil, rice wine vinegar, balsamic vinegar and Worcestershire sauce.  Trouble is that is has NEVER held all of those items.  It's held a few but never all of them.  So yesterday was THE Day to tinker with that small plastic container and force it to hold those five items.  That's why I spent hours tinkering with condiments.  Every single original store-bought bottle is far too large to share space in the small plastic container with the hour other store-bought bottle.  Producers of each of those five ingredients want you to use a LOT of the stuff they sell.  So the first step is to sell you a large bottle of their stuff, far larger than you will need for a long time.  Even the smallest bottle of either canola or olive oil is insanely large.  Ditto the others.

So the challenge was to find five appropriate bottles that could fit comfortably in the small plastic container without having to cram them into their tiny spot.  You'd think it would be EZPZ to find such bottle. HAHAHA!  You'd think WRONG!  After several hours of searching around town in several stores, we finally did find five such bottles.  But then each bottle had to be "treated."  That meant removing the labels, cleaning out the old contents, removing adhesive residue from the outside, drying, etc.  But we finally did "git 'er dun" after all these years.  All five ingredients are FINALLY united in the same small plastic container and will be easier than ever to reach up and obtain for cooking on the travel trailer stove top.

While we were at it, we redesigned the remainder of the small space and also have better than ever containers for salt & pepper, two bottle of hot sauce, Parmesan cheese and Thai green curry.  That small space is the best organized it's ever been and we're quite proud of it.  We don't care that it took hours yesterday.  We don't even think about the time spent.  We think only of the results..and they are good. 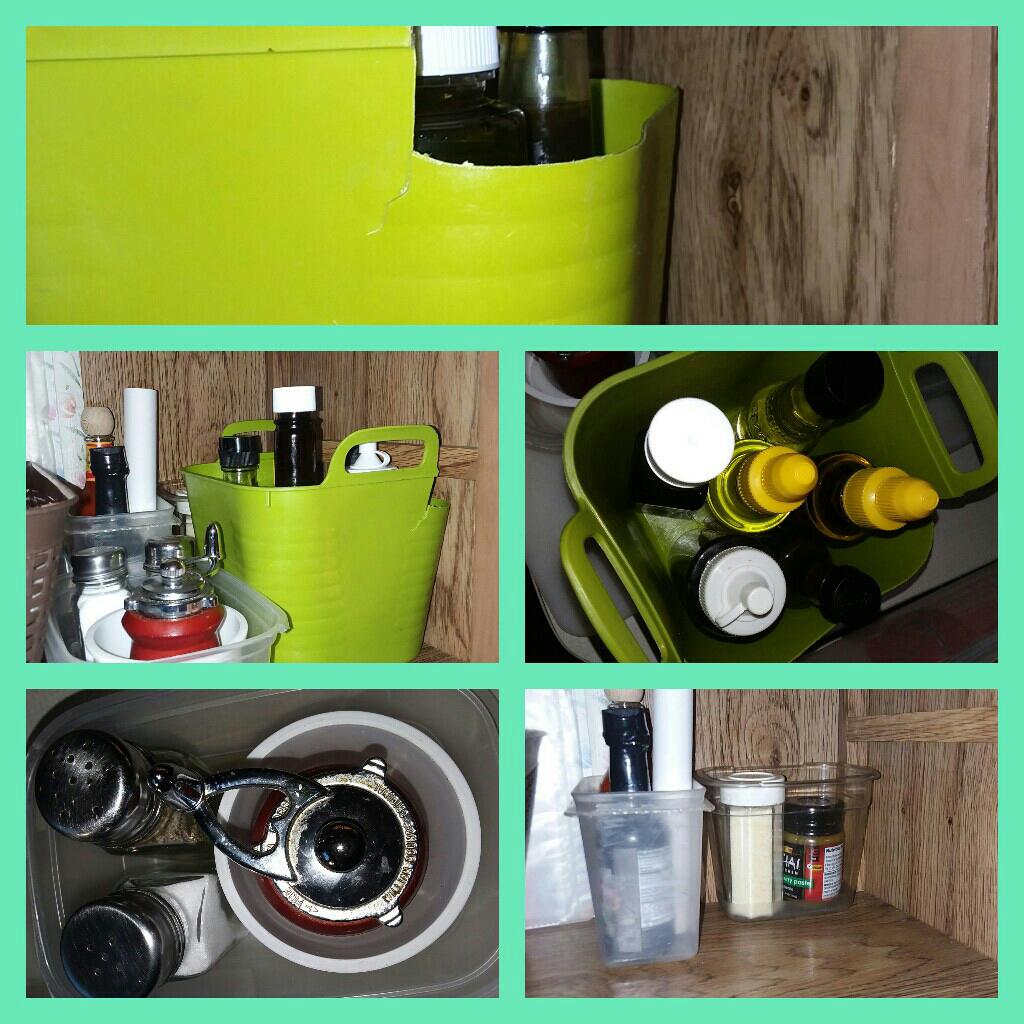 Today, we will turn our attention to the herbs and spices drawer and then to the pantry.  One thing we know for sure after all these years...we will NEVER be done tinkering with this (or any other) travel trailer.  It's ALL part of the process and all part of the FUN!