Back in March 1943 when Jack Delano rode a Santa Fe freight train through Flagstaff to Winslow, he could have never known there would be people studying his photographs nearly 77 years later.

Delano's informative and often poignant images reveal a slice of Northern Arizona Railroad Life heretofore unseen.  Delano's career would span many genres and localities but it is his Office of War Information photos of the rails across Northern Arizona that will live forever in the annals of Southwest history fans. 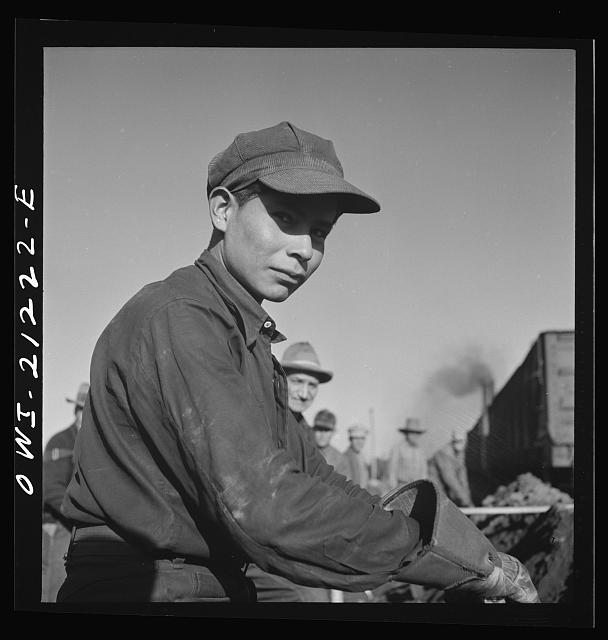 This is one of the most touching Delano photos I have found in his entire collection.
Most Delano photos of that era where not focused on an individual "looking at you." 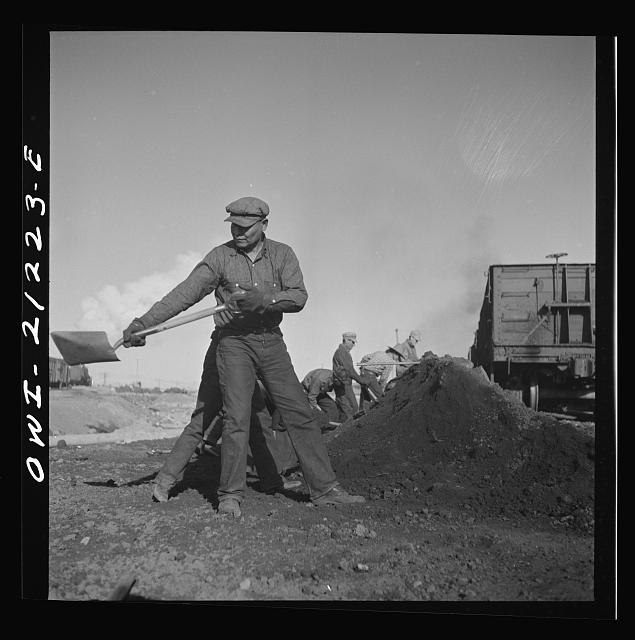 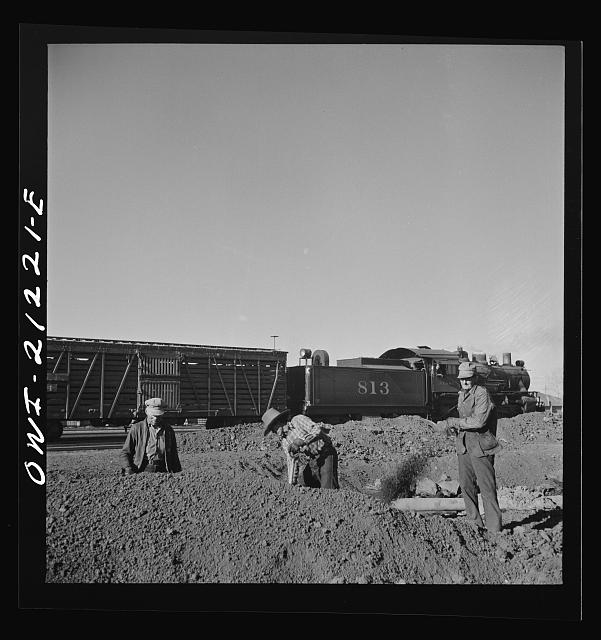 Delano was such a pro he stepped out into their world and recorded priceless photos! 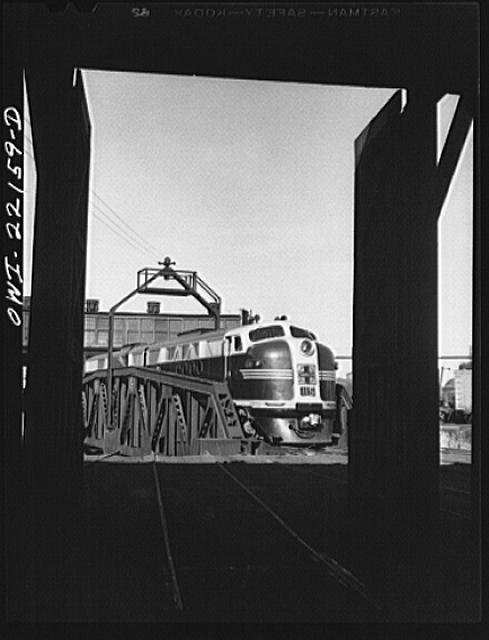 Winslow in '43 had the only diesel roundhouse on the Santa Fe line.
When diesels were invented, Santa Fe picked them for the Southwest.
Why? Well, water was an issue for steam engines. Diesels didn't need water. 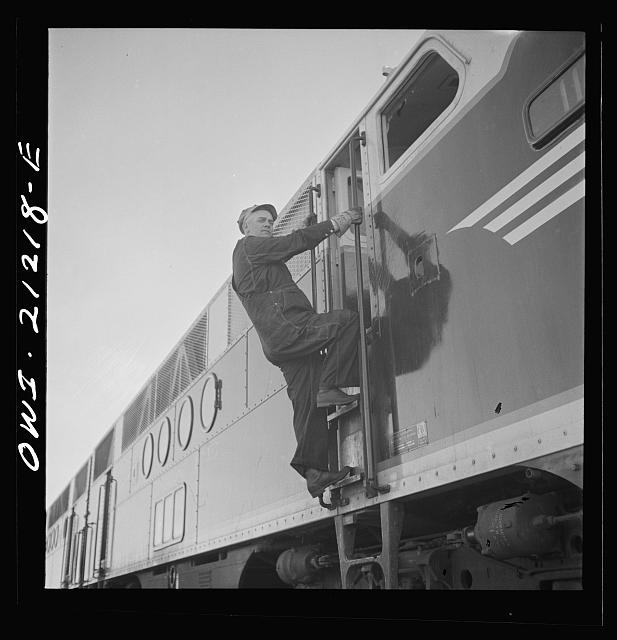 Delano was a creature of his culture.  White Men climbing aboard The Mighty Steed
are a special part of the Jack Delano Collection at the Library of Congress. 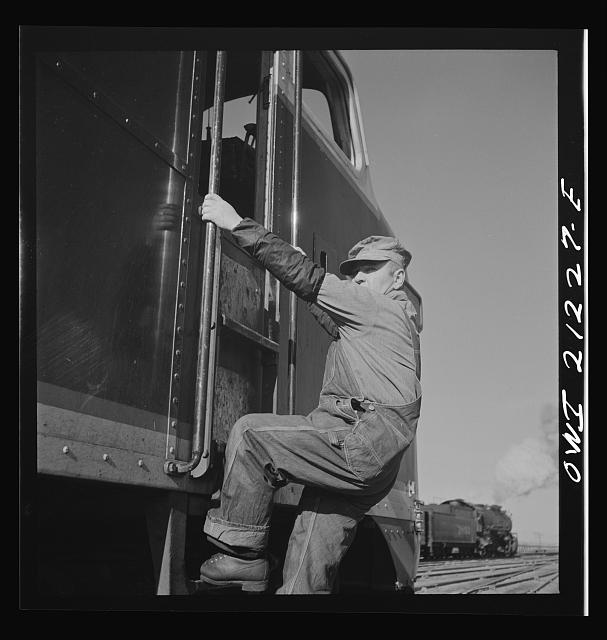 Ditto.  This photo is instructive because it shows a once vaunted steam steed
of the mighty Santa Fe line now relegated to switching duties in the Winslow yards. 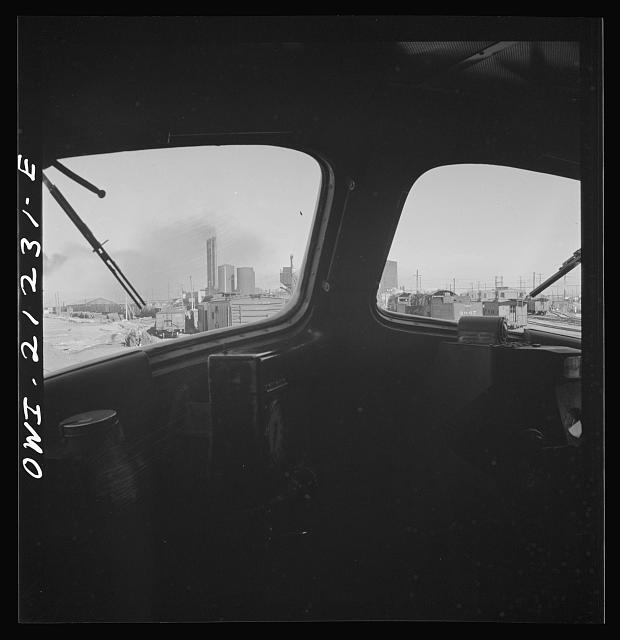 Delano was granted unprecedented access to the diesel locomotive engineer's cab.
Here you can see the Winslow yard laid out in front of the arriving engine.
If you look closely, you can see the Indian laborers at left shoveling cinders. 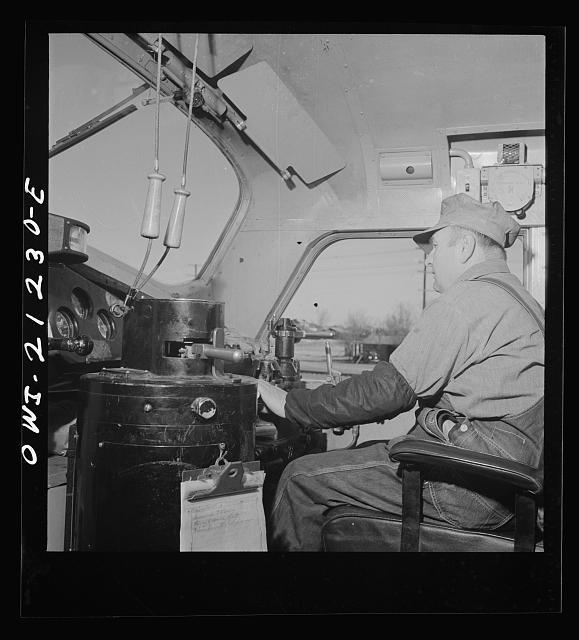 Delano was hired by the Office of War Information to give them what they wanted.
This is yet another photo of the strong, smart white man in control of technology.
Posted by John Parsons at 4:08 PM