We started this blog about ten years ago, plus or minus. So, we MUST post something here on New Year's Day of 2020!

We stealing two of our Facebook posts from New Year's Eve to create this post and perpetuate the fun day we had on New Year's Eve. 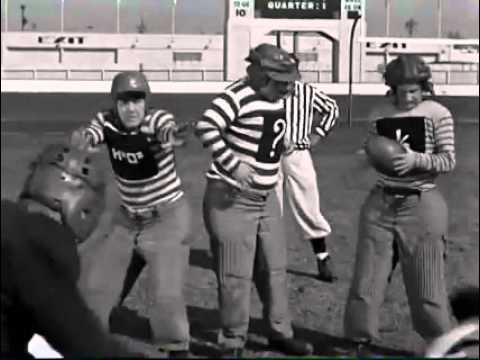 Well, the 1st half of the Sun Bowl is history. Here's our takeaways:

We called it slap stick football and Herm Edwards was a little more kind and just called it sloppy football. Frankly, we've never seen such sloppy football before unless it was in a Three Stooges movie...or something. Just when you thought it couldn't get sloppier...it did. In fact, if two high school teams played this badly, they probably would have all been expelled. At times during the first half it was hard to imagine this was actually a post season bowl game. A bunch of guys playing football on the back lot of The Project Housing could have played better and more entertaining football than what we saw during the first half. Frankly, it was a very sorry sight to see. It's only redeeming value was that it made watching Three Stooges Play Football a viable alternative.

Somehow, in spite of all odds and indications to the contrary, Arizona State accidentally stumbled into 9 points and the Sorry Seminoles are scoreless. But don't let the score fool you. The first half was a fiasco and is undoubtedly the laughing stock of Twitter feeds during halftime. If there was something good to say about this first half, I surely don't know what that would be.

Perhaps the only entertaining aspect of the first half was watching Tony The Tiger ads. Those ads were actually quite well done and the Mission Tiger campaign has some real merit. We'd suspect no one is watching this game except us since it's such a beautiful day outside.

Maybe the second half will be more entertaining...or not.

Our Brightest Spot of The Game was watching it with Dear Clair. She suddenly and unexpectedly sprouted and spouted some seriously correct football lingo and she swilled some beer and ate chips like a real football fan. Man, I was IMPRESSED! I don't know where the heck she got all that Right Stuff but it was a sight to see. YOU GO, Clair GIRL!!! 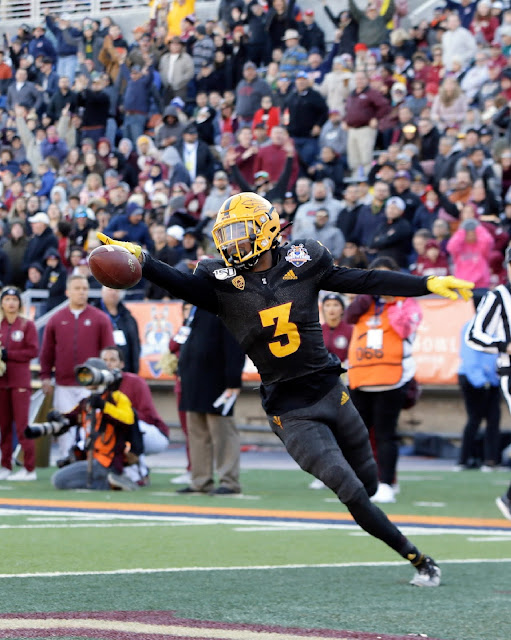 Cue Wild Cheering! Cue High Fives! Cue it ALL at 4 PM--in the middle of broad daylight! In Rimrock! Yes, that's what happened on New Year's Eve here. The Sun Devils Won The Sun Bowl! They shoulda lost. Heck, they shoulda never been there in the first place. But they WON!

Despite the fact it was a Three Stooges Bowl from start to finish, it was decidedly fun to watch because of the fact they won when, frankly, they shoulda lost. But that's the fickle finger of football.

My high school coach Paul La Rocca was a football purist. He always said that the fickle football could go any which way. And, of course, history has proven him correct so many more times than not.

ASU's team is all about the improbable. As The El Paso Times said after the game:

"The most probable result of the 86th Tony the Tiger Sun Bowl is that it would produce an improbable hero. In a strange and entertaining 20-14 Arizona State victory against Florida State in front of 42,412 fans, freshman safety Willie Harts, making his fourth start of the year, and his Sun Devil defensive teammates filled that role."

ASU football is now poised for greatness. The whole world can see that freshmen can and DO make a defining difference for The Sun Devils. Talented high schoolers are going to beat feet for Tempe! Jayden Daniels forged the way and Willie Harts just kicked down the door!