Well, the dust is settling on our carma.  With yesterday's departure of Samantha for The East Coast we're down to "only" four vehicles.

Here's how our carma shakes out or shapes up for now.

In Idaho, we now have a mere three vehicles:

The average age of our four vehicles is now 22.5 years.  As far as our ownership goes Annie is the Elder Stateswoman.  We bought her in June 2001.  Snappy was acquired in January 2006.  Marvie came on board in May 2013 and Seren is the Baby of the Family as she's only been with us since March this year.

By dropping down to just four vehicles, we are saving over $600 a year from our previous out-of-pocket cost.  Bear in mind that our insurance costs are minimal.  Really old vehicles can be typically insured for $20 a month, $25 tops.

Our total annual insurance cost for four vehicles is an approximate grand total of about $800 a year or roughly just a little over $2 a day.  Compare that to your own typical auto insurance bill.

Yes, it takes a LOT of fuel to move Annie towing The Ritz north and south.  Annie's gonna be lucky to get 12 miles per gallon out on the highway.  This trip, she's really gonna be loaded so 10 mpg sounds fair.  It's 800 miles so that's a max of 80 gallons of fuel.  Anything less is a big bonus.

Bear in mind that we save $1200 by not living here during the winter months.  Yep, that's how much our utility bills would be.

Since we're not taking Snappy back and forth, our cost of traveling to Arizona has dropped to an All Time Low.

If you think $300 is expensive to drive to Arizona, consider the cost of FLYING to Arizona.  Without fees for checked bags, one way for two people just to Phoenix would be over $400.  Now, add in rental car fees to get to Rimrock and you're probably looking at $500, just to show up with a mere couple of bags.

For the mere cost of $300, we get to carry ALL kinds of stuff down to Arizona, PLUS have a nifty travel trailer, too.  Yeah, $300 sounds expensive UNTIL you compare it to other stuff.  To us, $300 is a bargain.

Anyway, yesterday's departure of Samantha really cleared up our carma and we are Happy Campers. 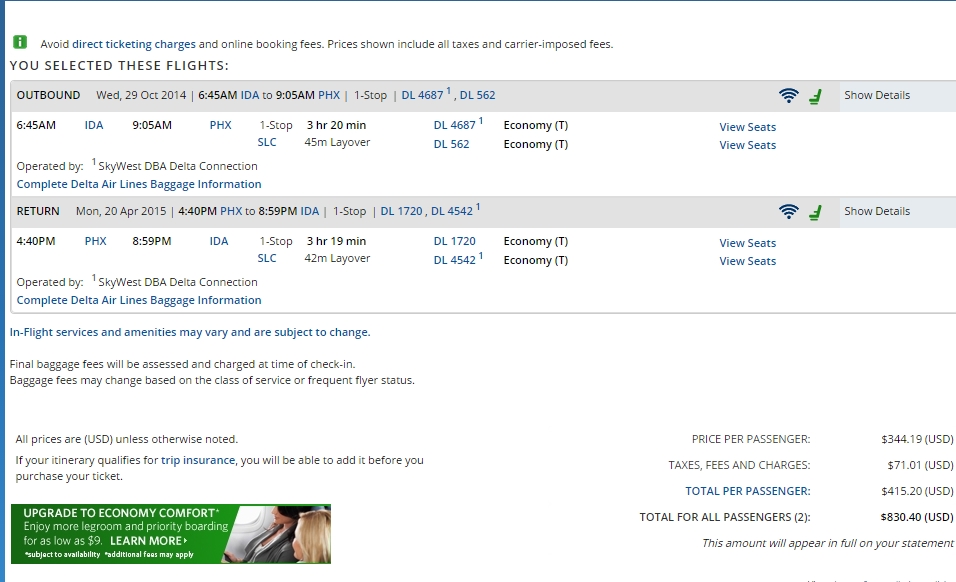