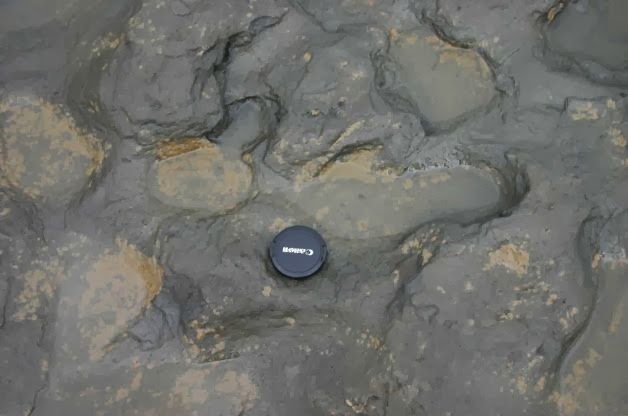 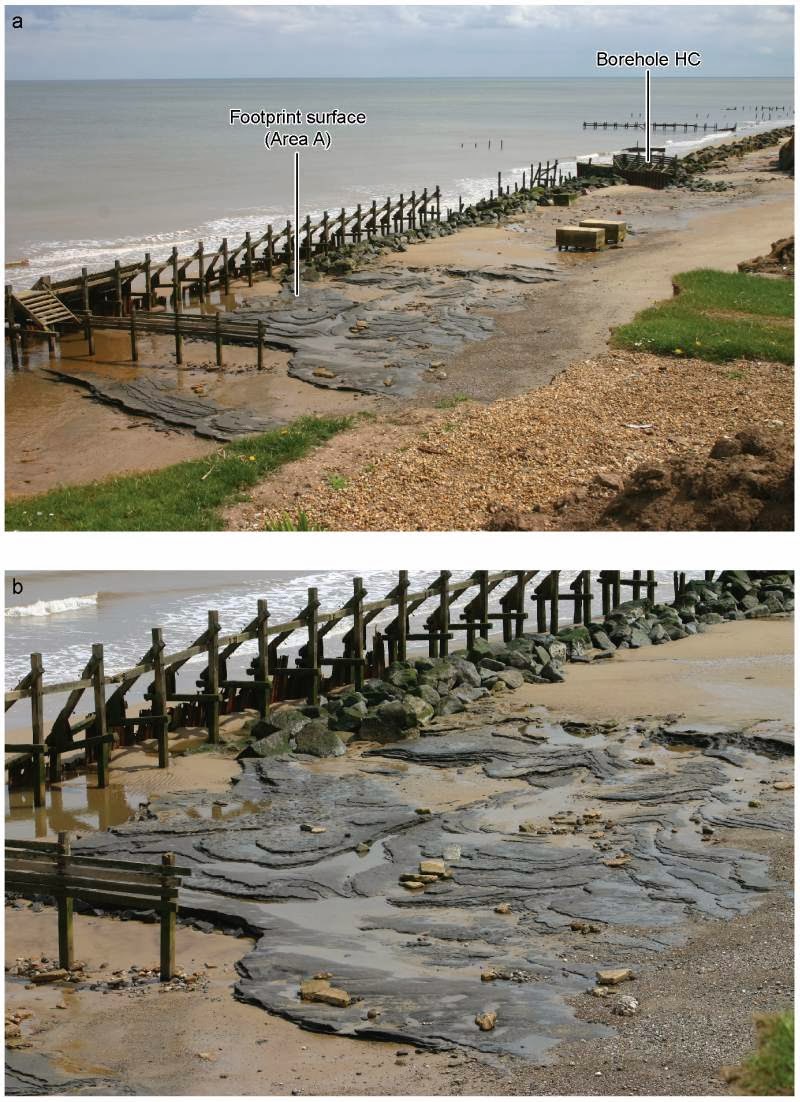 Well, now here's our lead-off story for Saturday morning.  It's all about 800,000 year old footprints found on a UK beach.  We found the story in the Seattle "Post-Intelligencer" (AKA: The PI).  The PI story is quite interesting and covers the topic well.  However, something perked our curiosity so we went looking for the original article at the PLOS ONE website.

Before this morning, we never heard of PLOS ONE.  That's one of the many fun things about preparing this Morning Edition.  We learn new stuff every day and sometimes we learn new stuff that stays with us.  So it is with the PLOS ONE.  You can bet we will be checking in often on that website.

Many scientific journals have powerful paywalls.  You try to read a scientific article cited in the common media and Good Luck.  Most of the time you can simply forget about it.  Well, PLOS ONE let's you right in and, POOF, you get the entire research report or scientific paper with NO requirement to pay!

So the bottom line is that I was able to learn "the rest of the story" about the ancient footprints by reading the original report that was cited in the PI.  To me at least, that's Major Fun and wonderful way to get off on the right foot today! 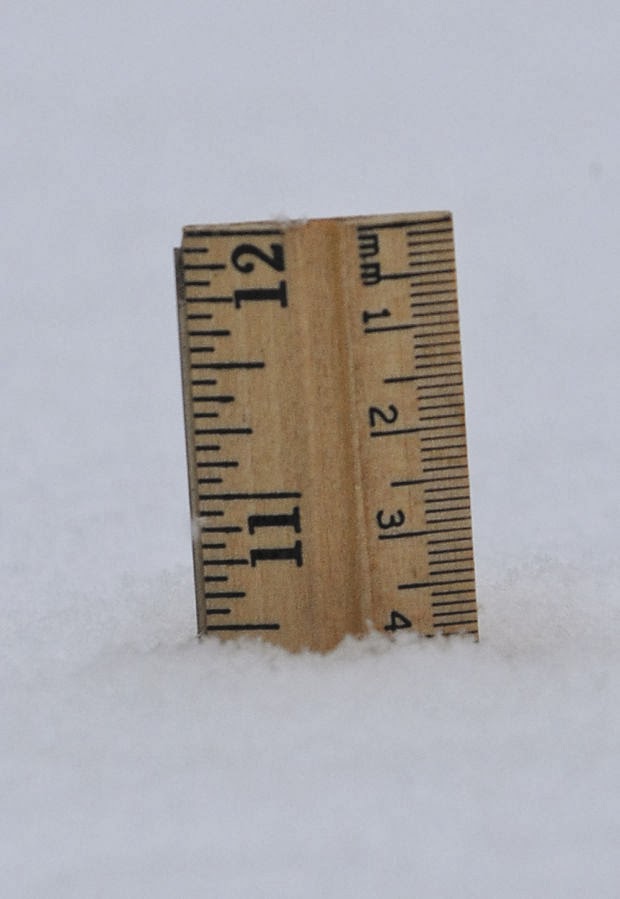 We haven't actually spent much time this morning reading storm stories.  Heck, it would probably take us all day to read all the various storm stories.  One snippet did catch our eye while checking the Seattle newspapers.  Here is the snippet:

"New snow totals by Friday evening ranged from 9 inches in western Oregon's Willamette Valley at Corvallis to 2 inches in Portland and an inch in Vancouver, Wash. Corvallis, home to Oregon State University, has gotten 18 inches of snow in two days."

Well, anyway, 18 inches of snow in Corvallis seems rather unusual so we went to the Corvallis newspaper and found a story about the snowfall there.

And while we were roaming that particular newspaper, we found an article about the extent of Oregon's drought with this intriguing quote from a US NRCS hydrologist: "It is not reasonable to hope to get back to normal."


The craft beer "movement," if that's what you want to call it never ceases to amaze me.  It just keeps getting bigger and bigger and now this.  I spent the bulk of my life as a beer drinker.  One day in September 2009, for whatever unfathomable reason, I stopped drinking beer and switched to wine.  Until just this past Sunday, I hadn't had a beer since 2009.  Someone left some Mexican beer after our party and I thought, "Heck, I think I will drink a beer."  YUCK!  Let me tell ya, I had no idea that my reaction to beer would be so adverse.  I can now guarantee ya it will be many more years before I ever get the urge to do that again.  It's strange how life brings about changes in our taste buds and preferences.  If between roughly 1965 and 2009, you would have told me I would someday be "beer adverse" I would have laughed you out of the room. 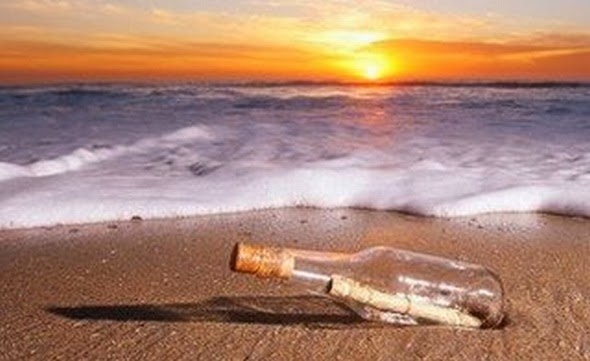 "I think everybody loves to find a message in a bottle."

If you are like me, you, too, have always been fascinated by the possibility of finding a message in a bottle.  No, I have never found one but I still keep looking.  Back in the day, I only looked on ocean beaches.  Now I kee an eye on bottles that might be on top of peaks or in special places.  What with geo-caching, I suspect there's a lot of messages in a lot of bottles these days, even if I haven't ever found one.  This is a fun story.

I continue to check in on my Home Town newspaper now and then.  I grew up with the Lafayette "Journal & Courier" and aspired to be a Reporter there at that newspaper.  I know that I can generally find something interesting in the "J&C."  And so it was this morning that we came across this warm fuzzy article about a retired Methodist Minister.  As Dear Friend Natalie says, "Writers Write" and this guy is a role model for the rest of us who always find excuses aplenty to put off writing until another day. 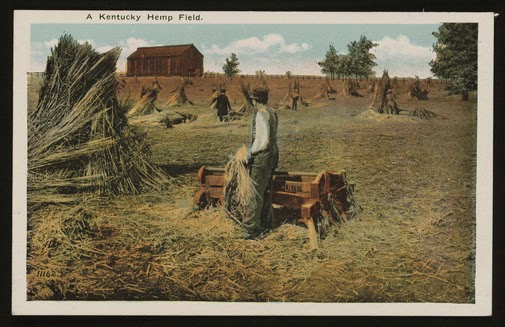 Surprise!  The new Farm Bill signed into law includes a provision legalizing hemp production for research purposes.  That's huge news for a lot of farmers nationwide.  In case you don't know, industrial hemp is not a drug and you can't get high smoking it.  I found this out the hard way back in the 1960's.  Hemp was once a major crop in the Midwest long before I was born.  I was working on a survey crew in Northern Indiana where hemp grew like a weed everywhere.  All the survey crew guys laughed when I asked if it was a marijuana crop?  They all said, "No, sucker, it's a (*^&$^(@ WEED, it's NOT POT!"  Well, naturally, I had to find out for myself so I took some home and dried it out and tried to smoke it. HA! HA! HA!  If you want to know what smoking hemp is like, try smoking a tumbleweed, a dandelion or any other common weed.  It has always amazed me that hemp production has been illegal in this country.  It grows like any other weed but its industrial applications are seemingly endless and it could truly be a giant boon (and boom) for American agriculture, especially in area with marginally productive soils.

The best article on this news that I found this morning is located on a very trashy publication with offensive advertising and photos.  I could not in good conscience send my Morning Edition readers to such a publication.  It's not an R-rated publication, it's just annoyingly trashy, maybe PG Minus.  Anyway, I copied the text of the article and made it into a Google Document and put it on my Google Drive.  If you simply MUST see the original source, the link is included at the very end of the article linked below.

And speaking of "the very end," that's all for this morning!  Have a Great Saturday and Many Happy Cheers!

https://docs.google.com/document/d/1o_HzVdjkpN-hf4eOy0_Pz3EvNA0noWq9RZD2vQKtEF0/edit?usp=sharing
Posted by John Parsons at 7:38 AM