We hiked the Long Canyon Trail Hill late this afternoon with a light day pack.  The Body Parts worked well. Below are two photos that summarize the hike. Basically we hiked up 650 elevation gain with a light day pack.  The knee was fine going up and coming down.  We used two hiking sticks instead of the normal one.
Our best time on this short work-out hike has been 23 minutes (net).  You can see we burnt off 7-8 minutes for "breathers" but the net uphill was fairly close to our lowest time.

The real question looming is how we will behave and react carrying weight up a Grand Canyon style hill.

Climbing 650 feet in 27 net minutes is OK.  If we equate this to a "Loaded Pack-Quivalent" (LPQ), we'd probably be able to hike out from Dripping Springs in 2-3 hours. 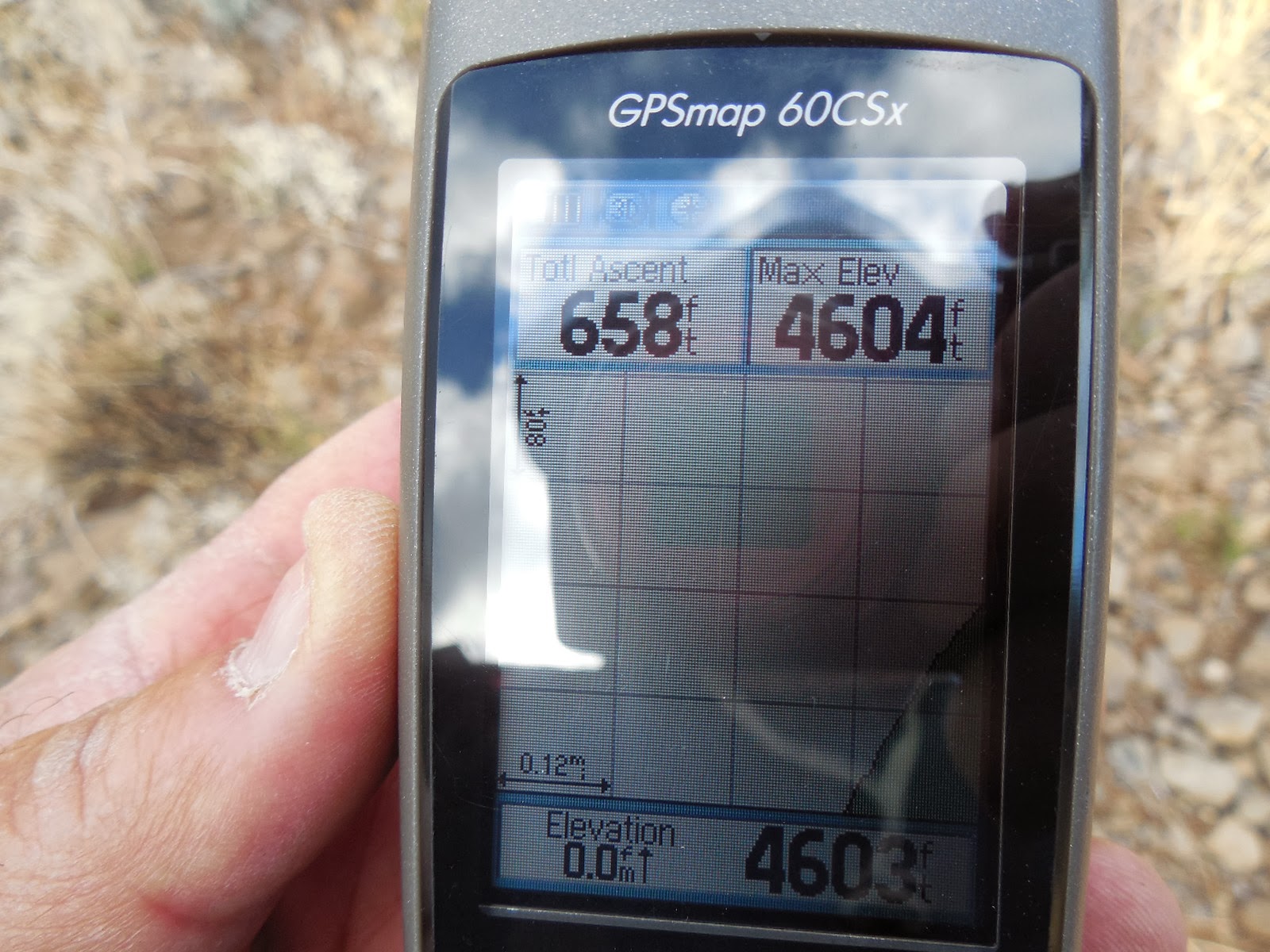 As you can see, the elevation gain of the hike was 658 feet. 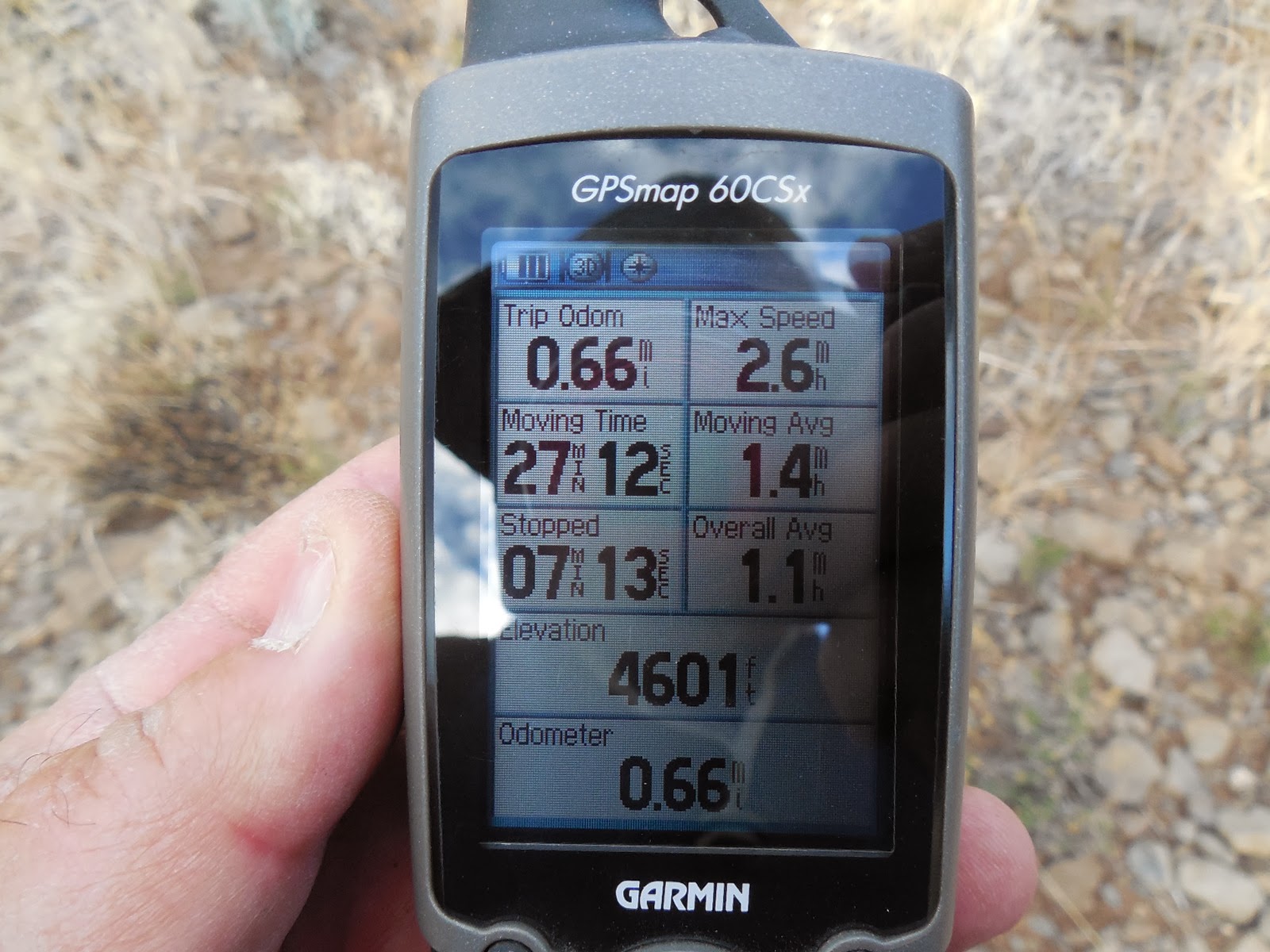 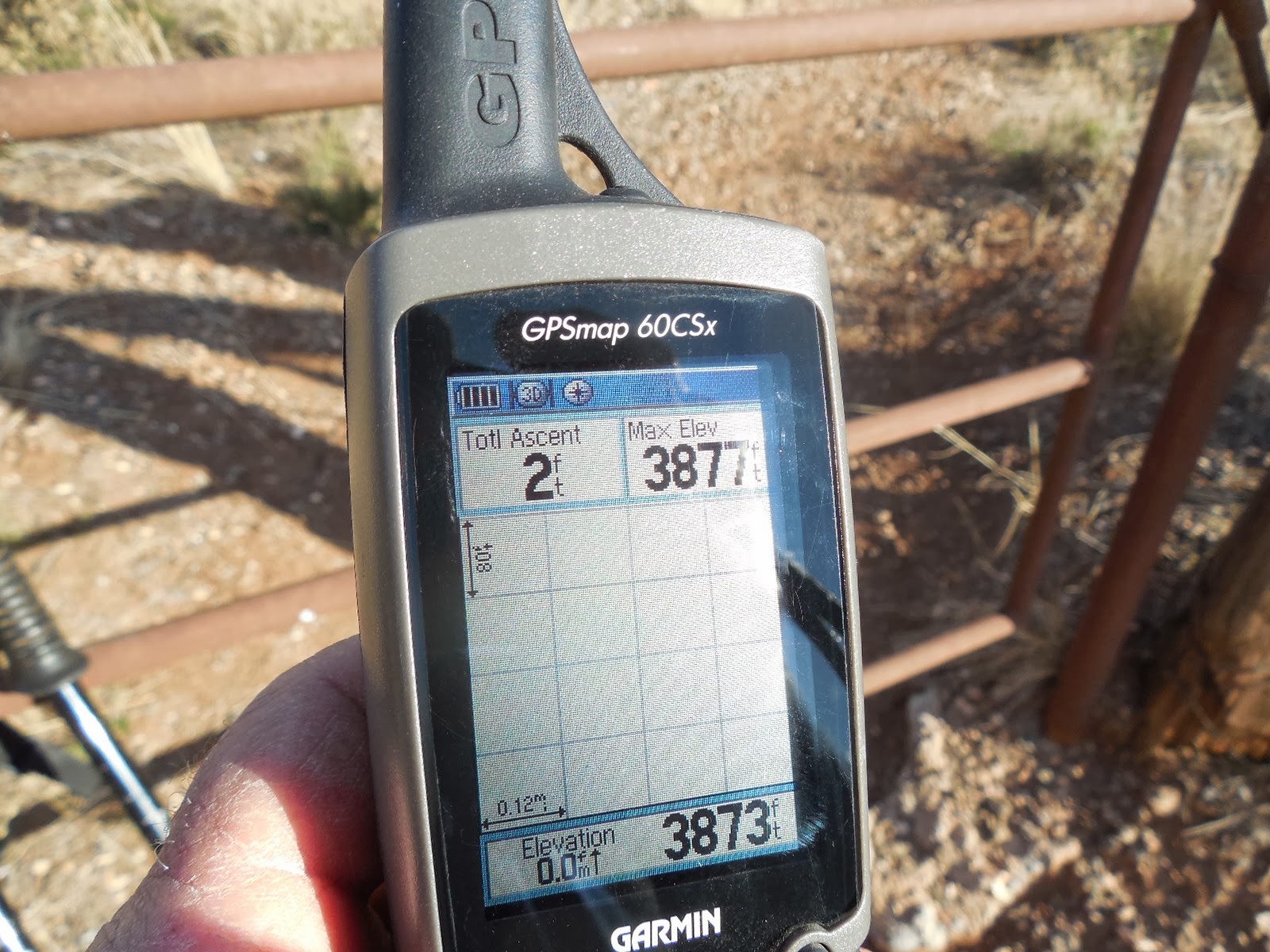 Despite what was written far below, we are still considering the Grand Canyon Back Pack Trip (GCBPT).  In the fourth sentence we said, "our body simply might no longer be sufficient."  Well, the key word there is "might" and there's really only one way to find out if might is right...or not.

The past few days we have been putting progressively more pressure on our knee.  It's clear not that it was a sprain, possibly a medium baddie sprain, but definitely not a tear or a rupture of a ligament or tendon.  Sprains heal.  Rips and tears don't.  With each extra bit of pressure we've put on the knee it has responded well.  Yes, we can feel the knee but the pain has morphed into an ache and the ache is getting progressively better.  Whereas we once had NO strength whatsoever in the knee, we can now push off that knee and know it will not buckle.  That's a good thing. Would you agree?

So, we recently decided we better attempt to get our Back Pack Act Together. (B-Pact).  Since it's been so many long years ago when we last back packed, there's been a steep re-learning curve associated with the B-Pact effort.  However, we are making progress.

Today was an Omen Kinda Day (OKD).  We drove off to go bowling at the Cliff Castle Casino and there were no lanes open and a long waiting list.  So we said, "That's an Omen" and went home and began to work on our B-Pact.  Anyway, we made danged good progress.

After a few hours, we loaded up about a 30 pound pack and took it for a spin on the flat road in front of the house.  It felt good.  So we then took it to the small nearby 100-foot-tall hill and took it up and down twice and it felt good.  I don't know the actual length of that little trail but I do now it's a 100-foot gain.  Our first trip up took 4 minutes and our second trip up took 5 minutes.  Total time for both laps (up and back) was 20 minutes.  At the end of the second lap, we definitely knew the knee was there but it wasn't painful and it wasn't throbbing and the "ache level" was OK.

Next, we went home and began researching various B-Pact gear we might need for this trip.  Right now we are deciding whether to buy a rodent proof food bag.  It appears the best such bag is made in Flagstaff.  Such bags are pricey but necessary in Rodent World.  Grand Canyon Rodents & Ravens are famous and legendary for their prowess, determination and sharp teeth and bills.  They never give up and they never give in.  If you are going to go into their turf, you need to be prepared for pay the price.

This is out first of many updates on the possible GCBPT.  The jury is still out but we have given the jury instructions to render a verdict no later than Valentines Day--the 35th Anniversary of my Arrival in The Great State of Arizona.
------------------end of update------------

Can we still backpack?  We are beginning to doubt it.  Our Spirit is certainly willing and our desire is "all in."  However our body simply might no longer be sufficient.

As you know, we actually took backpacking off this year's Bucket List. However, it came back on the Bucket list because Dear Friend Wayne Ranney got a February 28th permit to hike into a little-visited area of The Grand Canyon.

Just before Wayne went on his latest 30,000 mile jet trips across four Continents, we injured our left knee.  How so?  Well, remember this mantra, "Pivot, Don't Twist."  We were carrying a very heavy 12 volt deep cycle RV battery and we twisted when we should have pivoted.  We immediately felt something akin to a snap or a pop in the left knee and it hurt like the dickens.

For the past several weeks, we have been fervently praying that it was a sprain and not a blow out of one of the ligaments or tendons.  For weeks, we had basically no strength whatsoever in the knee and couldn't even push ourself up off the ground using the left leg.

The knee has gradually come back around but we're still not real sure about it.  Just before we popped the left knee, we were experimenting with two of the external frame backpacks we own.  We loaded heavy weights into the packs and walked around on the flat surface surrounding our home.

What we found was that our left leg went to sleep almost immediately.  "Almost immediately" is about 15 minutes.  Back in May 2006, we herniated our L5 disk in our lower back (once again by twisting when we should have been pivoting.)  Ever since then our left leg loves to go to sleep when we are day hiking.  We often have to stop and let it wake up.  And that's without carrying any weight.

When we carried the heavy backpack for short periods recently, we noticed the same thing happening again.

So there's three strikes--the knee, the leg and the shoulder/arm complex.  We went out today to begin working back into hill climbing once again.  There's a nice little 100-foot-tall hill nearby and we did two laps on the hill with no weight today.  Sure enough, a mere two laps put the left leg to sleep and put some soreness back in the knee.

We've been talking with numerous people about whether we should attempt carrying weight into and out of the Grand Canyon on the Hermit Trail.  The consensus is negative.  One person raised the possibility that we could cause further injuries that could really be problematic.  Another person raised the issue that if something happened to us, we'd be a real burden for our fellow hiker(s).

Based on the recurrent nature of our biomechanical issues, we have some very serious concerns about the wisdom of doing this late February hike.  If you happen to read this, we'd really appreciate your comments to this blog post.

Thanks for reading!  jp
Posted by John Parsons at 5:12 PM

John: I sincerely think you should go visit a doctor to get a diagnosis or better understanding of what is going on with your body. There are a couple of options to consider as well: chiropracty can work wonders but it isn't going to be a couple of visits--more like several a week for up to a few weeks. You probably need some physicall therapy lined out that you can do to strengthen ligaments and tendons and also to "open" up some of those interstitial spaces that cause you to go numb. An additional option is to find out if there are any good acupuncturists in Sedona. And lastly, it may well be worth, after a visit to a good doctor, likely and orthopedist, to consider if surgery is warranted or if you can rehab simply with PT. My own brother who turned 70 this past week is going to get both of his knees redone because he has a lot of pain all the time, and he wants to be able to continue to play tennis and go skiing. I, myself am exploring what to do about my chronic arthritis in my C3 C4 and C5 vertebrae in my neck--the result of 5 decades of high impact sports activities and twisting my neck rolling a kayak. At the very least look into these things as there may be some effective solutions that really improve your quality of life. At this point in time I do agree you are wise not to go on the hike with Wayne, but if you take care of the health issue you'll be ready for the next time he gets a permit on relatively short notice. Good luck.