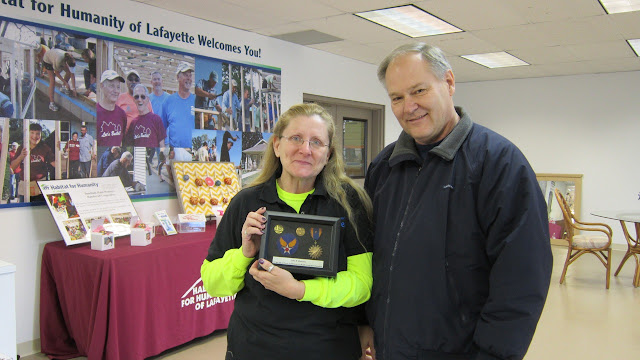 First, some background: Last year, Lynn created memorials to his Dad and Family by organizing and showcasing their Military Medals in shadow boxes. As we worked together attempting to deal with the chaos and clutter of my Mom's house, Lynn talked often about his care for displaying those medals correctly.  Lynn really went the extra mile to make sure he had every medal and really put together some knockout shadow boxes.  As a result of Lynn's genuine concern for making those presentations, we gave our Japanese battle flag to him during a special moment beside the Wea Creek.

He presented the medals to Ginny this week at the Habitat for Humanity ReStore where Ginny is Manager.  Ginny loved my Dad very much.  In fact, I learned from her that Dad was her most trusted confidant and was like a second Father to her.  I gave Ginny many of our mutual Grand Dad's stuff for which she was very happy and thankful.  However, until Lynn offered to give the medals to Ginny, I hadn't realized I forgot to give anything of Dad's to her.  Leave it to Angel Lynn!  THANK YOU, Angel Lynn!  BLESS YOU, Angel Ginny!


If the video won't load, here is the link: http://youtu.be/SXytyA-Rfqc


Below are a whole lot of photos with captions. 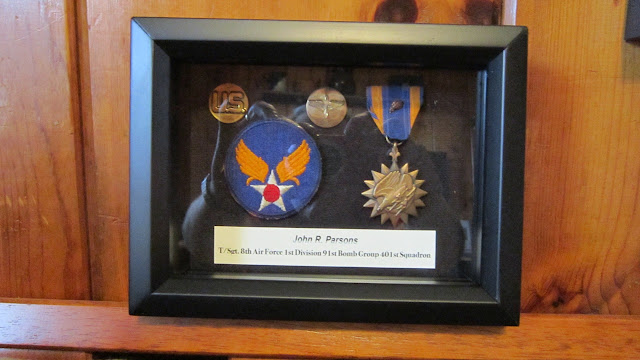 Here's a close up of the shadow box Angel Lynn made to give to Ginny. 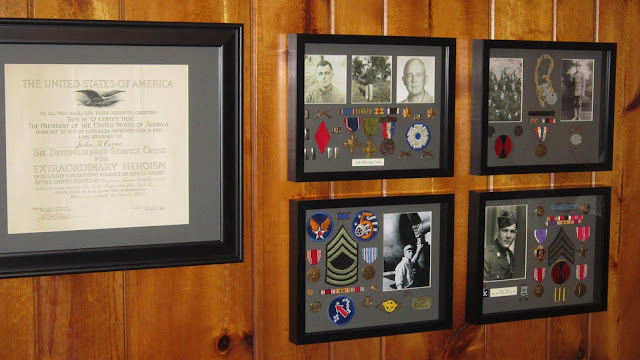 Here are Lynn's four medal presentations he did for his Family members. 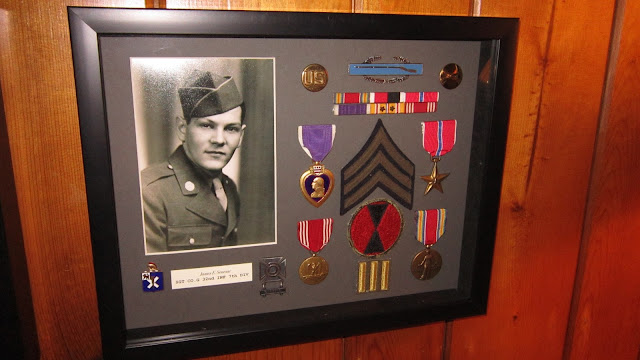 This is a close up of Lynn's Dad's medals.  Note how Lynn and his Dad look so much alike. 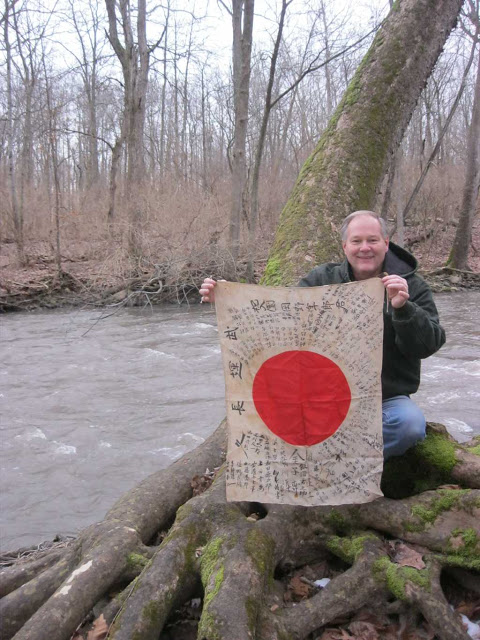 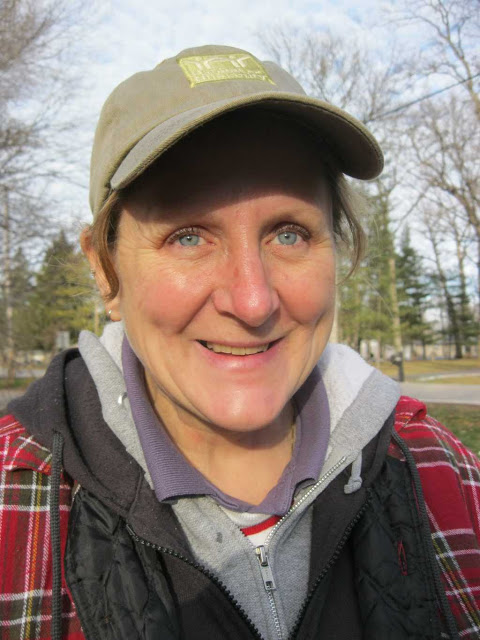 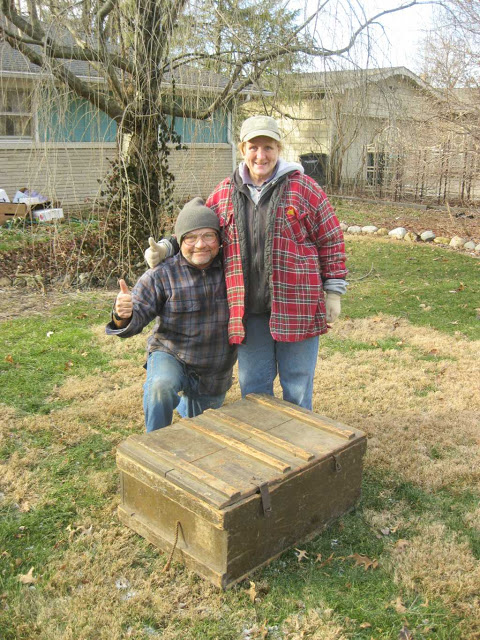 Angel Ginny the day we found our Grand Dad's truck from his
days as a cavalry soldier during the Pancho Villa Campaign. 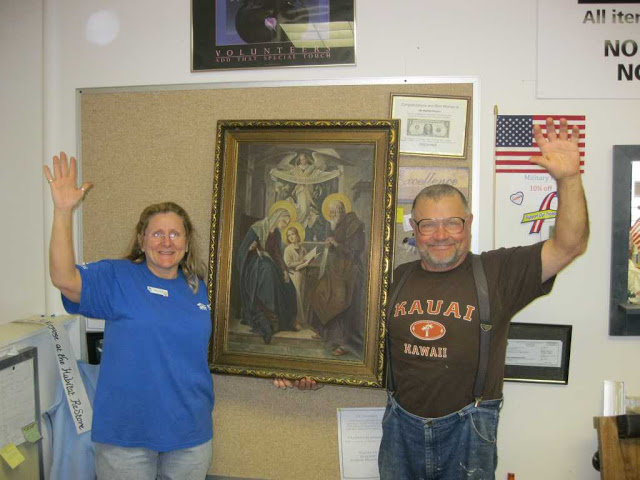 Angel Ginny the day we gave her our most cherished piece of art work from our childhood days.

Here's a couple of links to blog posts from January 2012:

http://www.livesimplecaremuch.com/2012/01/new-habitat-for-holy-family.html
Posted by John Parsons at 8:29 AM