We're not sure the Mexican Language has a term for people like us but we think it would be "Wimpolas."  A singular wimp would be a "wimpola" and plural wimps would be "wimpolas."  If you know the Spanish language, you know how to accent those two new words.

Here is how I would try to describe their phonetic pronunciation:  "weem-POLE-ah" and "weem-pole-AHS."  That's kind of approximate, of course, but it's a pretty good start and, if you are having as much FUN on a Friday night we are are, perhaps you can experiment with a whole new set of ways to say both of those words.  When you live in Rimrock, you can have a whole lot of fun with a mere two words.

Well, I digressed.  That's what happens now and then here in Rimrock.  I started out trying to tell you we were "wimpolas."  Why are we Wimpolas?  Well, here's how it happened.  It was a pretty cold day, as far as days go here in Rimrock.  The wind blew and the temperature dropped.  As the sun set on the western Verde Rim, we sat around in our warm cozy little straw bale house and said to each other, "Oh, we won't build a camp fire tonight, it's too cold."

Of course, by local standards, it WAS cold, maybe 40 degrees around about sunset.  Meanwhile, we had been communicating with folks we know in Idaho Falls, Idaho.  Well, if it was 40 degrees there, they would have a spontaneous city celebration.  Forty is like tropical and they won't see 40 until maybe April, if they are lucky.  We had this one plaintive email saying tomorrow's HIGH in Idaho Falls would be 7 degrees.

Then, we looked at the NWS current conditions in Idaho Falls and realized it was 10 degrees with the wind gusting to 25 mph.  You know what that does to wind chill, people?  Well, maybe you don't want to know.

Anyway, that's when I told Susun, "We are WIMPS if we can't go out and build a Friday Nite Camp Fire tonight. Do you want to be a wimpola or what?"

So, this January 11th camp fire is in honor of our Dear Friends in Idaho.  We wish them warmth and happiness and much Joy.  We ain't wimpolas no more.

Many Warm Cheers to ALL!  John & Susun 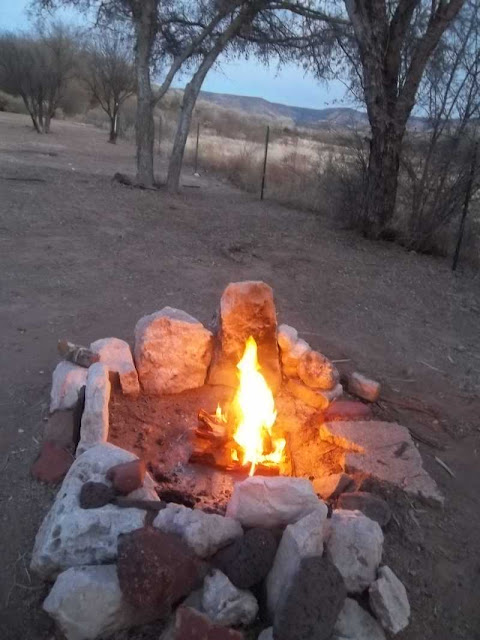 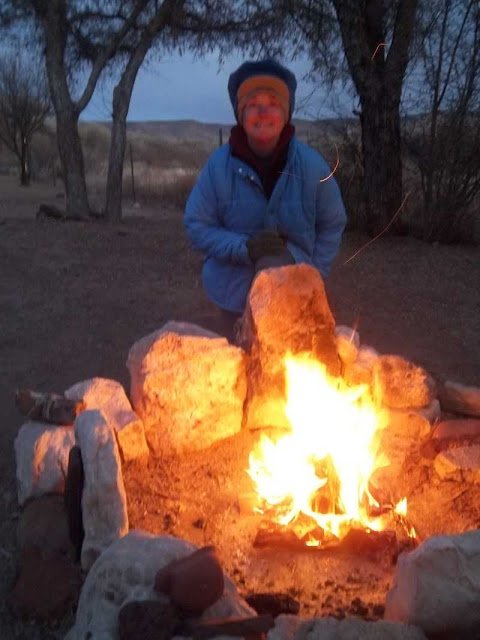