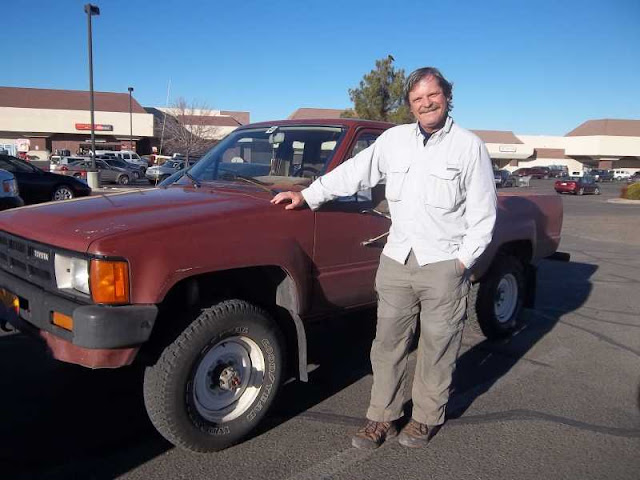 Here we have above a class "Man & His Truck" photo.  DF & LBR Wayne Ranney has had this classic old Toyota since the late Quaternary, when early trucks first emerged from smokey Neanderthal caves.  This trusty truck sat for years collecting pine needles in Flagstaff until it was unearthed to be pressed into service last spring after Wayne's modern Suburu blew a head gasket.

Even though Wayne's truck predates the internet and smartphones, he managed to coax it off The Mogollon Rim into our domain here in The Verde Valley in search of history--specifically, an esoteric portion of the legendary General Crook Trail.  Wayne and we have shared a mutual bucket list item to hike this esoteric section of the Crook Trail for over thirty years.  It seems rather strange that neither of us found our way onto this trail for the past three plus decades but it is true.

The Crook Trail was built in the late 1860's to connect Prescott's Fort Whipple with the famous Fort Apache via Fort Verde along The Mighty Mogollon.  One of the most "iffy" portions of the trail traversed the chock-a-block Copper Canyon as the military's way in and out of The Verde Valley.  Today's I-17 uses the same canyon to carry millions across the face of North Central Arizona.  General Crook used the trail that bears his name as a key piece in the complex equation of subjugating thousands of Native Americans who owned Arizona before the real estate developers came along.

Susie's Shuttle Service dropped Wayne and me off at the top of Copper Canyon where big truck drivers take a deep breath before plunging down the scary steep hill into The Verde Valley beyond.  Wayne and we bushwhacked, tramped, traversed and rambled for over four hours Friday while we pondered and puzzled our way along this fascinating portion of the Crook Trail.  It was a fine first hike with which to begin the New Year 2013.  THANKS, WAYNE! 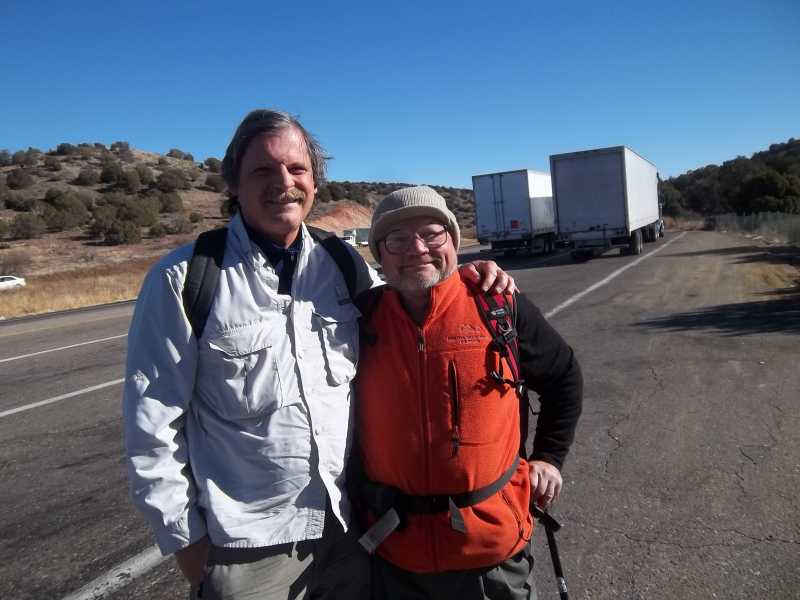 Nah, these two characters aren't hitch hikers, they are just off on a typical "All In A Day's Karma" jaunt. 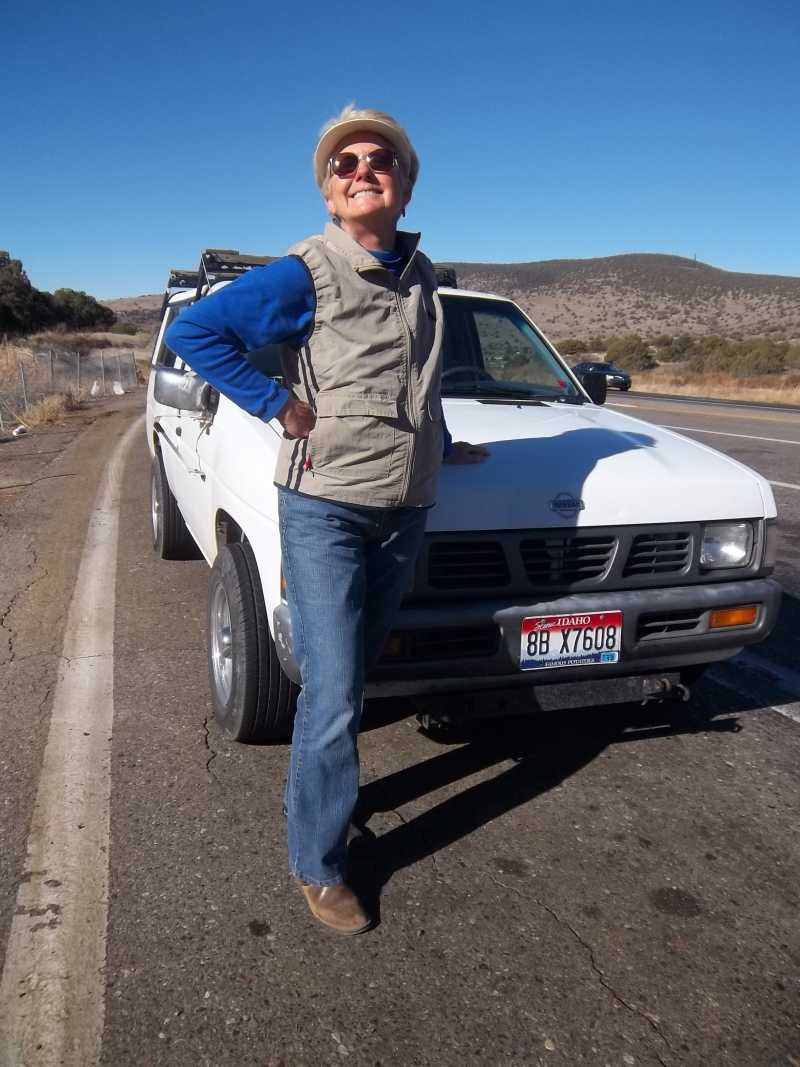 Susie's Shuttle Service is famous far and wide, no doubt about it!  THANK YOU, SUSUN! 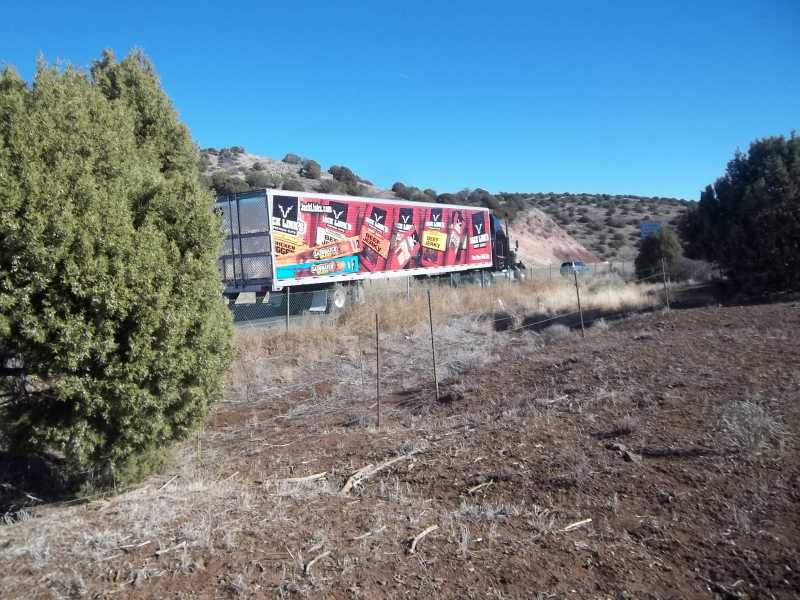 How apt that a Bubba Boy jerky truck would eddy out as we began out hike. 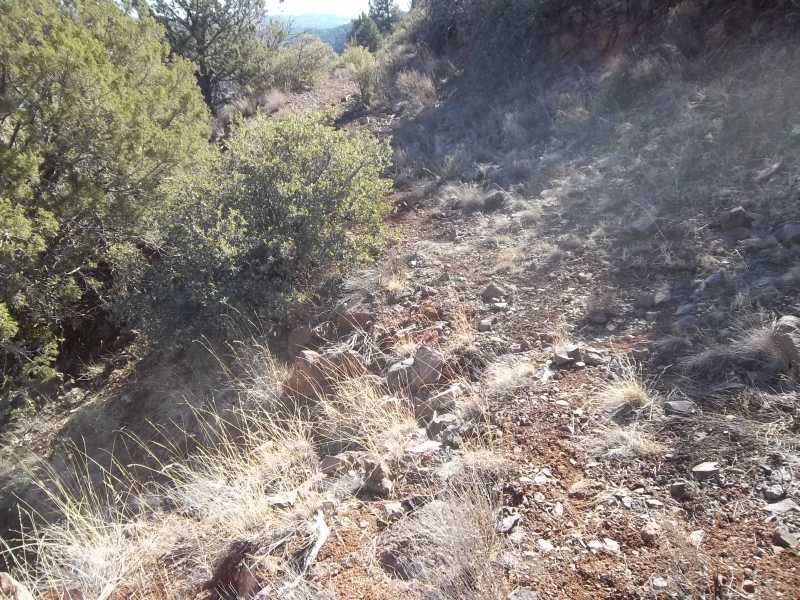 This is what the remnants of the upper Copper Canyon Crook Trail look like.  Faint. Such a classic juxtaposition of the Old and New. 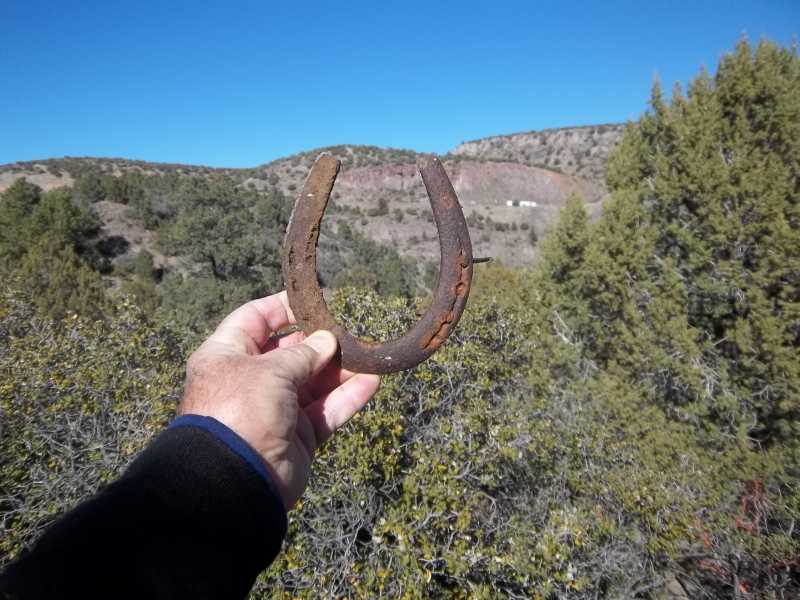 The only aertifact we discovered was this horseshoe. Naturally, we left it where we found it. 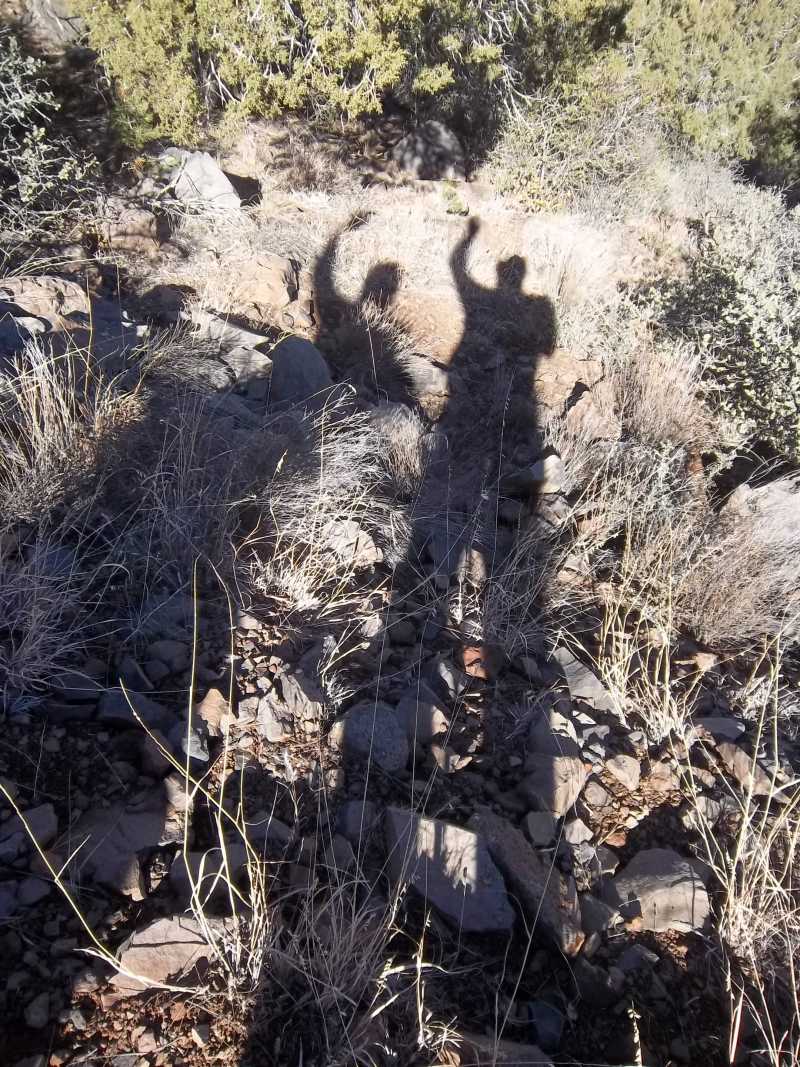 What a fun four hour walkabout, Wayne!  THANK YOU! 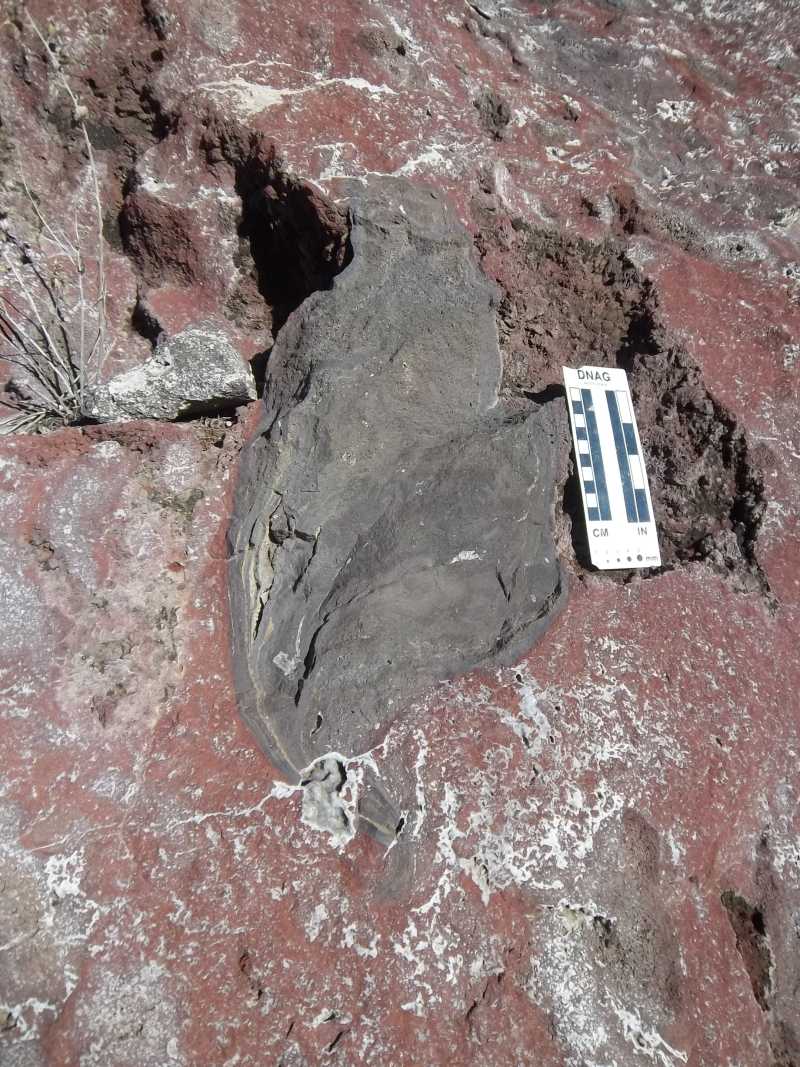 Naturally Wayne's effusive Inner Geologist pointed out all sorts of interesting stuff.
This is a "bomb" that was buried in the ash and goo on the shoulders of a volcanic vent.
The scale shown was Wayne's first gift to us way back in 1980! 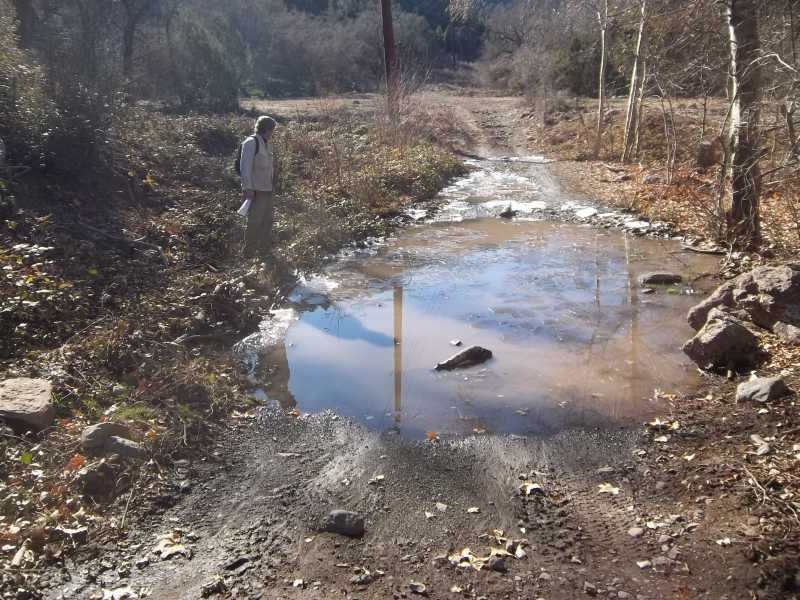 There's a pretty good size spring up in the head of Copper Canyon.  Once the old trail reached the canyon floor, it becomes a rather heavily used Forest Road that only roughly follows the historic route. 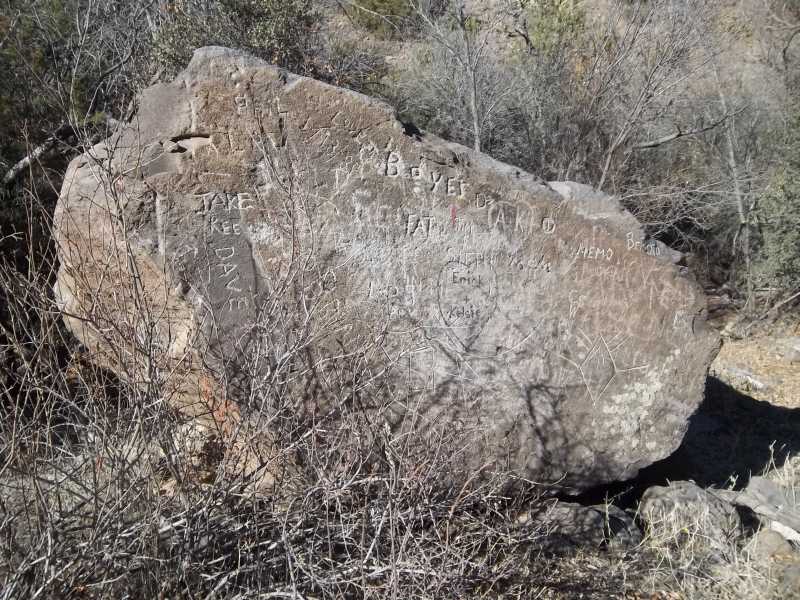 These aren't ancient petroglyphs--they are the crude scrawl of Bubba Boyz exclaiming their country love or just making their mark. 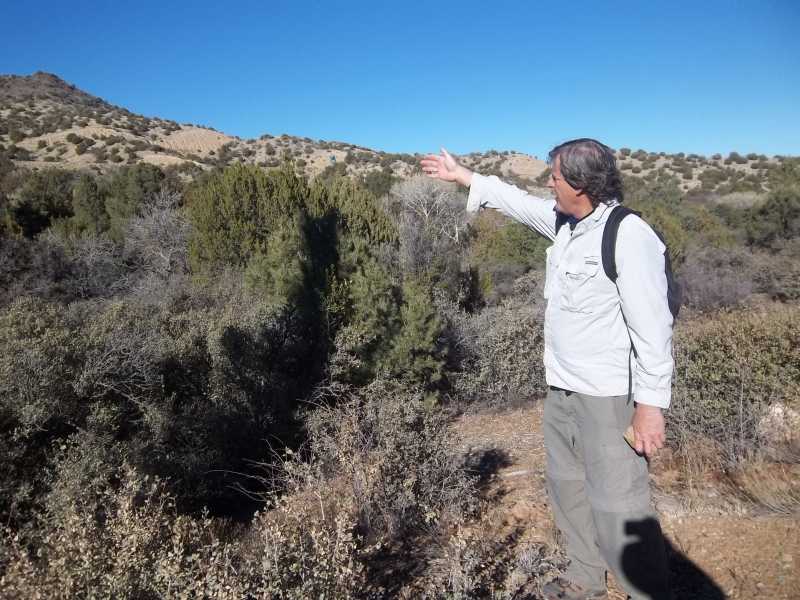 Anytime you travel with Wayne, you must be prepared for spontaneous outbursts of outstanding geology.  Here Wayne bursts into "rock talk" to point out the The Verde Fault Line, much the same way Mary Poppins would burst into song in "The Sound of Music."  Thanks, Wayne, you sure make great geology music!