A flood of fond memories washes ashore today on 12th Street.  Forty years ago today was one of the major milestone days of my life.  We started a honest-to-gosh, genuine newspaper from scratch that day.  Almost a year later on July 18, 1973, we had run our 113-year-old competitor "The Zionsville Times" out of business. Those were heady days. It could have easily been a "rags-to-riches" script right out of a Horatio Alger pulp novel.  Looking back from our safe perch 40 years later, there's no way we should or could have succeeded.  But we did.  I will never forget the feelings of that day from a past life long ago.  What a day!

Somehow during the daily maelstrom of dealing with Mom's chaotic estate, I managed to save and send the bound volume of "Zionsville Main Street" for months of existence fro 8/8/72 until the end of 1973.  Frankly, I'd forgotten that I sent it out.  I arose about 5 am this morning and began rummaging through the scant few effects that I mailed out here back in January.  Much to my merry surprise, there lay the bound volume, safely packed in its very own box.  Oh, the flashbacks snapped, crackled and popped as I trolled through those pages in the pre-dawn of a day 40 years later. What a long and winding road it has been since then.

Here are a lot of captioned photos I took this morning as the bound volume lay on our kitchen table. As always, you can click on any of them to see a larger (more readable) version.  Many Cheers!  jp 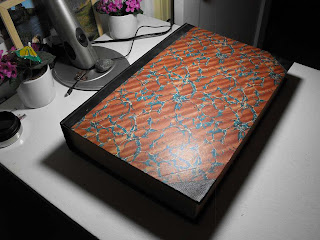 It was such a delightful surprise to find this weighty bound volume.  It's 3 inches thick. 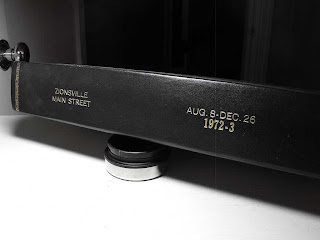 Such a plain title, such a life-changing 17 months.  Ah, the stories this volume could tell. 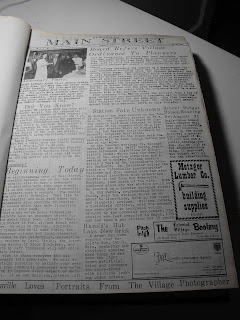 Note the ad banner across the bottom of the front page.  Back then ads on the front page were considered pagan and blasphemous to the true Spirit of Journalistic Integrity.  We were too young to know better. 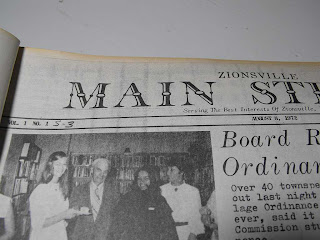 Volume 1, No. 1 --an exercise in both audacity and extreme optimism 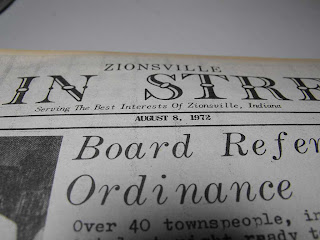 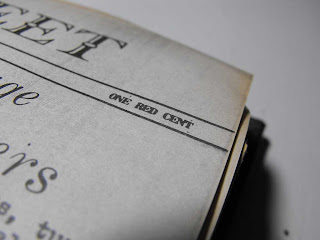 I've thought about that day eachAugust 8th ever since.  The 40th is Super Special.  I never been able to look at a penny without remembering the "one red cent" cost of our newspaper. 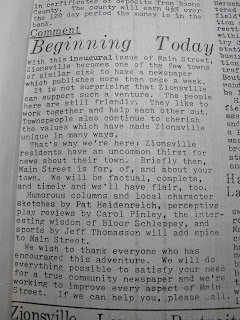 Here's what we had to say about our new venture that day. My fuzzy memory thought we used an IBM Selectric typewriter with proportional letters.  Not.  We began using the proportional lettering a week after the first issue appeared.  The first one was done with a simple, ordinary typewriter.  I can't remember if we were using press-on letters for for the ads. 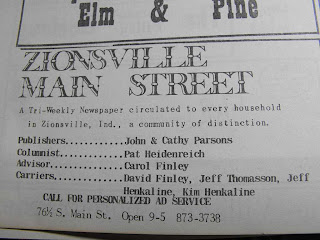 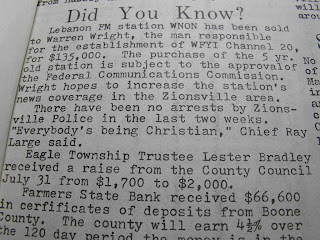 I love the "Everybody's being Christian" quote in this mini-compendium. 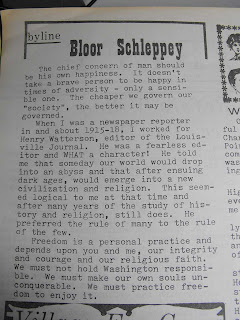 Bloor Schleppey was a genuine fossil even then.  I think he was born in the 1880's.  Having a genuine Old School Journalist on board for the first issue was a real psychological boost. 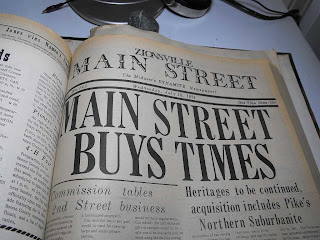 Ah, Sweet Success!  We went on to be wildly successful in this business--far too successful for our own good.  But that's another story altogether.  Much turbulence and turnover followed my divorce and departure from Zionsville.  Their newspaper is now "The Zionsville Times Sentinel."
Posted by John Parsons at 7:09 AM

And I always thought that August 8 was just my sisters birthday!

Congratulations John! Your blog is a perfect follow-up to the Zionsville Main Street and the tradition lives on.

You rock and we love you.