What's that saying, "Girls just wanna have fun?"  Well, Susun and Lin are off to the Grand Tetons for a fun Sunday Drive & Hike.  We gave them both a quick refresher in the use of bear spray and that really had some fun after the lesson was over.

Lin passed through briefly Wednesday.  She and her son left Cottonwood, Arizona, at 4 pm Tuesday in two vehicles and made it to Idaho Falls 16 hours later!  They drove non-stop through the night.  After a breakfast and a short nap, they took off for Bozeman, arriving there barely 24 hours after leaving Cottonwood!  Lin was helping her son get situated in graduate school there.

Lin headed back from Bozeman Saturday and arrived here about 6 pm.  We had a fun evening in the courtyard.  She's not sure if she's staying another full day tomorrow or taking off the heat of Arizona.  Goatherder said is was 114 in Cornville yesterday and 112 each of the two previous days.  Folks, that's HOT!  Anyway, we're lobbying Lin to stay a little longer.  We shall see.  Many Cheers, jp 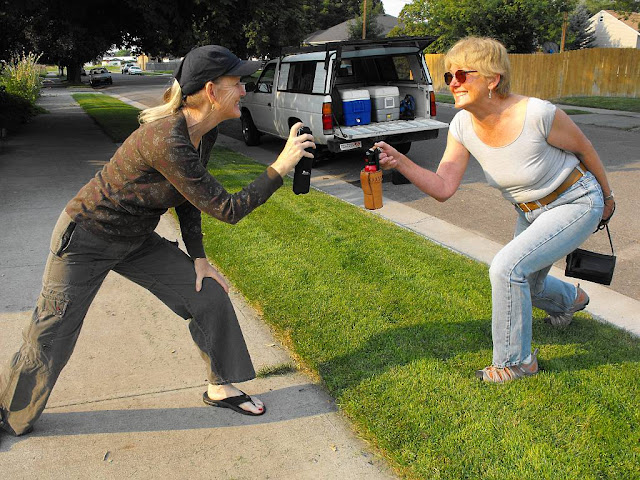 Here they are at Phelps Lake yesterday in the Laurance S. Rockefeller Preserve. 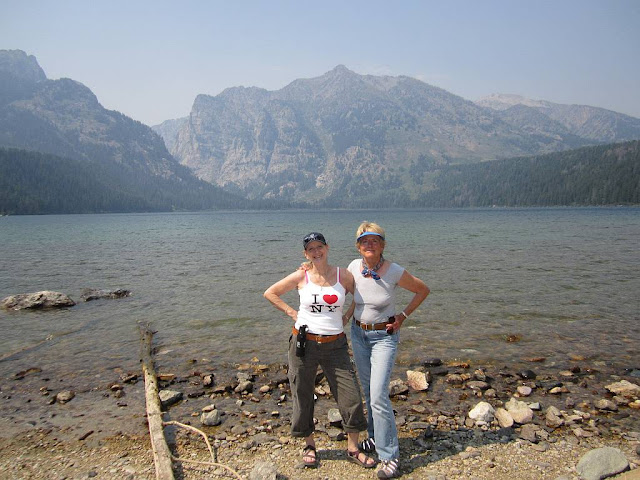