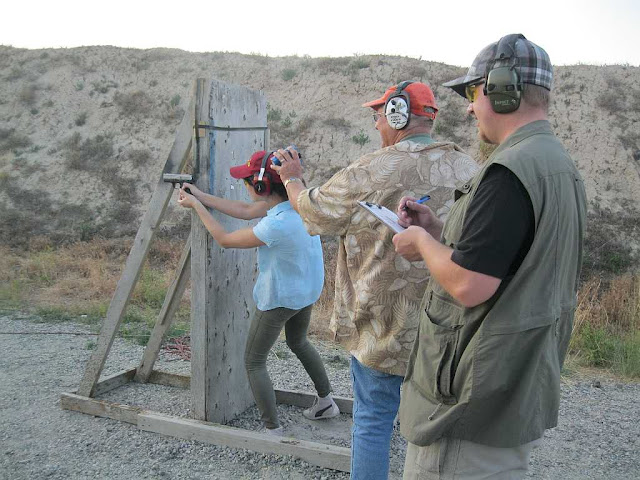 Denise S. is finishing off Stage 5 of the weekly IDPA Match tonight at the SEIPS Range.  George H. runs the shot timer and Tyler C. stands by with the scoresheet.  Denise and her Dad, Dave, are stalwarts at the weekly summer matches.  Denise is very accurate and fast.  Tyler is one of the fastest and most accurate in Eastern Idaho.  Watching him is like watching an Olympic athlete run the 100 meter dash in under 10 seconds.  Amazing speed.  There were about 40 people who attended tonight, maybe more.  We had four squads and the match lasted 2.5 hours.  The sunset over the range was pretty close to what we love to call an "Arizona Flag Sunset."  Unfortunately, this digital doesn't do long shots well but at least you get the general idea of the sunset.
As for Little Yonni, he did OK.  He's thinking he finished in the middle of the pack, plus or minus.  Next week, the workouts are canceled on Wednesday.  We were worn out even before the match began.  Oh, well, it was stiill a lot of fun to be back in the lineup again.  Stepping up to that firing line in front of a bunch of your peer shooters is a real adrenalin rush.  As they say when the shot timer buzzer goes off, your brain goes blank.  It's difficult to even remember a faint glimpse of how you shot.  It's all just a blur with a lot of noise, gunsmoke and gritty range dust thrown in for good measure, of course.  Denise's Dad Dave said last year, "These matches sure make Wednesday night fun!"  Boy, he got that right!  Many Cheers, jp 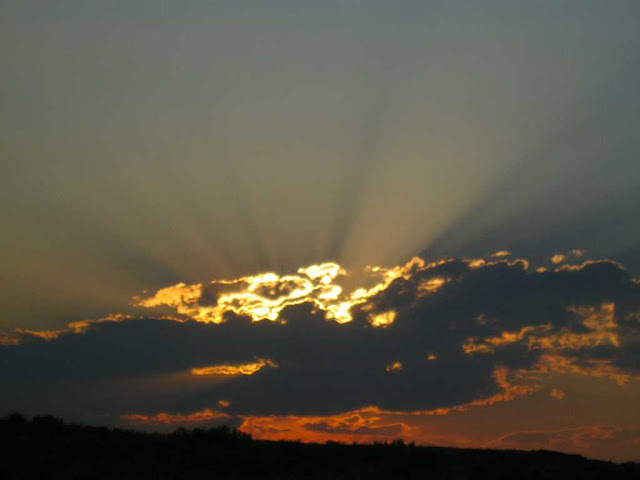 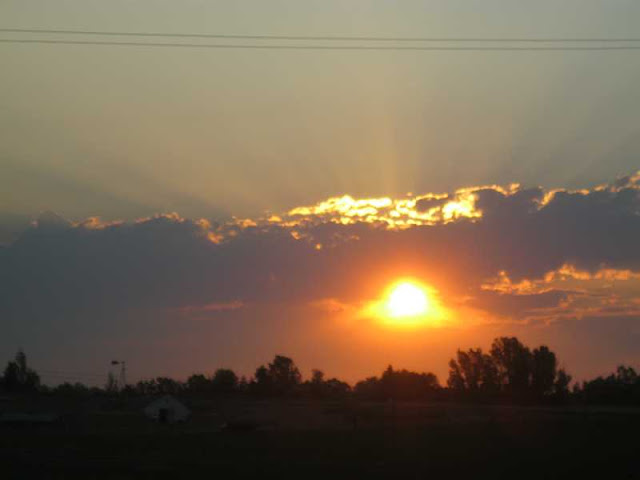