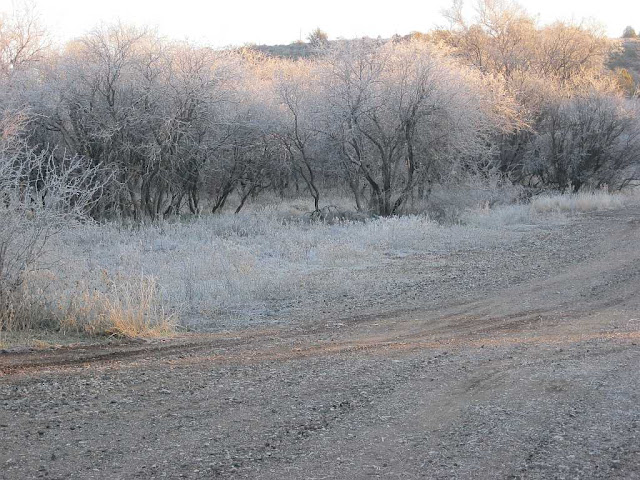 Second Chance Ranch is a fairyland of hoar frost this morning.  There's no way a camera can capture the beauty which surround us today.  We can take it all in with a sweep of our admiring eyes.  The camera only records a tiny slice of the frosty splendor here.  Hoar frost is rare at this locality.  It happens perhaps only once or twice each winter.  There's no way we can predict when it will appear and we still don't fully understand why it shows on one day and not another day when both days seems to be the same.  Maybe hoar frost is water's way of having fun on a chilly morning.  You can click here to read the Wiki on frost.  The article includes a little discussion of hoar frost.

We were visited by all sorts of creatures during the recent storm including: several deer, racoons, a coyote, a bobcat and....drum rolls, please...a Mountain Lion!  Yep, their tracks are unmistakable.  The lion came to within about 50 feet of the house before veering off.  The bobcat was a little more curious and came up to within 10 feet of the house.  We think there are some fox tracks out there, too but their feet are so dainty and their track is much harder to read in the frozen mud.

Back in the 1980's when I lived in Flagstaff, I signed on to become a substitute teacher.  That's back when I could actually hear good enough to understand what the school kids said to me.  One day I had to sub out at the Leupp School which is on The Navajo Nation (AKA: The Rez.)  All the Navajo kids in that 5th grade class were a bit put off by this bearded guy.  The teacher hadn't left any lesson plan for the sub so I was having to wing it.  No matter what I seemed to do, it just didn't connect with those kids.  That's when the lightbulb went off and I made the day's lesson all about animal tracks--most especially mountain lions versus coyotes.  Oh, boy, that class came alive and everyone was fully engaged.  They each were eager to go to the chalk board and carefully draw the tracks and then discuss both the major and the subtle differences between the tracks.  The kids were really keen observers of tracks and soon the day turned into a lively discussion of not only animal tracks but the behavior of animals and when they were seen by the kids and what their elders had told them about both the animals and the spirits of those animals.  The day ended all too quickly and I sensed that even some of teh Navajo children didn't want it to end.  If was easily the most thoroughly enjoyable experience I ever had substitute teaching.  Also, spending most of a day discussion the fundamental differences between a canine track and a feline track riveted those lessons in my synapses.  So, when we went out and saw the lion tracks yesterday, those memories of that day at Leupp School came roaring back once again.  Yep, no doubt about it--there was a lion roaming 'round in the rain here.

Well, ya'll have a great mid-December day with the usual Many Cheers, jp 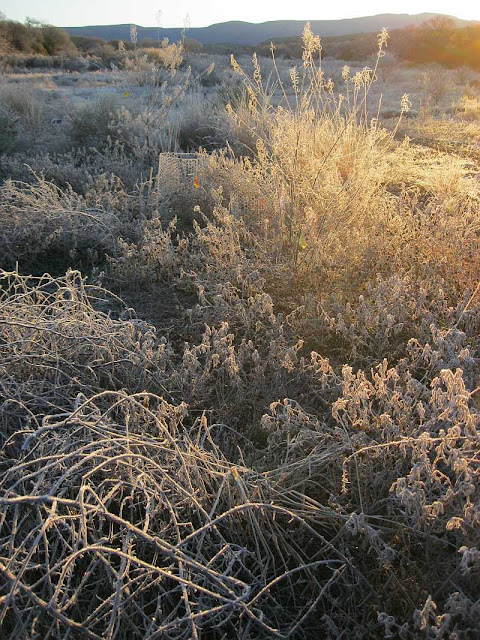 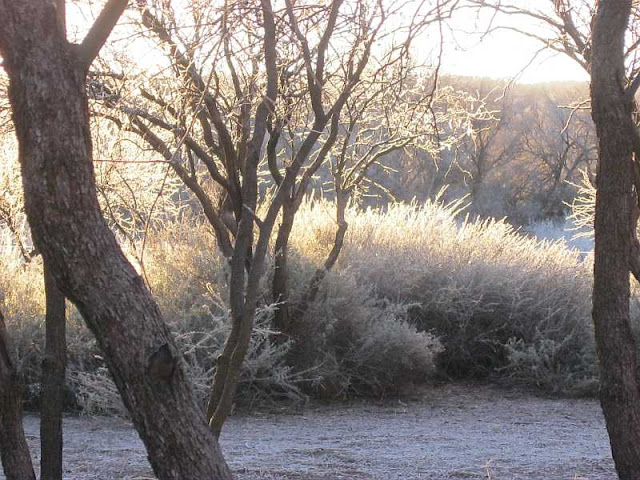