'Tis true!  One of the fun things about turning 64 is that we get to enjoy the Beatles tune.  (Lyrics below.)  Susun turned 64 back on Ground Hog Day.  Now we both get to be 64 until she joins the Medicare Generation next February.

Nothing special is planned for today.  We had a lot of outside plans but it's drizzling outside so the outdoor stuff might not work.  It's probably going to be an inside day.

We moved pretty slowly yesterday after the high speed whirlwind Valley Visit.  We did manage to get a little work area set up in our well house.  Now we've organized all our spent cartridge casings and are all set up to tumble and polish them to a bright and shiny luster. That took most of the day.

Afterward, we then went over to Cottonwood to buy 16 of the 8x8x16 concrete blocks to make the base for the earth oven project.  The little Nissan couldn't possibly carry all 40 blocks needed for the job.  We originally thought we were going to build the base out of 32 blocks but now we realize we need 40.

We arrived back at 2CR just in the nick of time to get a fire up and running before the sun hit the horizon.  Then we carried over our Patio Caddie grill and began the process to determine the orientation of the oven.  What's an oven orientation?  Well, the earth oven will have an opening into which you place wood for a fire and then food to cook.  Who ever is operating the oven will spend a pretty fair amount of time standing around the this opening.  So, we might as well "orient" the position of the oven to maximize the view.  You'd think this would be an easy process but, hey, it takes time, thought, and mucho vino to get the correct view going!  I mean we take this oven orientation stuff seriously, ya know?

While in Cottonwood, we bought ourselves a decadent birthday present.  A cheap-o rice cooker.  You've seen this little buggers--they are typically found in dorm rooms and cheap-o apartments where starving students live.  We can't eat much rice because the carbohydrate content is off the charts.  Bet you didn't know that rice is so full of carbs it's ridiculous.  Whatever.  Anyway, I love the most worthless kind of rice--plain long grain white rice--the stuff that's been stripped of all known nutrients except for boatloads of carbs.  I love a steaming bowl of really hot white rice all covered with butter and salt and pepper.  To me that's real decadent--a forbidden food, so to speak.  Anyway, so what's Little Yonni buy for his birthday?  A cheap-o $13 rice cooker.  Cheap thrills, huh? Then Little Yonni comes in from the campfire and cooks up a pot of sinful white rice and purrs like a kitten while slurping it down with fresh roasted green chiles and cheese on the side.  YUM-O-YUM!  Better than Thanksgiving dinner.  Heck, I shoulda bought a can of Spam to really make the meal complete.

Today, we're prolly gonna go back to Cottonwood to buy the rest of the blocks.  It had been our goal to build the base today--there's something vaguely poetic about building an earth oven base on the day we turn 64.  Who knows? Maybe the weather will clear up and we can "git 'er dun." 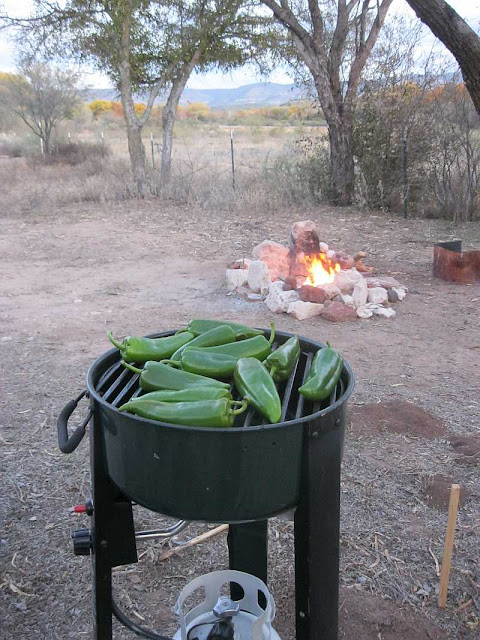 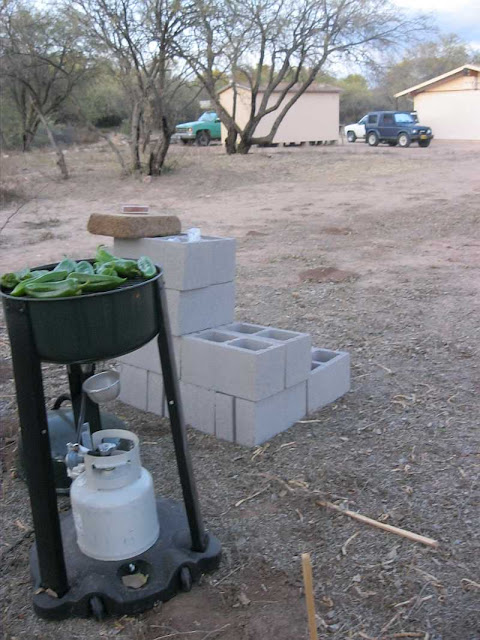 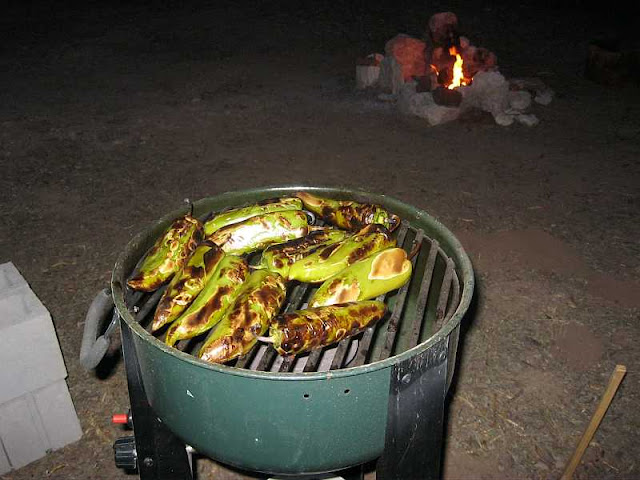 And without further ado, may we present one of The Beatles' finest tunes:

When I get older losing my hair,
Many years from now.
Will you still be sending me a valentine
Birthday greetings bottle of wine.

If I'd been out till quarter to three
Would you lock the door,
Will you still need me, will you still feed me,
When I'm sixty-four.

You'll be older too,
And if you say the word,
I could stay with you.

I could be handy, mending a fuse
When your lights have gone.
You can knit a sweater by the fireside
Sunday mornings go for a ride.

Doing the garden, digging the weeds,
Who could ask for more.
Will you still need me, will you still feed me,
When I'm sixty-four.

Every summer we can rent a cottage,
In the Isle of Wight, if it's not too dear
We shall scrimp and save
Grandchildren on your knee
Vera, Chuck & Dave

Send me a postcard, drop me a line,
Stating point of view
Indicate precisely what you mean to say
Yours sincerely, wasting away

Give me your answer, fill in a form
Mine for evermore
Will you still need me, will you still feed me,
When I'm sixty-four.
Posted by John Parsons at 6:29 AM

John: Helen and I send you warm birthday greetings! The Beatles lyrics were perfect and we know your last year before Midicare will be fantastic. Have a great day and do whatever the hell you want.

Love, Two of your great admirers.

Johnny boy, happy birthday and enjoy some fine wine cooler for happy hour whilst waiting for the rice to cook. Perhaps some grilled chicken to go with that rice. Have fun on your special day. Love and hugs, Ms. Spudboater

Happy, happy birthday to my dear Clarence! On my best day at 35, I can only *dream* of being as energetic, full of life, fun, plans, motivation,vivacity, positive energy, creativity, generosity of spirit, joy, vigor, enthusiasm and LOVE as you are at 64! You are a GIFT to the universe and everyone in it. Here's to at least 64 more :) With much love and admiration from all of the Sayers in Ohio.