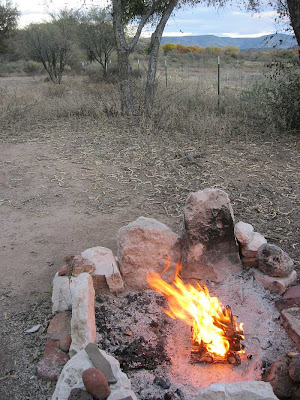 Well, we came up with a novel concept during the middle of the night about 2 AM-ish.  It's called "Rent-A-Present.  Yep, we're taking the rice cooker back to Wally World later today.  It's a really bad influence on our life. It just sits there and taunts me to cook rice.  Even small amounts of white rice aren't good for me but a half pot full?  I mean whadda gonna do but eat it all.  No such thing as moderation when it comes to white rice.  I don't wanted to be tempted to cook one more gain of white rice, at least until my 65th birthday which, thankfully as far as carbohydrate consumption goes, is almost a full year away.  So, the bottom line is I got to enjoy a birthday present and now I get my money back.  How good is that?

We had grand plans to build an edifice yesterday but those plans faded into the morning mist when we realized we would have to go to Cottonwood again.  Cottonwood is filled with really Old People.  I mean we're talking OLD-OLD.  They make people in their mid-70's look like spring chickens.  Sometimes I think the average age of Cottonwood is 93.  Yeah, I know that's not demographically possible but it sure seems that way when the grocery aisles are gridlocked with electric scooters, walkers and cane-swinging geriatrics.  I just didn't want to be reminded of my inevitable fate yesterday so I avoided the highways and byways and stayed safely home all day lone.  Well, actually, I did go out in the desert to shoot my 93-year-old Colt 1917 .45 ACP revolver.  That's a 93-year-old I can really appreciate!

Thanks for all your great birthday wishes and comments here on the blog.  After reading Wayne's comment I decided to chuck my Type A plans and goof off all day. It was a delightful goof off day and went entirely too fast.  How could I spend the whole day here and still have to hustle to get a fire going before sunset?  Maggie called early in the morning and actually SANG "When I'm 64" by the Beatles.  Great voice, Maggie!  Thanks, Spudboater and Kirsty for your really kind comments.

Susun hid two birthday cards here in the house and it was a lot of fun finding them.  Kind of like geo-caching, only different.  One of the cards is real traditional and very sweet.  The other one says "Happy Birthday to the BEST thing that ever happened to me."  When you open the card it says, "...from the best thing that ever happened to YOU!"  Well, she sure got that last part right.  I love You, Sweetie!

We actually DID get a real birthday present of sorts.  We were mentioned in the local newspaper in conjunction with a story they did on Dex. You can click here to read it.  Thanks, Steve, for a great story on Dex.

Isn't that a cute little campfire in the photo above this post.  We had ourselves a mighty fine campfire last night and stayed until the last flame flickered down to glowing embers.  We waxed very philosophical about campfires.  Each of them is so totally different each night--kind of like how no two snowflakes are the same.  The fires are kind of a metaphor for life in ways that would take far too long to explain here and really gunk up this blog post.  Anyway, it was a good fire and we wanted to memorialize it by putting it someplace semi-permanent.

Today's the typical Tuesday Target Shoot.  We all packed and ready to go.  Leaving in about an hour.