Four years ago, we moved into this house on September 21st.  On October 4th that year, we were walloped by a big, wet heavy snow storm.  Thousands of limbs were ripped off trees.  We had our own mini-epic here we will tell later.  Anyway, today is a near repeat of that incident four years ago, almost to the exact day.  It's been snowing like crazy here and the limbs are popping like corn in a movie theater lobby.  We've lost one big one so far (bottom photo) but we've been real lucky compared to a lot of other people.  We will post more later on today.  Much to do at the moment. Be forewarned will probably lose our internet access here very soon as our service provider is the cable company and our signal comes via wires that wind through streets and alleys.    It's only a matter of time before a tree takes down the wire that connects our house to the outside world. 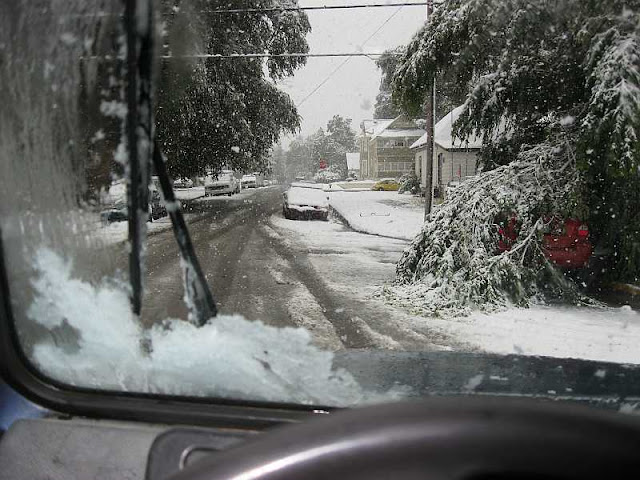 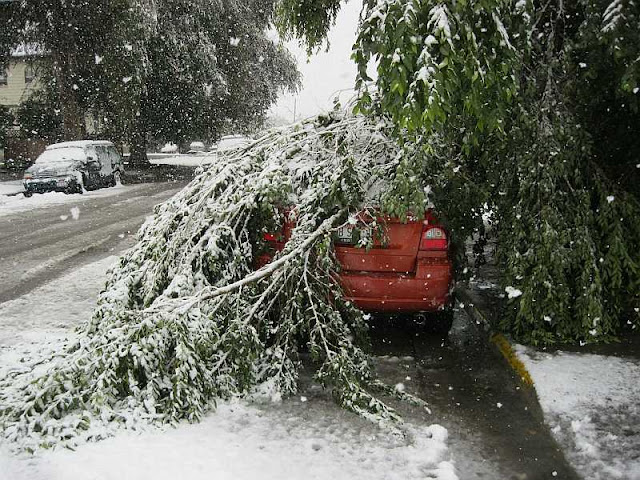 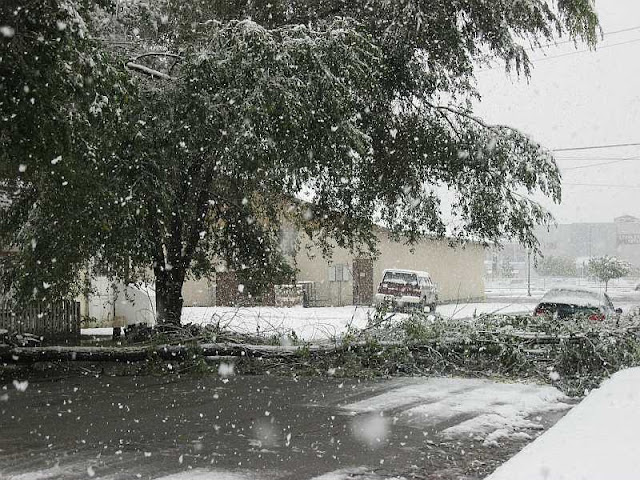 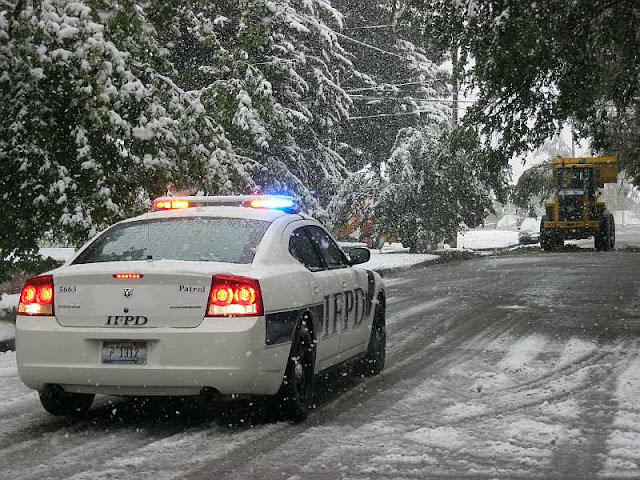 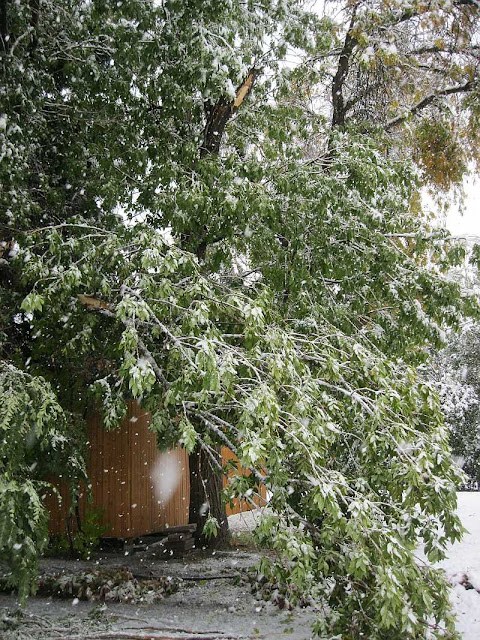 Holy Toledo! Is that a tree over the cook shed? I learned my lesson here last year and got all my trees thinned out on top so they could handle snow load. At least it's not the ice storms of the midwest, though it's looking pretty close. A campfire is going to feel mighty good tomorrow night. Be safe. And I'll see you tomorrow sometime before dark.