Our corn has three strikes against it this year.  A) WAY late start from seed; B) A windstorm blew it over; and C) There were too few plants for viable pollination.  Despite all of these drawbacks, we did manage to actually get six ears of decent looking corn.  The Mother Ear that provided seed was all a uniform dark red so we have no idea how this corn evolved.  There was no corn anywhere nearby.  It's beautiful corn and we love it, of course.  Notice the interesting radiant pattern in some of the kernels in the bottom photo.  If those kernels remain viable over the winter and test ok with a controlled germination next spring, they will be the ones we plant. Wouldn't it be great to have some uniform ears with such a spectacular pattern?  Maybe we will ever try to find a piece of ground in the country where we can get permission to seed several rows of such corn EARLY next year.  This corn barely had time to get its act together before the growing season ended with a thud. 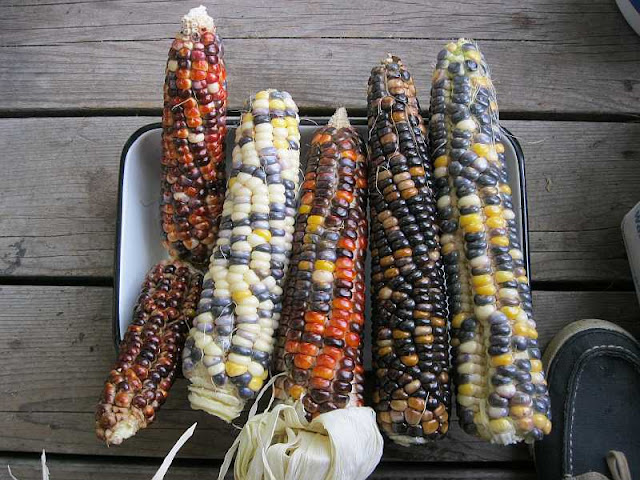 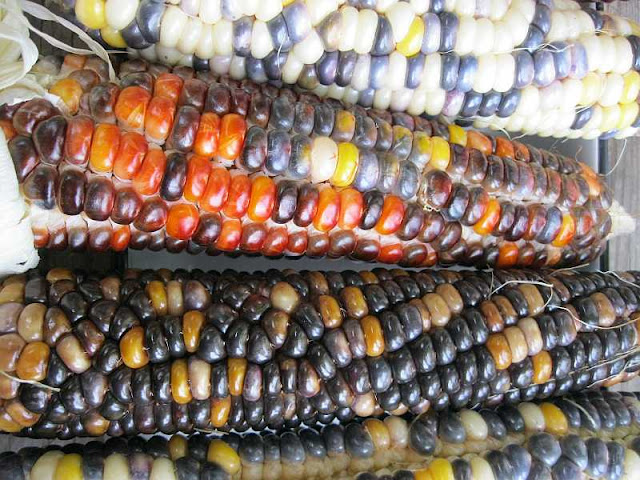 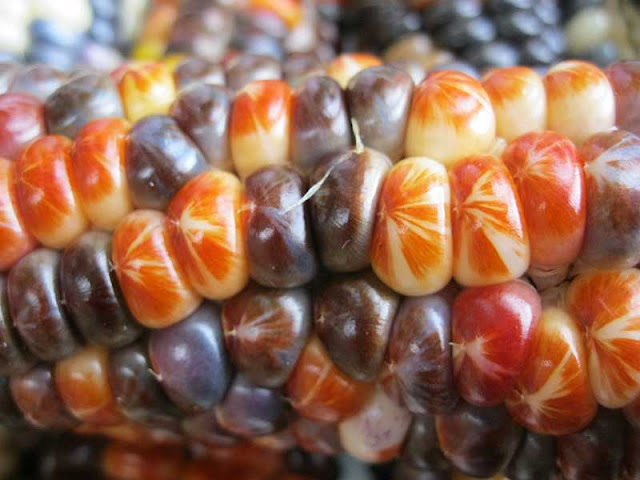 The corn colors are really beautiful. Wish I had that to decorate my front porch with. The key to successful corn is it hates wet feet, actually. You done good, as you might say. Planting earlier probably isn't wise in Idaho Falls or even Boise. Corn hates long wet spring like we had this year. Pre soak the kernals with a paper towell before putting in the ground, but wait until the ground is warm and not soggy. Indian corn was made to be grown in warmer climes than we have, but it sure is fun to see what you got. Maybe you can save some seed for me, and I'll try it at my place next spring.