This was our goal for the day: Squirrel Meadows Guard Station (AKA: Squirrel Meadow Cabin).  We had this cabin rented for three nights this weekend.  We were going to check in Friday morning by picking up the gate key at the Ashton Ranger Station and then we were going to check out tomorrow morning and return the key.  We rented the cabin way back in February when we were in Arizona.  It cost $40 a night plus $9 for the reservation fee so three nights here would have been $129.  We were going to spend the weekend here with Houn' Dawg and his Lovely Bride Suzanne.

Despite our long laid plans, other very life changing events took place and Suzanne's Beloved Father passed on this week.  His funeral services were yesterday.  May he rest in Peace Forever in the Glow of God's Everlasting Grace!  Our hearts and spirits have been supporting Suzanne during these difficult times.  Obviously, we canceled the reservation for the cabin but we wanted to see what the place actually looked like.

You may recall we actually had reservations for this exact same cabin last year on the exact same weekend but something came up that made us have to cancel the reservation back then, too.  Someday, we'd love to stay here for a few days.  Maybe next year.

We were pleasantly surprised to see that teh cabin was behind a locked gate so there would be no miscellaneous traffic during a stay here.  The surrounding area is far more spectacular than we had suspected it would be.  It is a very sweet spot indeed.  Click here for a You Tube video of the setting. 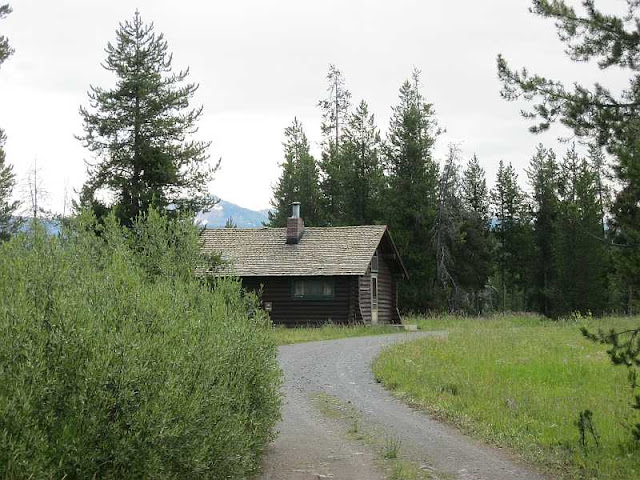 The cabin is located in an area of lush mountain meadow vegetation. 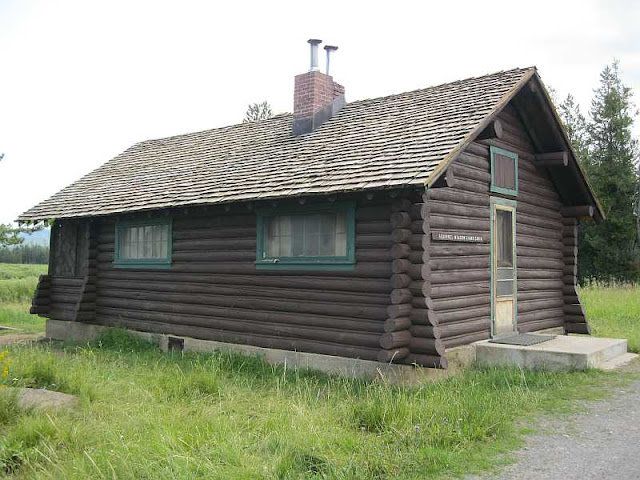 It's one of the Old School Forest Service Guard Stations built before the Civilian COnservation Corps began working with so-called "Standard Plans." 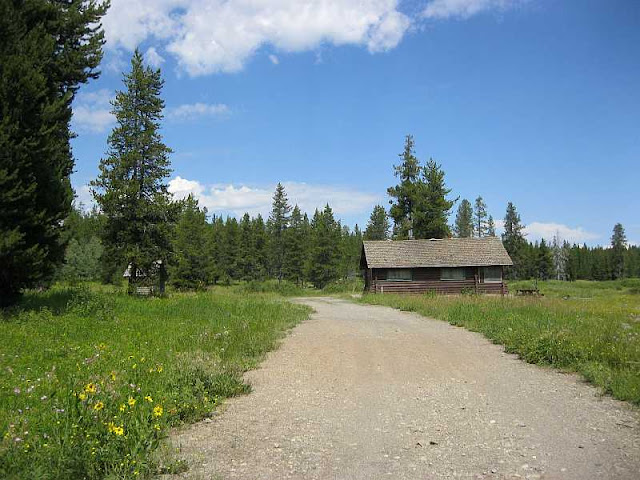 No matter where you look, you are surrounded by the beauty of the Yellowstone Ecosystem. 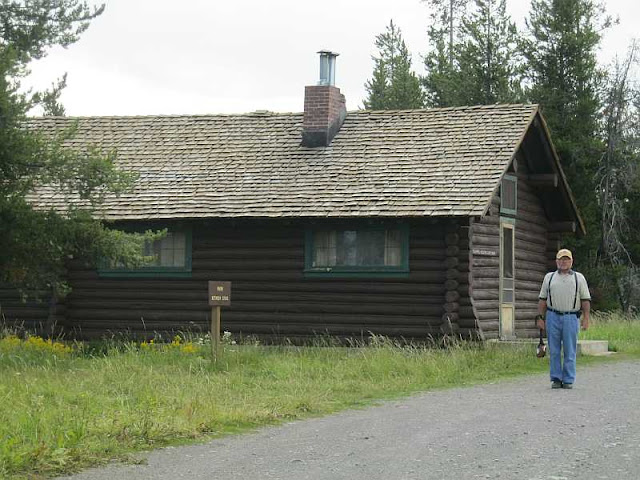 John strikes his best "Guard of The Guard Station" pose. Altogether, we've spent over 600 days in USFS Guard Stations but we love them so much we can't wait to spend more time in the next one! 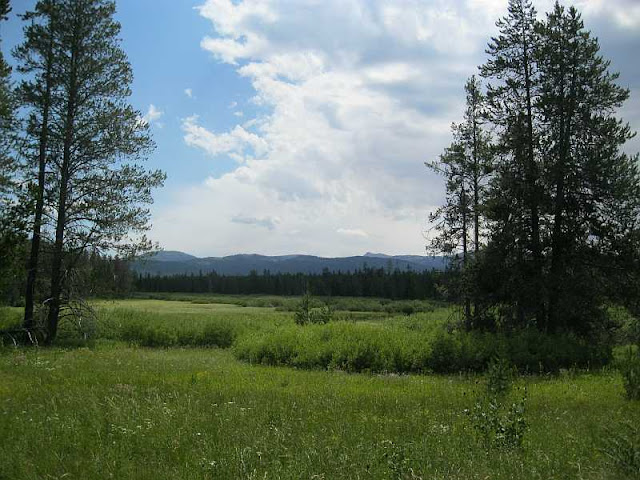 Here's the view out the back. 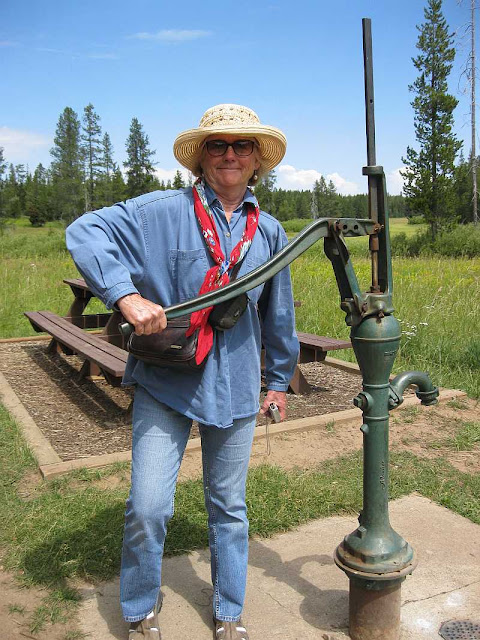 Susun, The Aquarian, in her best "Water Bearer" pose with the cabin's only water supply. 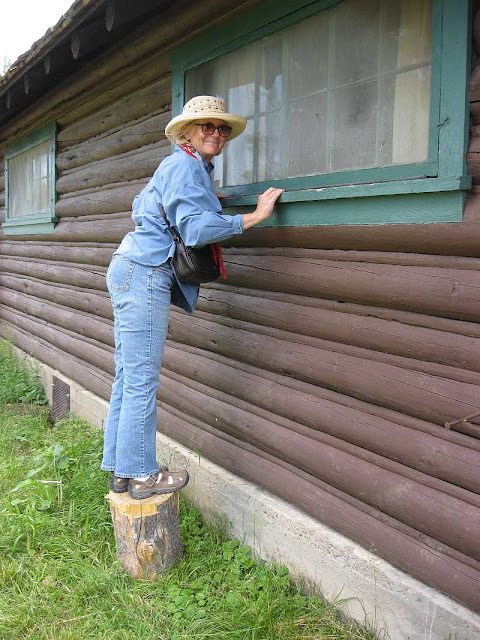 Being official Guardians of Guard Stations, we couldn't resist taking a peek inside.