Back in the Vinyl Daze, people listened to music by putting a thin black disc onto an ancient device called a turntable.  Then a needle-tipped mechanical arm would descend into tiny grooves on the spinning disc and, viola, music would happen as if by magic.  It was all so analog then.  Oftentimes, something would happen and the needle wouldn't move seamlessly from one groove to another.  Whenever this occurred, you would hear the same snippet from a song over and over and over again until you grabbed the arm off of the damaged disc.  People used to call this circumstance "a broken record."

And so it is this morning that we use the old Vinyl Daze terminology simultaneously with the term "broken record" as in long-standing climatological records being broken.  High temperature records have been falling every day in such a repetitious manner as to remind us of the Vinyl Daze use of the term.  They are being broken over and over and over and, unfortunately, there's no arm we can grab to put an end to this refrain.  Take a look at the graphic below that we prepared this morning. 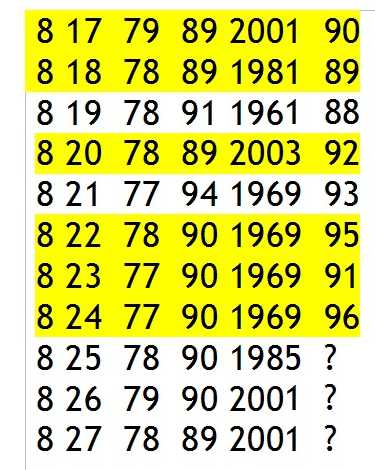 Four out of the last five days have set new high temperature records and six out of the last eight have either broken or tied the previous record high! (Note that the "normal" average temp is much less.  It's the first number to the left of each date.) Yesterday was officially the hottest day of tthe summer....so far.  It's entirely possible that today could top that and set yet another new high for this, a summer for the record books.

As we've noted, normally the hottest temps take place in July.  This sort of thing is so rare in August.  The last such string of highs took place back in the era of Woodstock in 1969.  There's going to be at least two more days of scorching temps here in Tater Nation and then it's over.  Really.  Honest.  This is summer's Last Hurrah.  From here, it's all downhill into winter's lows.  As if on cosmic cue, the temps will become downright docile and normal and, gee, lookie right here folks:

Yep, what you see above is the forecast for Grand Teton National Park during the time we will be enjoying our traditional trek to tent camp at Jenny Lake.  Note that the September 6th low is progged to be four degrees below freezing.  Yep, right on cue!  Ah, Fall, here we come.

All of this high heat wave mayhem has added a whole new spin to the term "pork roast!"  Well, all things must someday end and this, too, shall pass.