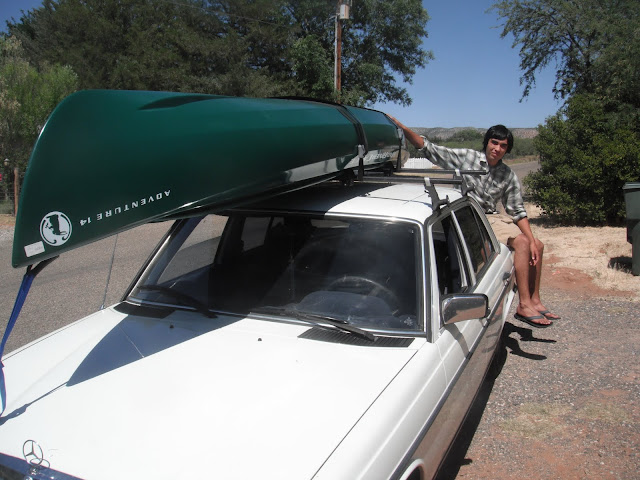 Last week, as some will recall, we titled a blog post "Thursday" and then began to write about Wednesday by saying "Thursday was a blur."  DF & LBR Maggie called us on the virtual carpet on that blooper and we've been mentally snickering about it ever since.  Maggie is really in the midst of a whirlwind right now.  As you can see from the countdown clock at left, time has a habit of fast forwarding straight to her daughter's wedding Saturday afternoon.  Good Luck, Maggie and, of course, congratulations to Kelli and Mike.

Susun dutifully danced over to the Habitat For Humanity Restore for her four hour volunteer stint yesterday.  Susun really loves that weekly dose of retailing.  She really excels at it. Way to go, Sweetie!

My day was basically consumed by shooting sports activities.  On Tuesday evening we purchased three used firearms from a seller in Pocatello.  We turned around and sold one of them yesterday.  The first caller bought it.  That's a long story.  Heck, everything about shooting sports is a long story.  We then had to take a pistol out into the desert for a "get-acquainted" session.  Our first ten rounds missed the 16x16 target board entirely and we were concerned.  Luckily, we were able to compensate and learn how to shoot the pistol more accurately.  We headed out at 4 pm for the weekly IDPA match at the SEIPS range.  Surprisingly, we were highly successful with the new pistol, hitting each of the five targets in the first stage with near perfect accuracy in 8.81 seconds.  My Dad was a Pistol Marksman in WWII and he sure would have been proud. Our remaining stage times and scores were definitely very respectable. We spent four hours completing the match and really enjoyed ourselves.  We're looking forward to each and every match this summer.

The raft buyer is coming down from Challis today so that ought to make today real interesting.  The weather here is typical, low 40's, windy and gray.  The term "new normal" keeps coming to mind when we look out the window each morning.

The Wallow Fire continues mostly unabated but the acreage figures haven't changed since yesterday morning.  We suspect the new figures will be rather larger than yesterday's 389,000 acres.

The river here has inched up a little in the last day.  It's back to near 29,000.  The big news is the Henry's Fork.  It's running 14,000 and at a major new high flow level for the season so far.  Whatever peak it reaches in the next few days will undoubtedly be its 2011 high water mark.  Meanwhile, the BuRec is doing an outstanding job of water management.  They've trimmed the Palisades release from 23,000 down to 19,000.  This should put a cap on the flow through downtown Idaho Falls somewhere in the low 30,000 range once the Henry's Fork flow makes it's way downstream.  The Upper Snake hasn't cut loose like the Henry's Fork and everything appears to be under control.  It didn't rain on the Upper Snake snowpack.  All that rain went to Montana so water managers might actually be celebrating a minor miracle.  It's beginning to look like the House won this game of craps.  Close, very close.

So, what's up with the photo above?  We added it well after writing the blog post.  That's Joshua's brand new boat purchased just yesterday.  Click here to read all about it on The Goatherder's blog.
Congrats, Josh!

Have a great day & Many Cheers, jp
Posted by John Parsons at 8:05 AM

I just heard new estimates, and the Wall O'Fire is about 50K acres smaller than yesterdays reported 389K. I guess that's good news of sorts....