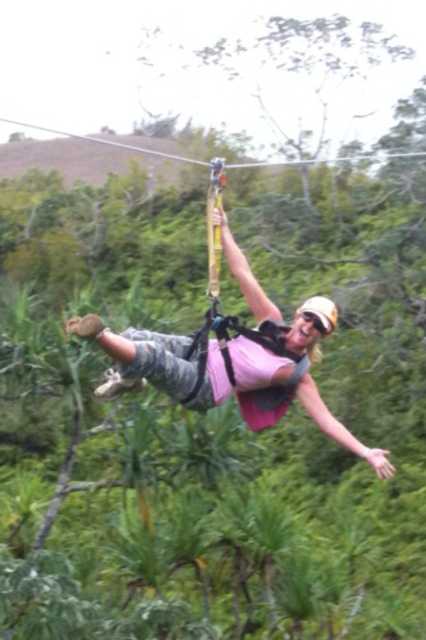 Our favorite weeks we savor each summer are before and after the Summer Solstice.  Even though the solstice is technically the longest day of each year, there's very little difference between let's say today, June 13 and the actual solstice on June 21 (11:16 am MST). Nor is there much difference between any day in early July and June 21.  Each of these days is a delicious long dose of daylight, even if it is cloudy and spitting rain up here in chilly Idaho.  We did actually see some nice temps this weekend: 70 on Saturday and 69 on Sunday.  Anyway, the sun comes up insanely early and seems almost not willing to set this time of year.  We love it but in six month, of course, we know the sun sill be setting before 5 pm around our campfire down in Arizona.  Ah, the ying and yang of the annual cycle.

Kelli and Mike's wedding went off with a hitch on Saturday.  Opps, that can't be right--they got hitched so maybe we should say everything went well.  We haven't received a description yet,  Maggie has swamped with family and friends and matrimonially-related duties.  We did receive a peek at some photos but we can't use them here until the official wedding photos are released to an eager public.  Suffice to say, everyone was absolutely beaming with joy and happiness. 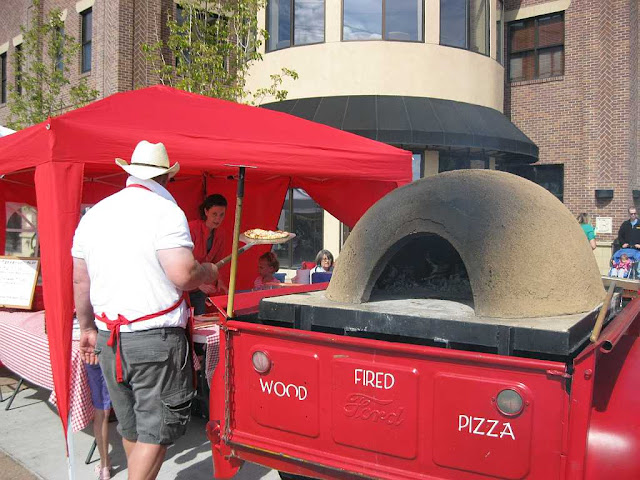 We both enjoyed our Saturday sashay to the Land of Farmers Markets.  It was great here having just one Farmers Market but now there are two and the new kid on the block is really coming on strong.  The high school football coach from Driggs comes over to fire up a trailer-mounted, wood-fired earth oven to make pizza at the new Farmers Market.  That alone makes it worth a visit just to stand and stare at the unique oven on wheels.

Susun was very busy this weekend doing various things for and with Karen L. Karen even came over Sunday morning to join us for our traditional bicycle ride down along the Greenbelt.  We went to the Bella Vita coffee house and enjoyed some expensive beverages.  It felt like a real civilized morning.

Daughter Stasea stayed high in Hawaii Saturday.  She and her friends visited one of the zip line operators on Kauai.  Stasea said this one had nice different stages and it was apparently pretty scary but she managed to complete all nine.  Way to go, Stasea! 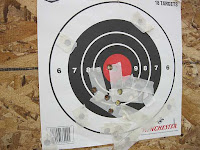 For my part, I logged many hours messing with reloading stuff.  After proofing our first ten handloads Friday up in the caldera, we took about 50 rounds out to the lava flow and they performed great.  We managed to get one five shot group of 2.5 inches at 10 yards.  Our whole reloading gig is now under control and it's definitely a fun hobby.  We're saving about $10 a box for the ammo we're reloading right now so there is definitely some financial incentive to learn this hobby.

The river has backed WAAAAY down here.  It's 21,900 cfs as we type this morning.  That's down from its Friday peak of 31,300. Yep, it created on cue.  It's smooth sailing ahead.  We won't be chattering nearly as much about it in the days and weeks and months ahead.  A couple of things we might start chattering about volcanoes and the sun.  We're been getting some significant volcanic action and solar activity is showing a pattern which hints at the distinct possibility of emitting potential very damaging energy into our atmosphere.  You probably haven't been paying much attention to that Chilean volcano down int he Southern Hemisphere.  It's pretty amazing as far as volcanoes go.  Within less than a week, it's ash had cross the Pacific and closed down flights in Australia!  The particulates from that eruption will definitely, absolutely, without doubt have a big affect on Southern Hemisphere weather.  In times past, that would be a yawner for up here in the Northern Hemisphere.  However, there's a whole new ball game taking shape in terms of how our water vapor patterns are developing and we're getting a lot more of our Northwest precipitation these days from water that started its journey in the equatorial interface near the Indonesian archipelago.  On that cheery note, we wish you a Happy Monday and Many Cheers, jp 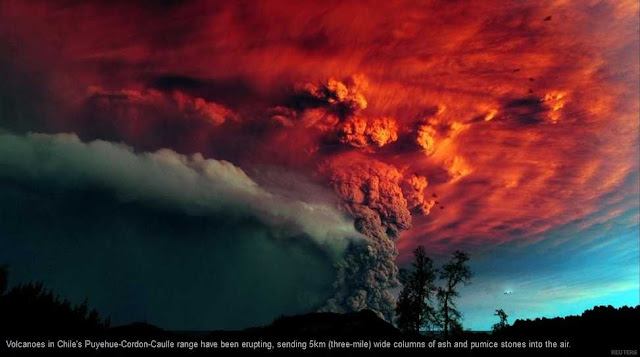 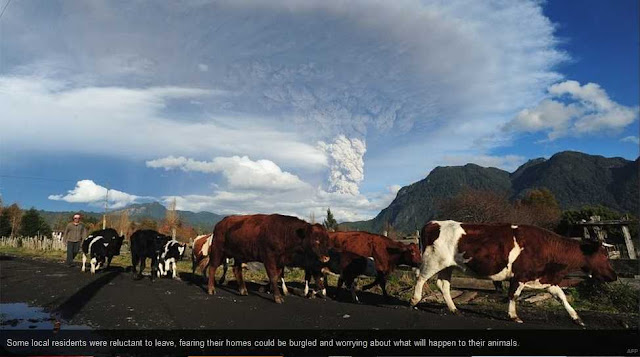