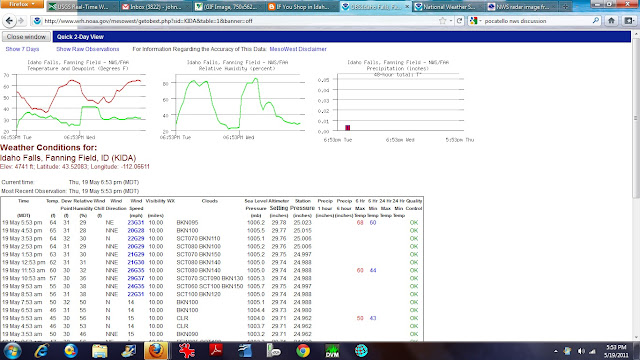 Bulletin--Arizona was/is colder than Idaho.
Today, apparently, Hades almost froze over as we have learned from reliable sources that our friends in Arizona were actually officially colder than we in Idaho.  Now, Class, this is truly weirdness in the first degree.

We received a report from The Goatherder that he was forced to put on pants AND socks today as his high temp was a mere 60 degrees.  By comparison, Idaho Falls rose to the Jimmy Carter thermostat of 68.  Cornville's low as 38 and the Idaho Falls low as 36.  There's ain't much difference between 36 and 38 in the morning--but there's a big difference between 60 and 68 in the afternoon!

Consequently, we can safely say that at least ONCE in world history, Arizona was colder than Idaho.  Amazing but true.
Posted by John Parsons at 7:02 PM