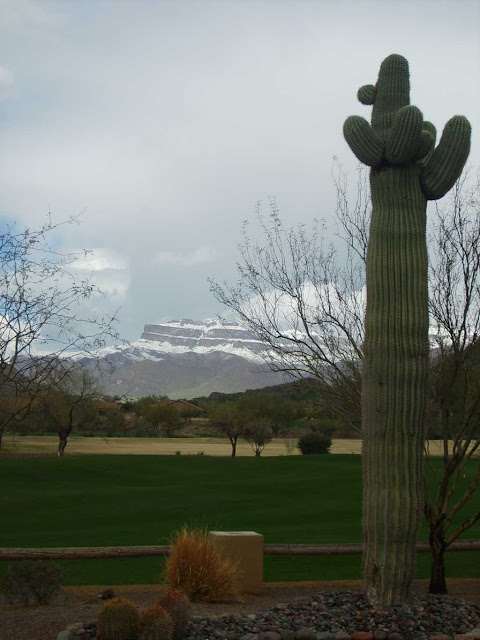 This weekend's storm really put some thicker icing on the cake.  Happy Jack SNOTEL is up to 38 inches of snow.  More importantly, the Snow Water Equivalent (SWE) gained an inch and is now sitting over 10 inches.  Baker Butte's upper SNOTEL has 45 inches of snow with 12.8 inches of SWE.  For all of you boaters out there, this translates with two words: Verde Season.  Yep, there WILL be a whitewater boating season this year on the Verde.  When it will begin and how long it will last is anybody's guess.  But there's one thing I can completely guarantee you--there WILL be a Verde Season.  There probably will NOT be much of a Salt Season.  The snow over there just hasn't built up.  The West side of the state has got most all the snow.  Believe it or not right now, Baldy is sitting on only 22 inches of snow, less than half of Baker Butte.  Usually, those numbers are reversed and Baker Butte is half of Baldy. Odd but true in this whacky year.

Yesterday we drove way out to Gold Canyon so we could get a better view and photos of the snow-covered Superstition Mtns.  I'd never had the honor of seeing them covered with a white mantle.  It was surreal and spectacular.  (Yes, that's a golf course in the foreground.)  All kinds of people were pulling off the roads every which way to take photos of the famous mountains.  It was downright COLD over there in Gold Canyon yesterday morning.  Early Monday, a Zuks of Arizona member posted up photos of a run he and a buddy did Sunday morning at the Sunflower Mine not far from Mesa.  They reported 8-12 inches of snow and their photos sure don't lie! Bear in mind, this is the Sonoran Desert you're looking at here. I've included three of them here for your enjoyment. 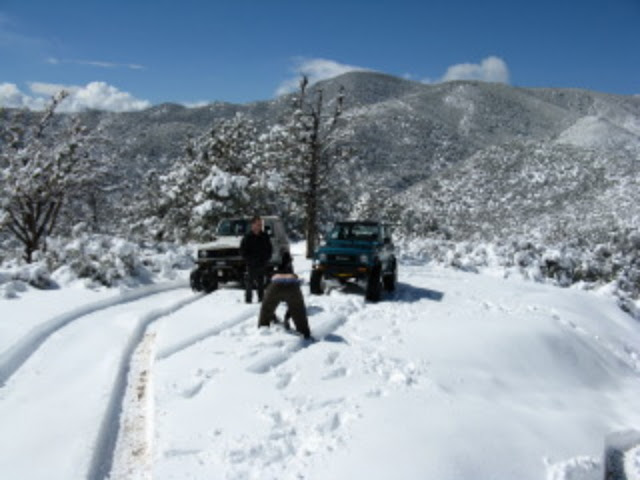 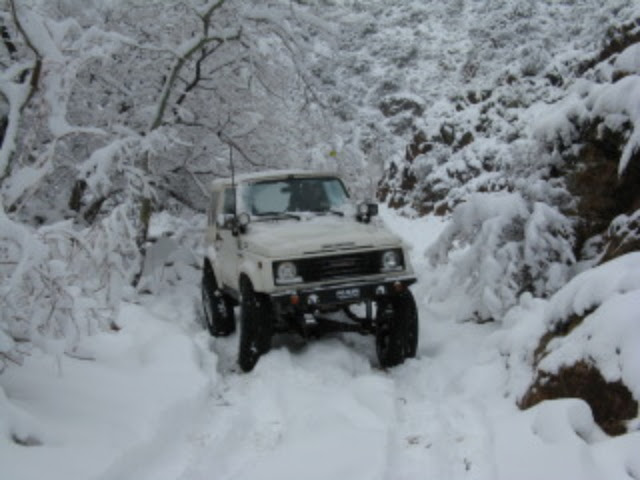 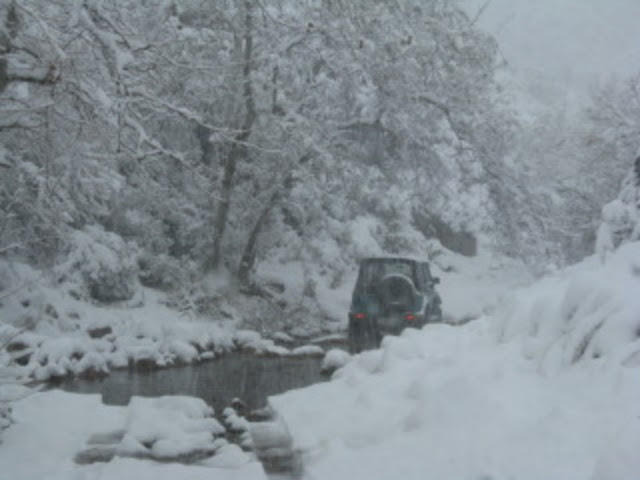 Sounds like I'll have plenty of water to go very fast upon in Gary's Phoenix Cascade Kayak. We're barely four weeks out and I've only been in my kayak once. But and old trained dog like me should be able to get back on that bike; er, I mean boat, after a hiatus since last September.

Maybe you'll show me how to golf. It can't be much different than hockey, except the ball is smaller and hole it goes into is way smaller.