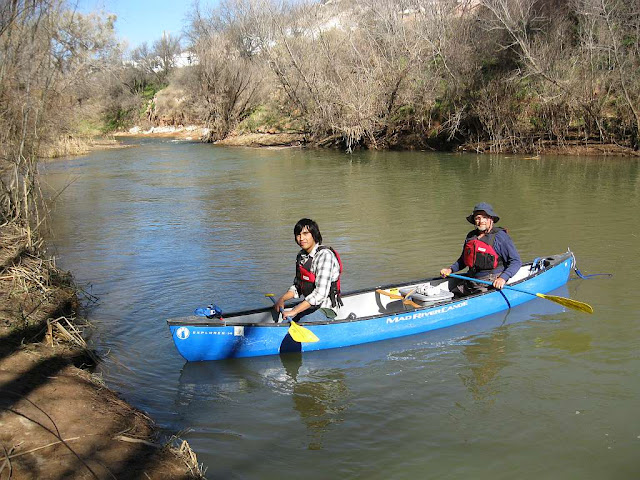 Um...we seem to keep falling farther behind in our blog-o-sphere here.  After posting up the map and photos below, we took off to Cottonwood Thursday in search of a canoe.  Luckily, we snagged one at Dead Horse Ranch State Park along with paddles and life jackets.  Josh W. and I exchanged numerous text messages to arrange a river trip on Friday. We bought a digital voice recorder and a couple of waterproof boxes at Wal-Mart, ran a couple of quick errands and made it home in time to get the campfire up and flickering by 5:15 pm.

Friday morning proceeded at a brisk pace.  We "proofed" out the digital voice recorder, started a blog for the project, outfitted the waterproof boxes and rigged for our trip.  We left the house by 10:30 am and proceeded to scout the Bignotti RAP road.  By some amazing coincidence, it had just been freshly bladed and was in the best shape possible.  We then went over to the Wal-Mart parking lot to meet Josh.  After loading his gear, we headed to the Bridgeport RAP and were rigged and were on the water a little after 12 noon.  Susun took some real nice photos of us at the put-in and had prints waiting for us at the take out.  She's amazing!  Thank You, Sweetie!

I gave Josh some quick lessons in how to stay upright in a canoe and imparted a few paddle stroke demonstrations.  We headed downstream at 12:30.  The channel was surprisingly open, wide and pleasant.  There was one tree completely blocking the channel that required a portage.  All of the other root balls and vegetation were avoidable, although a few produced some close calls.  After about 2 hours, I began thinking perhaps we might make the entire run without any problems.  Wrong.  The Giant Reeds have completely overtaken the river at one point and totally blocked the entire channel with zero options for waterborne passage.  A second complete channel blocked was situated less than 100 yards downstream.  The portage at first appeared impossible.  Luckily, we found a way to wedge the canoe through the trees, mud, beaver-chewed punji sticks, and thin gravel chutes.  Below, we narrowly avoided an almost certain flip when the boat wedged head-on into a mass of giant reeds.

The remainder of the trip was largely uneventful except for a comical vignette.  I stood up to scout a rock-studded ripple and as I say back down on the wicker seat, I misjudged my position and fell behind the seat.  This meant I had my arse wedged firmly into a place I couldn't escape.  I'm not sure how we navigated that ripple and it's strong eddy line below without flipping as I was paddling with my armpits planted right on top of the gunnels.  We both got quite a laugh out of my pratfall and named the ripple "Back A** Ripple."

We arrived and had the boat taken apart and derigged in 3 hours from our launch.  Josh did a GREAT JOB paddling the bow of the canoe.  He was fun to travel with and I look forward to our future trips.  THANKS, Josh! Suzi's Shuttle Service arrived precisely as we lugged the last of the gear to the parking area at Bignotti.  After dropping Josh off back at Wally, we arrived home about 4:30 pm, roughly six hours door-to-door.

Just as we were walking over to unlock our front door, up drove Bill Cook from Duncan, Arizona.  We hadn't seen Bill in nearly four years so we had quite a reunion.  We lit the campfire early and Bill stayed about an hour before heading off to his busy social schedule.  Not long after Bill left, Robin & Gary appeared from the other side of the wash and we all four had a fine time 'round the fire light until well after pitch black darkness.

By the time we finished a late bowl o' beans and some cold chicken, we were both pretty plumb tuckered out.  I overslept this morning and didn't get up until 7:15 am.  After stumbling around in a typical Saturday morning haze, I realize I left my cell phone buried in river stuff out in the truck overnight.  A little after 8 am I shuffled out to retrieve all of the various electronics and, lo, someone had left a voice message a mere 8 minutes earlier.

That turned out to be a call from someone from Showlow, Arizona, who had come to buy our camper shell.  I quickly returned his call and he was GPS-lost.  His Garmin had taken him on a wild goose chase route to our house that is totally wrong.  So, I quickly jumped in the truck and jammed out to find him and guide him to our house.  It took about an hour to complete the $250 sale as he had to scrape off all the old gasket material.  Our camper looked so sweet on his rig as he drove off.

So now we've had a little break long enough to write this blog post but the hustle-hustle will resume shortly when Ray The Electrician shows up about 10 am to begin work on the mangled wiring harness of the pop-top camper.  Then, we had to run off to Myron's place as Sam from Dewey is bringing over a hood prop rod and tire and wheel about the middle of the day.  Hopefully, our day will not continue on such a frenetic pace as its been so far.

We have lots of stuff to process from the river trip yesterday but something tells me it's not gonna happen until tomorrow morning.  Meanwhile, Josh texted and said he's free from "teen-age prison" (AKA: High School) on Monday so we're gonna saddle up the blue canoe and head downstream from Bignotti to someplace TBA. 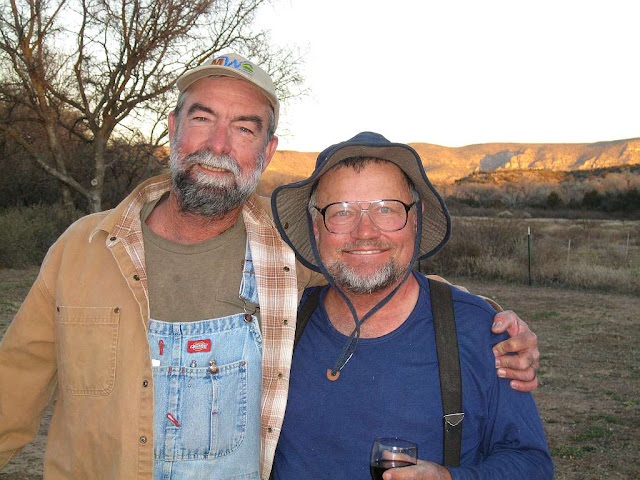 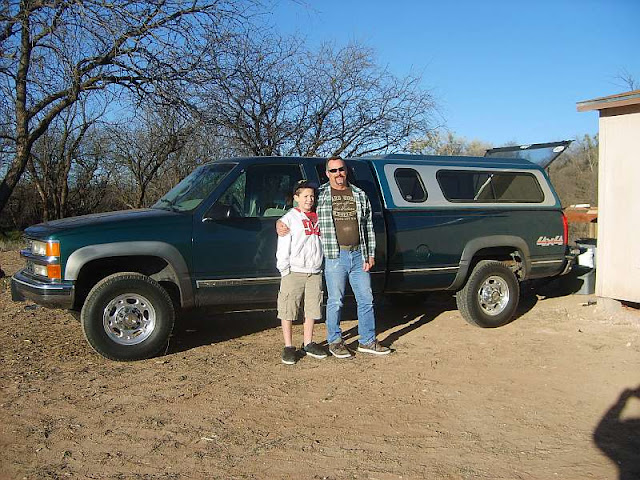