Oh, This is Rich Stuff! 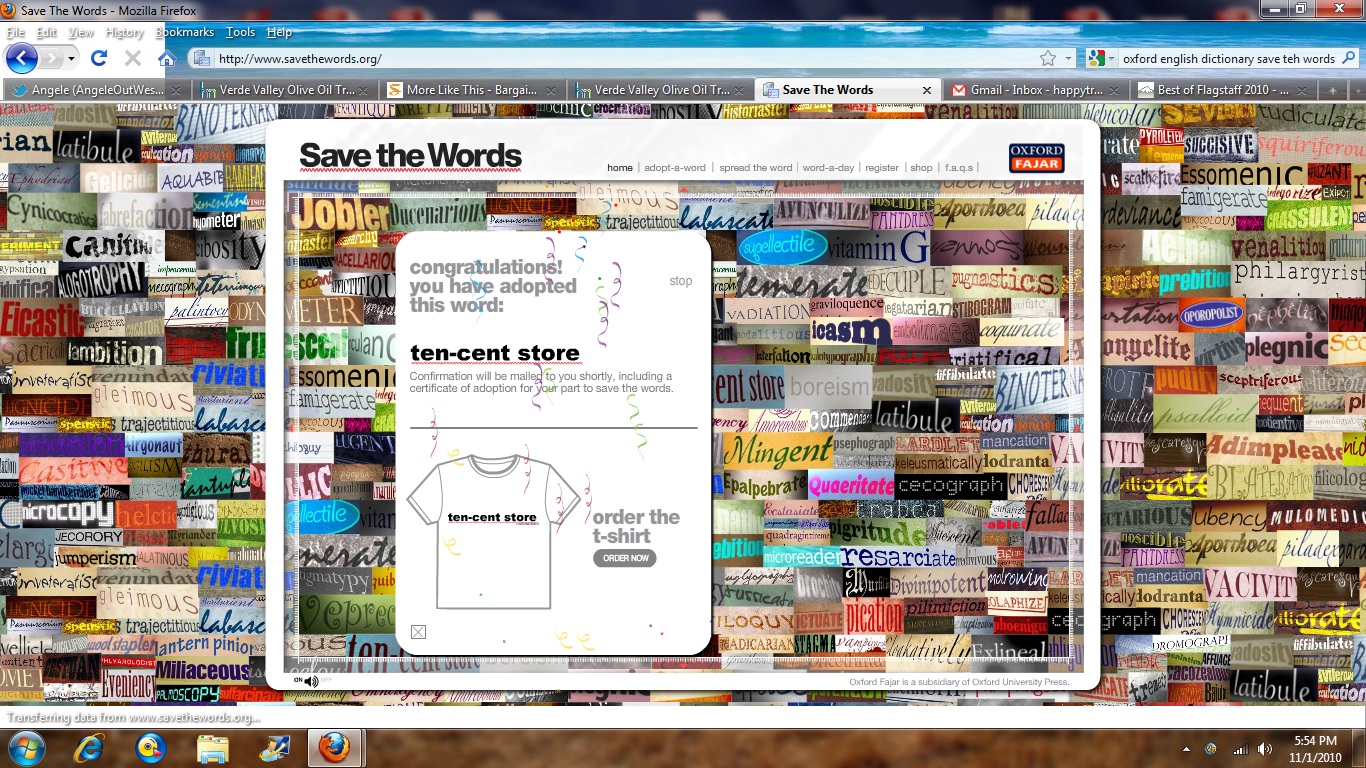 This is Rich Stuff.  I just adopted a word.  It's: "Ten-cent store."  Yeah, doncha think that's a cool word?  Heck, I think I'll start calling t-stores "Ten-cent stores."  Well, it's a noble cause, folks, because I'm helping SAVE the word "ten-cent store" from extinction.

Did you know that some words are becoming extinct?  That's right. If nobody uses some word, it becomes extinct and instead of being listed as an endangered species it gets DELISTED from the Oxford English Dictionary!  Who knew?

So, The Oxford people have started a "Save The Word" campaign.  It's a lot like Save The Whales, only different.  What you do is go to teh savetheword.org website and decide on which word you want to adopt.  Yeah, I know, who thought you could adopt a word?  It's a lot like walking through the Humane Society Kennels with all the barking dogs and mewing cats.  These words are quite literally crying out for your help to save them from obliteration.  It's really touching and truly tugs at your heartstrings.  Once again, who knew?

So, I was mousing around all these words and this "ten-cent store" put on the full court press for me to adopt it and, gee, what could I say.  I mean it's like right down my alley and how could I resist.  All I had to do was sign an online pledge to use the word as much as possible in normal conversation.  Heck, that's a piece of cake for me.  I mean I practically LIVE in Ten-Cent Stores!  I mean I would practically write a Lonely Planet Guidebook to the Ten-Cent Stores of The West!  If not me to adopt this poor wayward word, then who?  And when?  Now, I have a new pet--the Ten-Cent Store.  It's mine.  I adopted it.  I own it.

OK, OK, I know you are all clambering for YOUR own chance to adopt YOUR very own word.  Calm down, you're only a few clicks away!  First you have to be prepared for some on-screen chaos.  When you click on this link, look out!  There's total chaos ahead--there's a huge mass of lonely words waiting for your attention.  Stay strong and stand tall, Buckaroos!  Mouse over as many as you can handle before you find your very own neglected word.

PS--Susun got immediately hooked and picked this word. 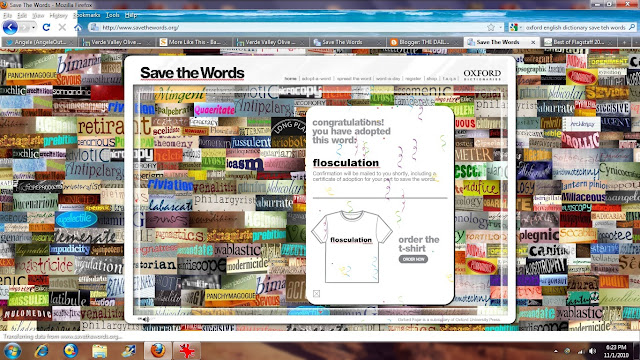