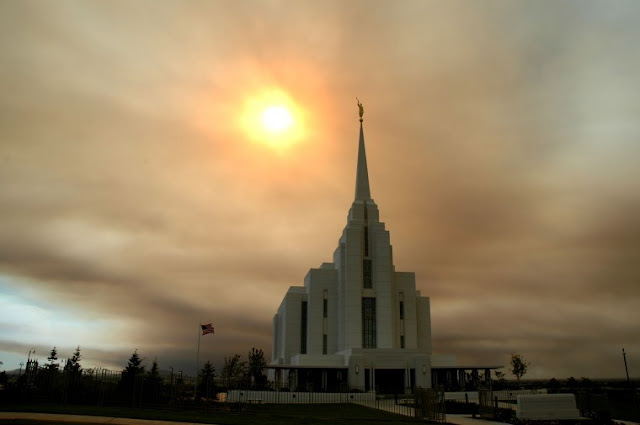 The INL fire has now officially burned 170 square miles in just 24 hours. Assuming a constant burn rate for the past 24 hours, that's 5000 square feet a minute!  Officials are now calling the "Jefferson Fire" the largest single fire in Idaho's recent history.  (The 1910 fires were much larger, of course.)  At a news conference yesterday, INL officials shared this amazing factoid--the fire burned THIRTY NINE lineal miles in a mere five hours! That's nearly 8 miles an hour which is one lineal mile every 7 minutes and 30 seconds.  That's basically 12 lineal feet a second for five straight hours. That's truly amazing and nearly unbelievable except that these guys have "the black" to prove it.

The cause of the fire is still unknown and is under investigation.  Approximately 300 firefighters from INL and BLM are on scene.  The Bureau of Land Management has dispatched 21 fire engines, a helicopter, five bulldozers, five air tankers and an air attack plane to fight the fire.  INL has four bulldozers and seven fire engines on the scene.

The scene above was captured by The Rexburg Standard-Journal yesterday.  I got to tour that Temple in January 2008 before it was Dedicated.  Cool Temple and Cool Spot! Click here to read Thomas Monson's Dedication prayer on 10FEB08.  Great prayer!
Posted by John Parsons at 2:46 PM