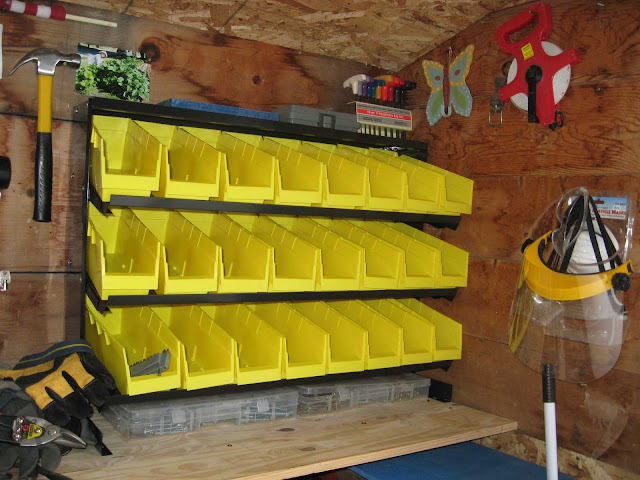 Both of us thought it was a different day today.  Susun though it was Tuesday and I thought it was Thursday.  It was actually Cinco De Mayo but no one here was paying any attention to Mexican Holidays, especially those celebrating the Battle of Puebla on May 5, 1862.  Ironically, the Mexicans were defeated in the war during which this battle took place.  They did not gain their true Independence until September 16, 1865! Most internet resources agree that Cinco De Mayo is a promotion of American beer brewers and other grocery maggots.  Opps, I meant MAGNATES.

After some rather small volunteer duties performed online, I decided to play hookie with the camp scene prep.
Instead, I launched off on our yard early this morning.  I wound up spending nearly 8 hours working in the yard.  Susun jumped in for maybe 5 hours, too--that after her work of at least 4 hours for a client.

Ah, the joys of property ownership!

In the midst of all this yard work mayhem, Riley from Rexburg showed up and paid $300 cash for the canoe and mounted it atop his 1980's vintage Jeep Cherokee and drove off a Happy Camper.  We are now $300 closer to that $1300 Aire Lynx inflatable kayak.

Meanwhile, I decided to spend the long evening hours assembling a Harbor Freight parts bin.  I bought it the other day with a coupon.  It is normally $50 and was on sale for $30 and I got it for $24.  Such is HF.  As anyone Loyal HF Fan knows, such deals entail assembly.  This thing was in 8 main sheet metal parts and 22 nuts-bolts-washers combinations.  As usual, some Chinese guy wrote the instructions and his English has a lot to be desired.  Lucklily, I assembled an exact clone of this one back in December in Arizona so I knew the drill.  It only took 90 minutes to get it together and in place in the outdoor workshop.  With it we will become far more organized.  Obviously, that is the goal.

It was Tofu Night tonight.  Susun did a truly outstanding job at making tofu not only appealing but appretizing as well.  GREAT JOB, HONEY!  This tofu's for you!  Couples who tofu together, well...maybe we ought not go there.

We had an interesting episode with a 33 year old North Face down sleeping bag.  It's too long to tell here tonight.  There are many more chapters in the story that is evolving with this bag.  Let's just say it's a mighty interesting story and we can hardly wait to see ourselves how it all turns out.  Call it a  SIP: "story in progress."

stasea was here and the last 5 days..lovin the daily news, even if its every few days for me!! Big hugs to you both!!