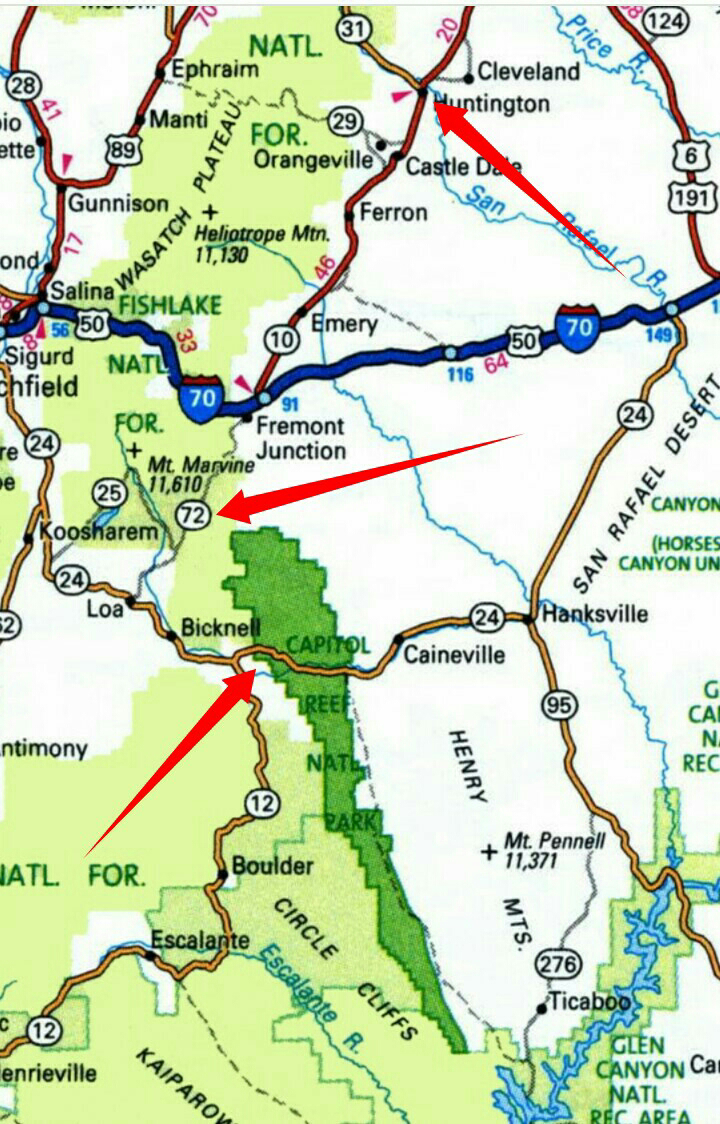 A Merry Meandering Monday...
We're at the top arrow due west of Cleveland...but we're definitey not in Ohio! We head south on what Utahans are now calling "Carbon Avenue." Maybe it should be called The Coal Truck Causeway.

We cross under I-70 and use a frontage road to gain access to Utah 72 (middle arrow). That fun road takes us up and over the east flanks of the Fish Lake Mountain area. UT 72 drops us out near Loa, the Wayne County Seat. Eighty years ago, every house in Loa was on a corner.  Seriously.  You can read about Loa and its neighbors from the 1941 WPA Writer's Project book on Utah by clicking the ridiculously long link at the end of this post.
We turn left there on Utah 24 and eventually go through Bicknell. Bicknell was once called Thurber after the first intrepid dude that settled the desolate area.  Well, by and by, some effete Easterner named Thomas W. Bicknell said he would donate a library to any Utah town that took his name.

The Good Citizens of Thurber jumped at the chance but so did those of Grayson. So Tom split his donation between the two and he got Bicknell while Grayson became Blanding, his wife's maiden name,
Bicknell might be the only remaining Utah town of its size to still have a functional movie theater. The owners cooked up an International Film Festival which occasionally brings Bicknell a few seconds of fleeting fame.
Torrey's the last settlement before entering Capitol Reef.  We first visited Torrey over Thanksgiving 1982. Ever since then we've been convinced there's really nothing much actually in Torrey, except for the obligatory tourist motels and restaurants.

But that a changed last year when Ann Torrence and her husband opened The Etta Place Cidery.  Having a cidery in rural Utah is kinda like having a meteor drop into your backyard...or something.  The cidery's products recently received SIX medals at the nation's premier cider judging contest: four bronze and two silver. 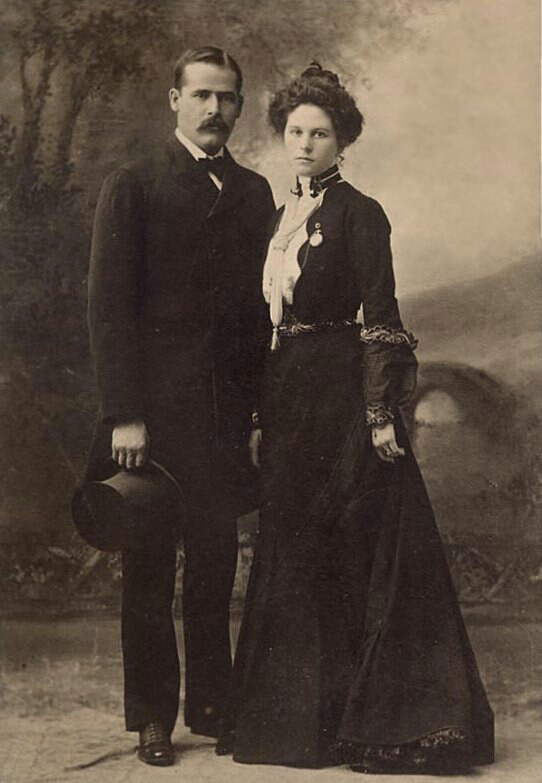 So now we can confidently say there really is SOMETHING in Torrey.  And why is it named Etta Place, you ask?  Ann chose to honor The Sundance Kid's Love interest.

Our interest in Torrey definitely perked up when Ann'e Etta Place opened up.  Ann's most famous to us at least for writing THE book on US 89. Her book will never be topped.  Ever.
How Ann jumped from studying US 89 to the cidery business is quite an intersting and endearing story.  Maybe we can get her to tell it someday.
Technically, Fruita is the last community before our campground but it's not a real town any more.  It once had over 100 residents.  However, the NPS acquired all the private land and now only NPS staff live there in "company housing," so to speak.
So, that's our Merry Monday ahead.  It's probably about a hundred miles, plus or minus.  EZPZ day.
https://books.google.com/books?id=n28KXZRkmoEC&lpg=PA348&ots=MiTP-n7coK&dq=what%20is%20the%20loa%20bicknell%20area%20called%20in%20utah&pg=PA348

Fun day. Learned more about Loa and Bicknell than I ever did driving through a couple dozen times